March 3 2015
24
US sells weapon only those buyers who are its ultimate owner and undertake not to transfer the goods to another user in the future, said a White House spokesman, commenting on reports of a possible diversion of American weapons from the UAE to Ukraine. About this newspaper writes Look with reference to tass. 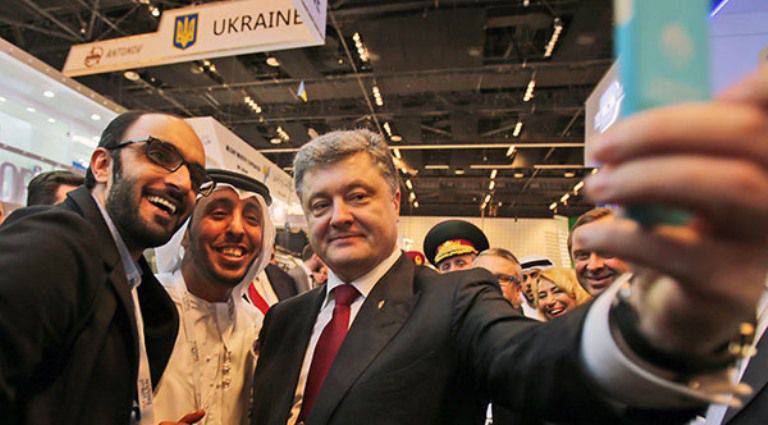 The answer of the official of the presidential administration did not clarify the issue of “leaks”. Only one thing is clear from it: it is impossible to transfer weapons to third countries.

“Ukraine is a sovereign country that has the right to enter into agreements with other countries,” he said. “We recommend that you contact the relevant governments for any details of the new trade agreements.” And this comment was followed by the information that Poroshenko entered into some contracts at a military exhibition in Abu Dhabi (UAE).

“In accordance with our law on the control of the export of weapons and its regulations - regulations governing international transfers of weapons - all transactions for the sale of American weapons require the buyer to consent to the final use, i.e. making sure that the buyer is the final recipient of these materials and undertakes not to transfer them to the other party without the prior consent of the US government, ”explained the White House official.

After Petro Poroshenko’s trip to the United Arab Emirates in the American media, there were suggestions that Ukraine “would get American weapons, in many cases purchased by the Emirates”. In this regard, the opinion was expressed: "The United States is leading the matter to the escalation of the Ukrainian conflict and arming Kiev with weapons" washed "through Abu Dhabi."