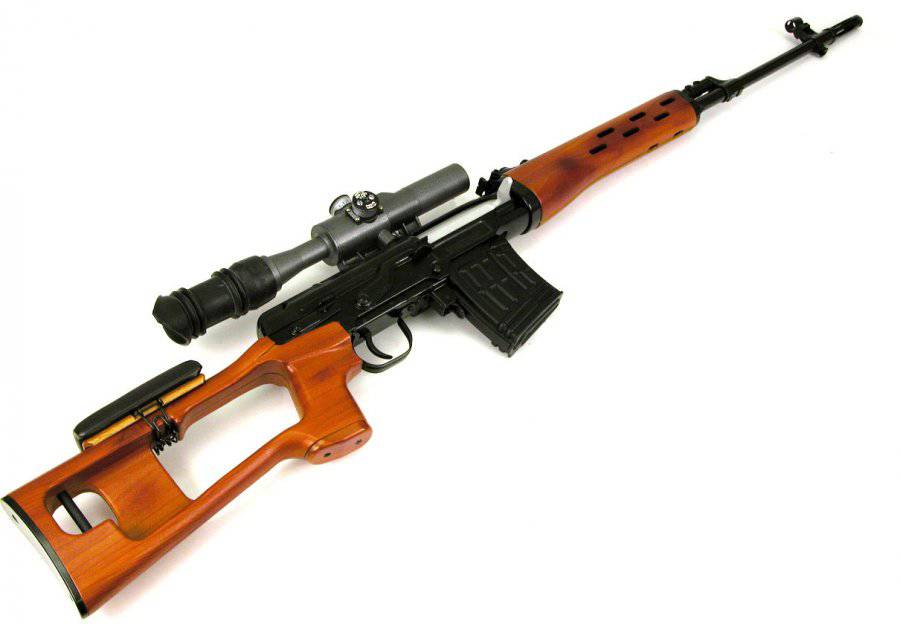 The Defense Ministry plans to decommission the legendary Dragunov sniper rifle - the SVD. The military came to the conclusion that in modern conditions army snipers need rifles of caliber 8,61 mm. A bullet of this caliber - 0.338 Lapua Magnum - flies much further and more accurately than the standard 7,62 mm SVD.


Chief of the General Staff Nikolai Makarov said that until Russian gunsmiths make a rifle of the right caliber, weapon for snipers will be purchased overseas.

Now chambered for 0.338 Lapua Magnum rifles produce about 10 weapons companies from England, Finland, USA and Germany. Some of them, such as the English AWM-F and the Finnish TRG22, are already using units of the FSB of Russia, which increases the chances of these complexes to get into the Russian army.

Western rifles differ quite strongly from the SVD. Aim shooting range in AWM-F 1500 m, in SVD all 800. The military argue that on the battlefield such a difference can cost a sniper life, so she has no future.

“The Dragunov sniper rifle is an excellent weapon: it is light, comfortable, rapid-firing and reliable. But in the present conditions, it does not meet the tasks set, they told Izvestia in the Ministry of Defense.

A new rifle will not necessarily be foreign. At Izhmash, which has been producing SVD for almost 10 years, Izvestia was informed that it had developed several rifles for the 50 caliber. And even showed them to the military.

- We have several models. It’s hard to say that the military is not comfortable there, the rifles are good, the Izhmash representative suggested.

The son of the SVD developer Evgeny Dragunov, Alexey Dragunov, is working on Izhmash on the new weapon. He told Izvestia that it would take about a year to create a fundamentally new rifle.

“It’s just impossible to take and make a 8,61 caliber SVD; there you need to seriously change the dimensions of the components. In this case, you can leave the design of the SVD, but you can make a fundamentally new one. Everything depends on tasks, - the son of the legendary designer noted.

Dragunov believes that now the main choice will go not for the firing range and caliber, but for the rate of fire and the method of reloading.

“American snipers in Afghanistan very quickly found out that self-loading rifles are much more practical than those that need to be loaded manually,” said Dragunov.

Self-loading is one of the main advantages of the SVD, which allows it to remain popular with the military when firing at close distances. The shop of the Russian rifle holds 10 cartridges, while the Western models have no more than 5. Most long-range rifles are generally "disposable."

Considering that army rifles are needed for army snipers who are about to be introduced into each land brigade, self-loading can become a key characteristic when choosing a weapon. In this case, the design of the SVD, adapted to the caliber 8,61, may be competitive.

We are in Yandex Zen
A new sniper rifle, created in the framework of the ROC "Precision", is ready for serial production.
63 comments
Information
Dear reader, to leave comments on the publication, you must to register.