Will Turkey become the new leader of the Islamic world? 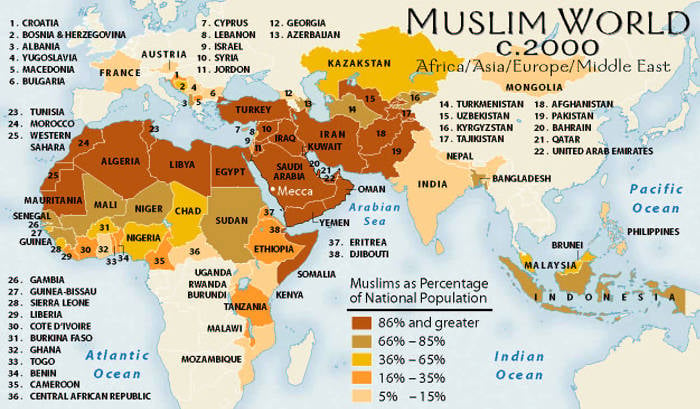 An endless series of protracted Arab revolutions, which were initially called “springs” and now survived the summer and entered the autumn, lead to serious changes in the world order. If several years ago the world was unequivocally divided into NATO and non-NATO, “its” and “alien”, then today such a clear border sometimes becomes not only difficult, but also impossible. American foreign policy aimed at planting “democratic” principles acceptable to the United States today, these principles are no longer averse to understanding the hierarchical system of relations in the Taliban movement or the Islamic Brotherhood Muslim Brotherhood. And, really, why should you stand on ceremony, if you can get access to the enormous oil reserves in Libya, Iraq, the way of drug trafficking in Afghanistan with the hands of your former sworn enemies? It is no secret that the export of drugs from the same Afghanistan after the start of NATO operations there has grown significantly. American troops, fighting against an abstract adversary, do not at all accomplish the task of “fraternal” assistance to the people of Afghanistan, and do not even defend the interests of the United States — they simply create a path for capital inflows to Western billionaires who are very good at this war.

It can be noted that the value system of the modern world has nothing to do even with the fact that it was only 20-30 years ago. Today, speaking about upholding the interests of a particular state, we must look back at the economic component of the process. World leaders will not "dirty" white pens, if in the place where their attention is directed, there is no oil or gas.

That is why the Arab coups that take place under the slogan “Give democracy!”, In fact, reflect the interests of certain groups of people who have already found with their eagle eye deposits of expensive minerals. Today, passions are tearing apart Libya, and so far no one really knows who will be able to control all of its innumerable deposits of "black gold." Against this background, Tunisia and Egypt look somewhat orphaned, where the revolutions have already ended, and questions about the bright future of the people do not end. Americans and other adherents of democracy somehow sluggishly react to everything that happens in these countries. It is understandable - neither oil nor gas in such quantities as in the same Libya is there. And if not, then, they say, why continue to continue the "democratic" attempts.

In this regard, the emerging vacuum in both Egypt and Tunisia is not averse to filling the radical Islamists as well. The main thing that the West looks at it through his fingers. One can imagine what the Egyptian resorts will become after the banner of Shari'ah develops over them. For obvious reasons, in a bikini, showing all its charms, and with a bottle of whiskey in hand, in Hurghada and Sharm al-Sheikh, you are no longer clearing up. Are the Egyptians themselves ready for such a turn of events? Most, unfortunately - yes! To understand why, you need to consider the life of an ordinary Egyptian during the reign of Hosni Mubarak. Egypt, with its huge tourism sector, received enormous revenues from the fact that millions of tourists visited it annually. At the same time, the average citizen had an income that was barely enough to feed his own family. Then tell me, what for this average Egyptian will change if the Islamists come to power? In financial terms, probably nothing. And besides, he will cease to see how drunken American, German and, of course, Russian tourists pass from the beach to the hotel. Here, Egyptian nationalism with an Islamic touch will leap from this man.

And the new Islamists are not afraid of ordinary Egyptians, but those who are interested in developing the tourism business are owners of hotels, yacht clubs, diving centers and other Egyptian tycoons. They have something to lose. Well, NATO doesn’t have much to do with them - they say our people will rest in Miami or on the Cote d'Azur. Just…

Having caught the tendency of a temporary “lack of land” of other Arab states who boiled over by revolutions and other Arab states, the Prime Minister of Turkey, Mr. Erdogan, decided that this moment can and should be used until someone made it forward. Against the background of manifestations of radicalism in Egypt, Tunisia and Palestine, Erdogan decided to call on the Muslim countries of the region to mutually beneficial cooperation. More precisely, the Turkish Prime Minister read his state for the role of the new leader of the Muslim world. Before the “Arab Spring”, Egypt was considered to be such a leader. Recep Erdogan has already managed to make a number of meetings with representatives of the listed states and to offer them a new formula of cooperation, in which Turkey will take a managerial position. In other words, Turkey wants to create an alternative to the military Alliance on the territory of the Muslim states of the Middle East and North Africa.

Such efforts by Turkey are taking place against the backdrop of growing confrontation with Israel. Once friendly countries finally ruined mutual partnerships after the famous "Flotillas peace ”, heading from Turkey to the Gaza Strip blocked by Israel. Then, nine Turkish citizens died at the hands of Israeli special forces, and the cabinet did not express a shadow of regret over what happened. Turkey began to boil, expelled the ambassador of Israel, her example was followed in several other Islamic countries. The situation is even more tense due to the fact that Turkey literally puts pressure on the UN with the goal of recognizing the Palestinian Authority as an independent state.

In this situation, perhaps the hardest of all is the United States. Secretary of State Mrs. Clinton, commenting on the conflict between Israel and Turkey, looks rather confused and hardly selects diplomatic terms, of which it is completely incomprehensible on whose side she personally and the United States as a whole. This is not surprising, because the United States for all obligations must support Turkey, because it is a member of NATO. And what about Israel, which is the only state among the parties to the conflict that has nuclear weapons. Moreover, Israel has always been considered the stronghold of the United States in the region. It turns out that the United States can not support anyone in this confrontation. In this regard, the Americans are somehow ingratiating that they do not seem at all, asking the UN to postpone the decision on the question of the independence of Palestine.

In fact, Turkey makes it clear to the whole world that now in the Middle East even nuclear powers will have to reckon with it. If the same Egypt and Tunisia accept the proposal of Erdogan, then the further course of Islamization under the Turkish flag will become obvious. But whether Erdogan will be able to control radical Islamist movements is a big question.

We are in Yandex Zen
"IG" in Afghanistan. Will the war come to Central Asia?
Taliban add to friends
14 comments
Information
Dear reader, to leave comments on the publication, you must to register.