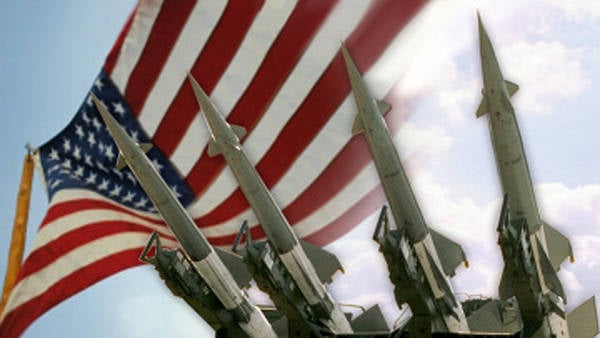 WASHINGTON, September 15. The US presidential candidate from the Republican Party, Mitt Romney, said that Barack Obama was unable to obtain Russia's consent to serious sanctions against Iran after he "surrendered" Moscow to anti-missile defense facilities in Poland.


According to Gazeta.Ru, Romney believes that currently the main threat to global security is Iran, which has nuclear weapons. The presidential candidate is confident that Obama could put pressure on Iran, but ran into Russia.

"Moscow had one task - to remove the US missile defense facilities from Poland. And he handed over these facilities to the Russians," Romney told Fox News.

He stressed that if the US president reached an agreement with Russia in such a way that it supported serious sanctions against Tehran, the Americans would have an opportunity to put pressure on Iran in order to slow down the nuclear program.

Romney also added that he would not have “surrendered” to Moscow what “the Russians needed first and foremost” (objects of the missile defense system in Poland - approx. “Rosbalt”) until he received the consent of the Russian Federation on sanctions against Tehran.

Earlier, the head of the Atomic Energy Organization of Iran, Fereydun Abbasi Davani, said that international sanctions would not stop the Iranian nuclear program.

"We consider the use of the atom for peaceful purposes as our legitimate right and firmly intend to defend it. Nuclear power contributes to the development of industry and science in Iran, and we are not going to give up its development," he said.

According to Davani, the international sanctions announced against Iran not only made the country stronger, but also brought it to the leading position in terms of economic development in the region.

Iran began developing nuclear technology in the middle of the 1980s. Western countries accuse Iran of developing a nuclear weapon under the cover of a peaceful atomic program. Tehran rejects all allegations and states that a nuclear program is needed to meet the country's electricity demands. International mediators on the Iranian nuclear issue, together with the IAEA, are trying to get Iran to suspend uranium enrichment activities.

We are in Yandex Zen
Geopolitical mosaic: Mitt Romney decided to abolish the US Department of Education in the United States, and Berezovsky to establish a monarchy in Russia
15 comments
Information
Dear reader, to leave comments on the publication, you must to register.