12 September 2011
1
Writes dervishv: 26 June 2011, a group of journalists and bloggers, at the invitation of the press service of the municipality, visited the 200 squad of RCBZ.
Of stories Chemical Defense Forces: The foundation day for radiation, chemical and biological defense troops is considered to be 13 November. It was on this day in 1918 that the order of the Revolutionary Military Council on the establishment of the chemical service of the Red Army was signed and, apparently, it was not by chance that this was done a day after the end of the First World War, during which the first cases of mass use of chemical weapons. In recent years, new, new tasks have been set before the troops of radiation, chemical and biological protection, in particular, to counter chemical and biological terrorism. 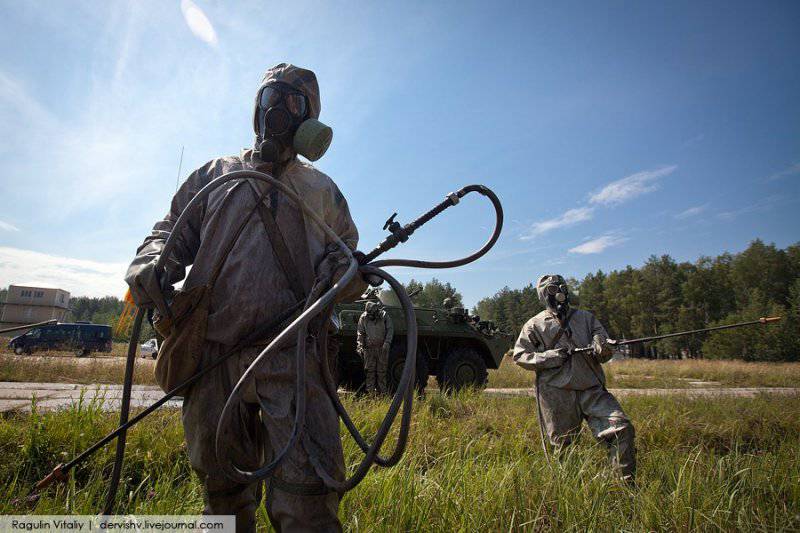 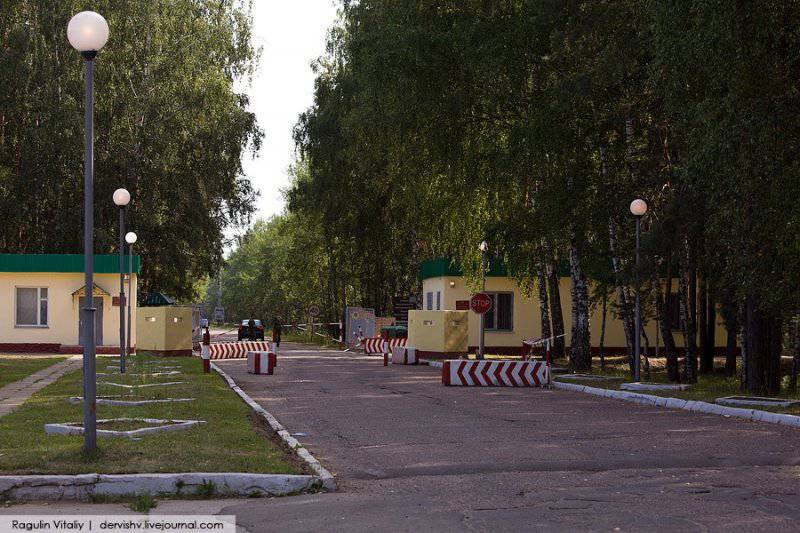 And here we are at the checkpoint. 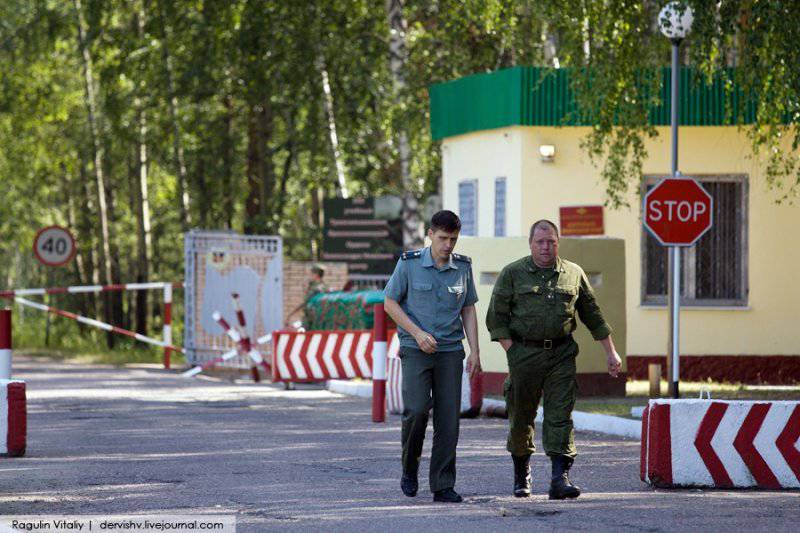 We are met by the deputy regiment commander. 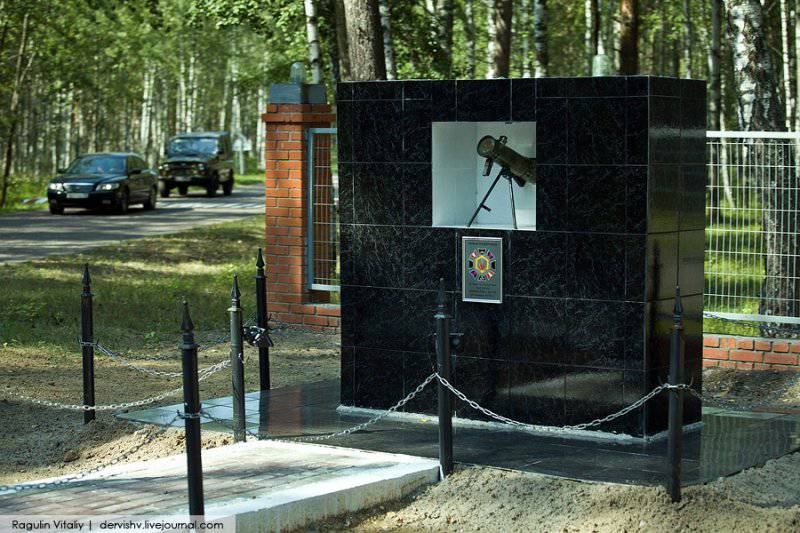 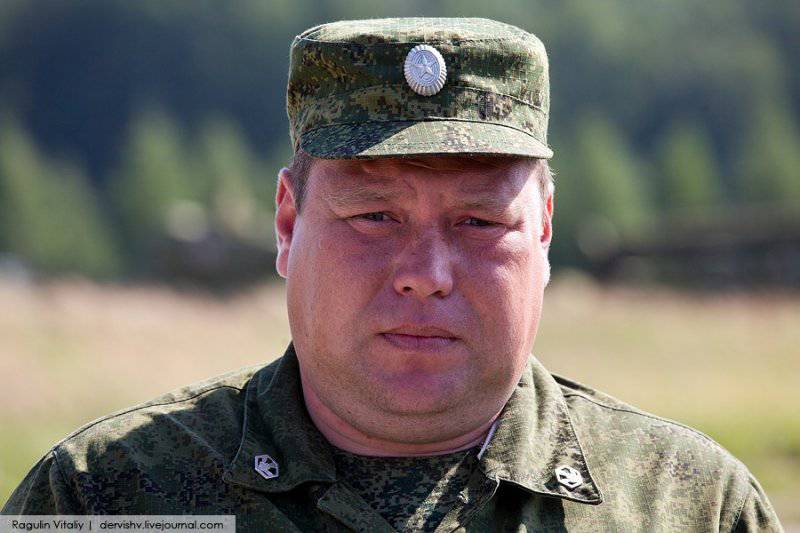 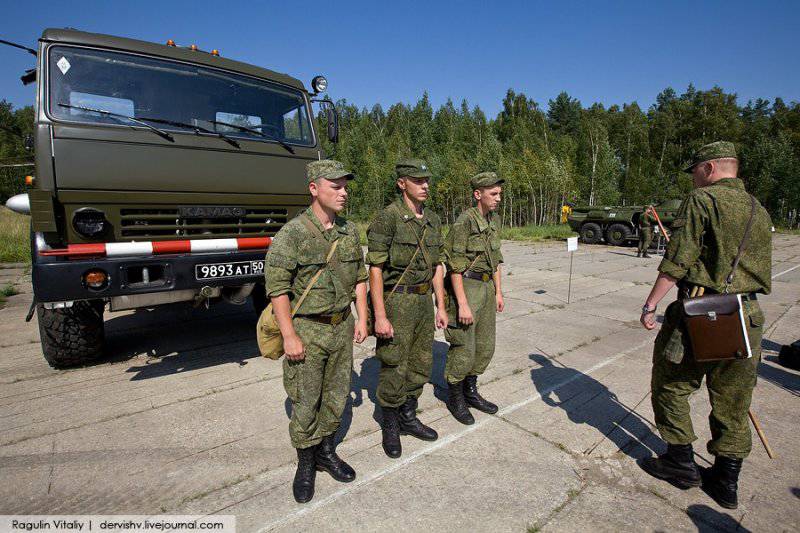 After dating and briefing, we go to the places of study. 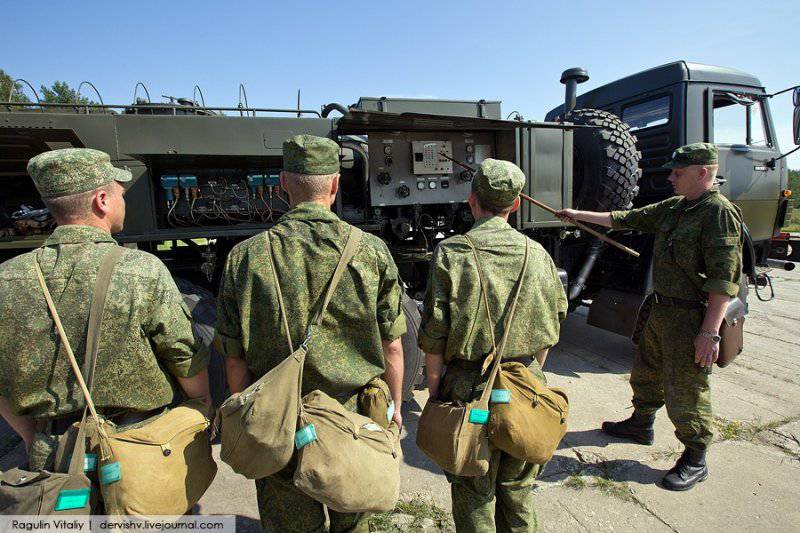 Lesson with the soldiers of the spring call. 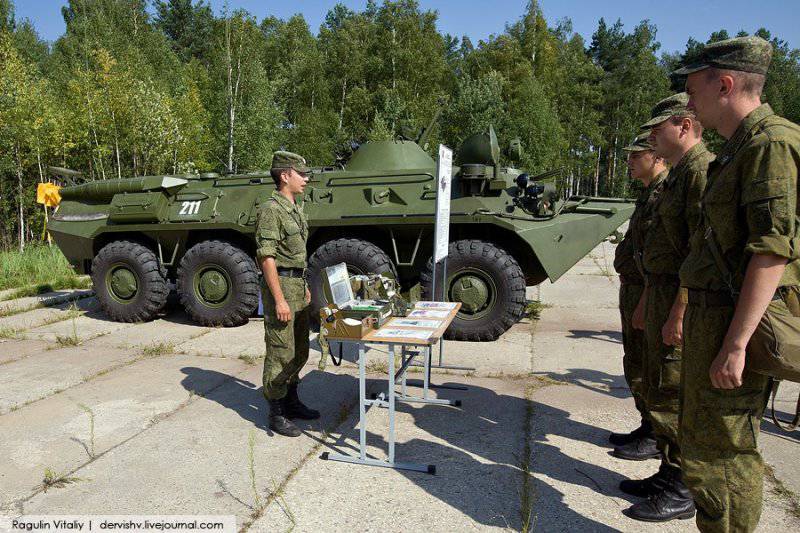 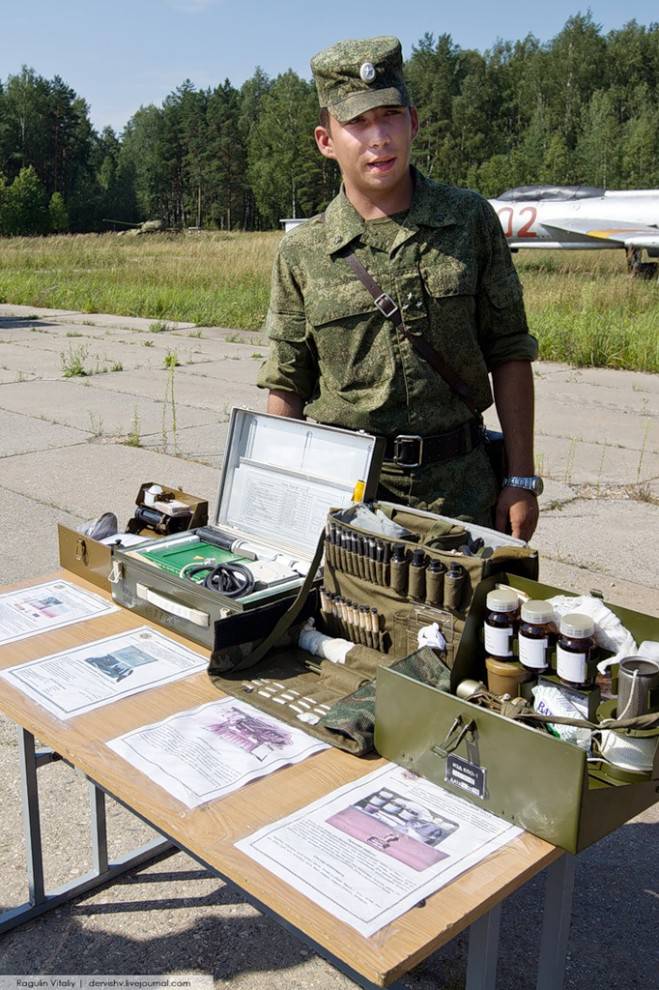 Everyone listens carefully to the officer. 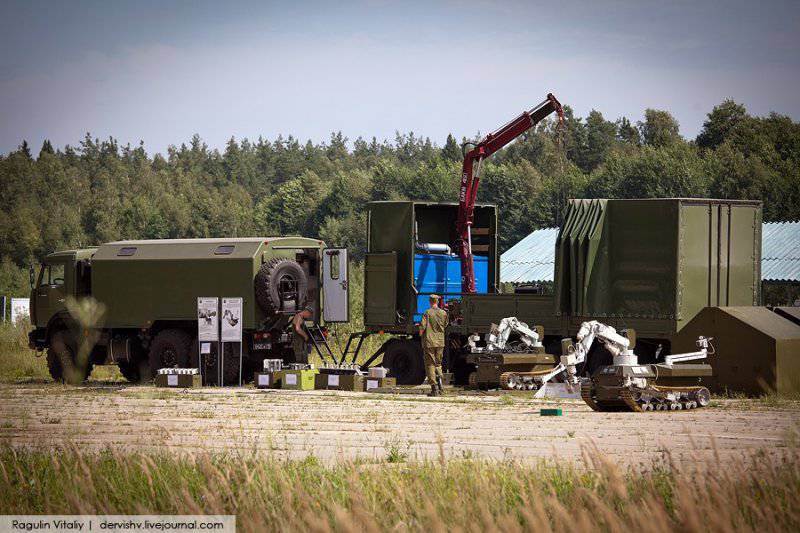 And the most interesting was waiting for us at the third training point. Fighting robots 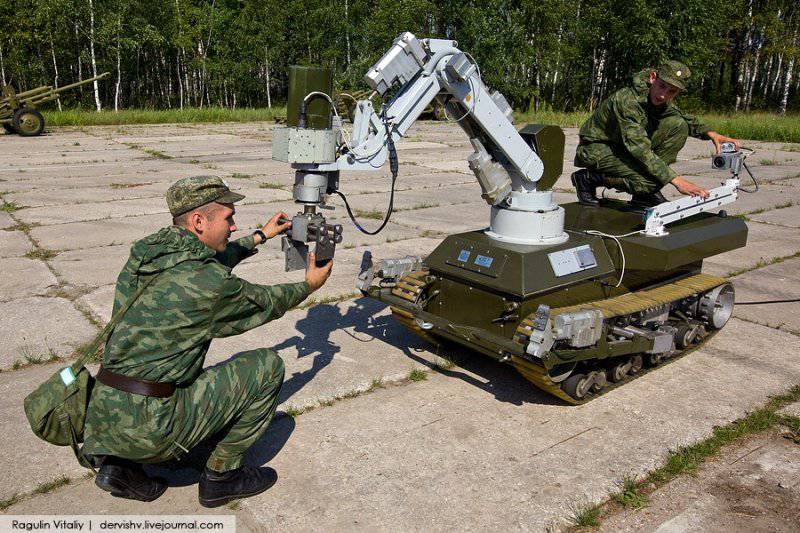 Soldiers prepare the robot to work. 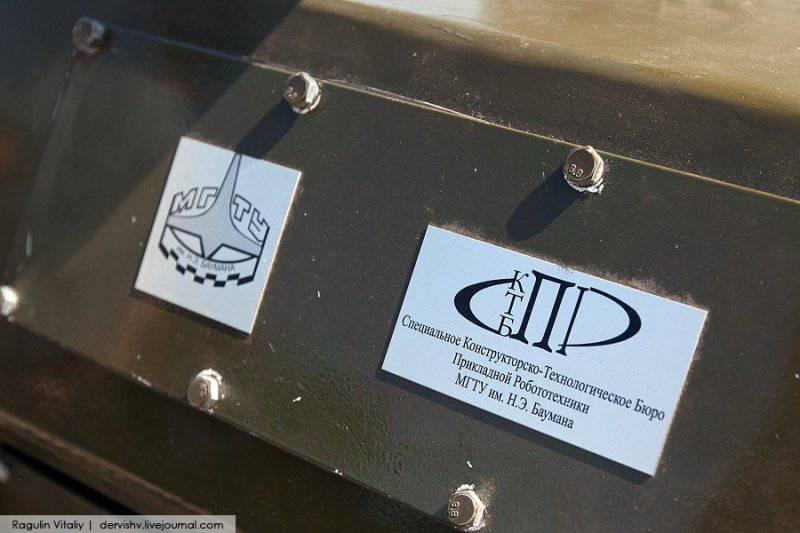 The authors of this miracle, engineers from MSTU. Bauman 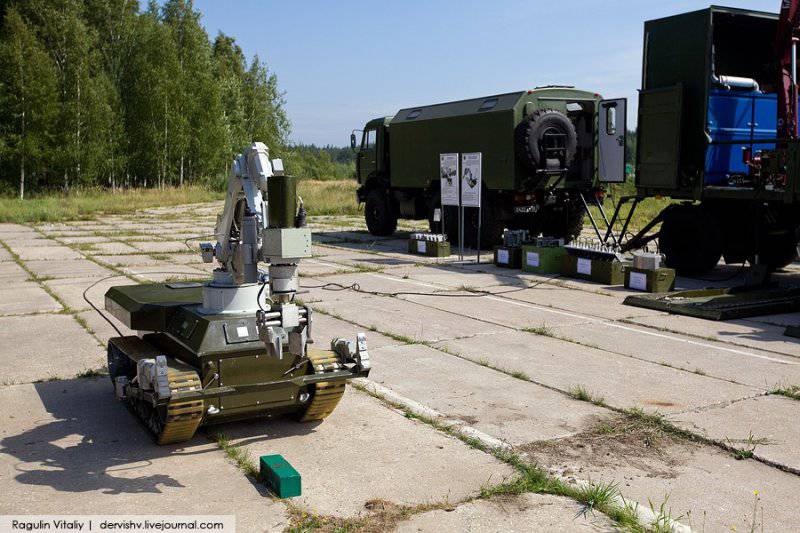 The robot is controlled from the car, where the operator is located, can be used to evacuate and destroy explosive devices. 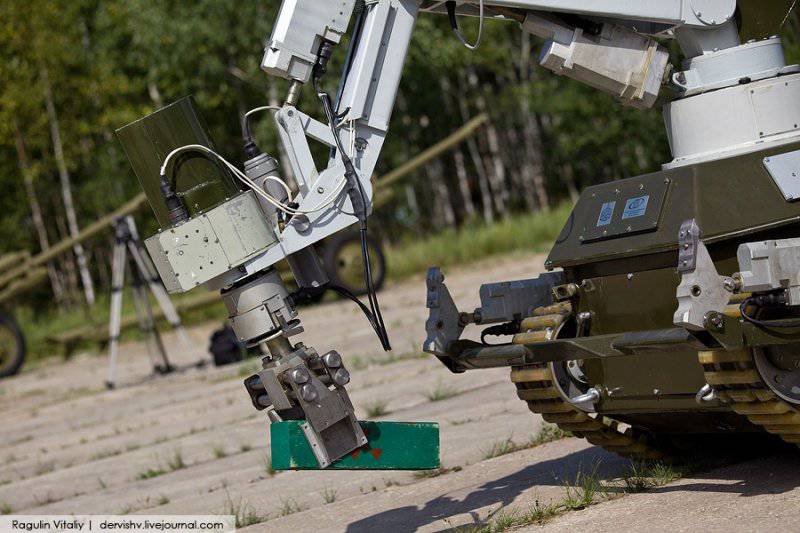 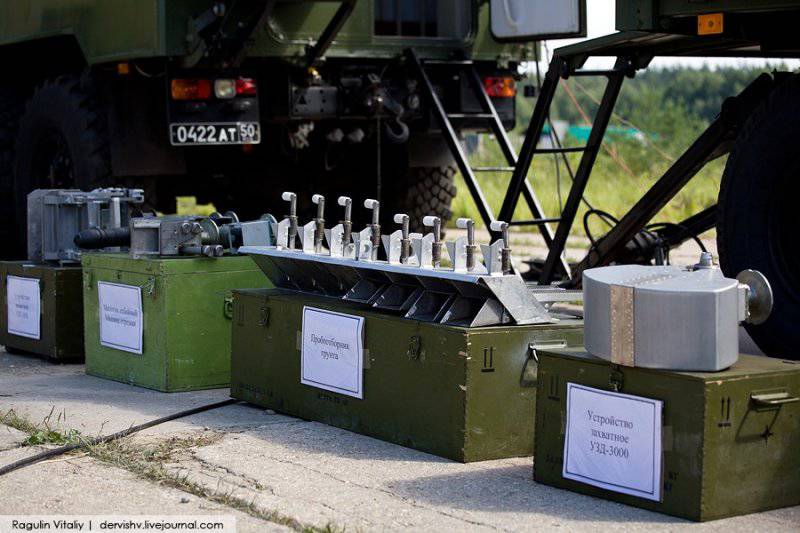 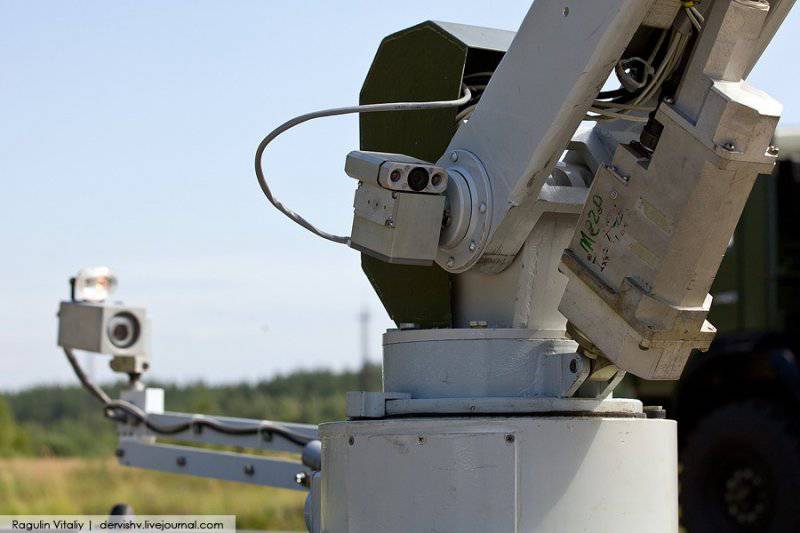 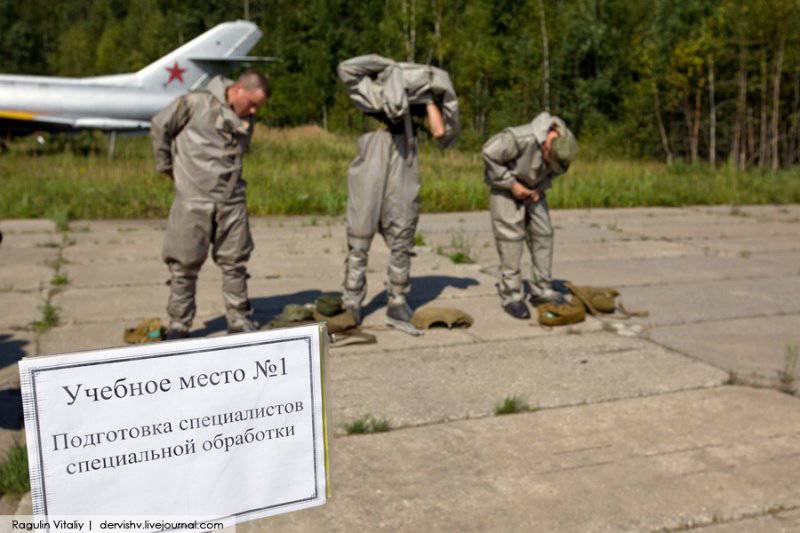 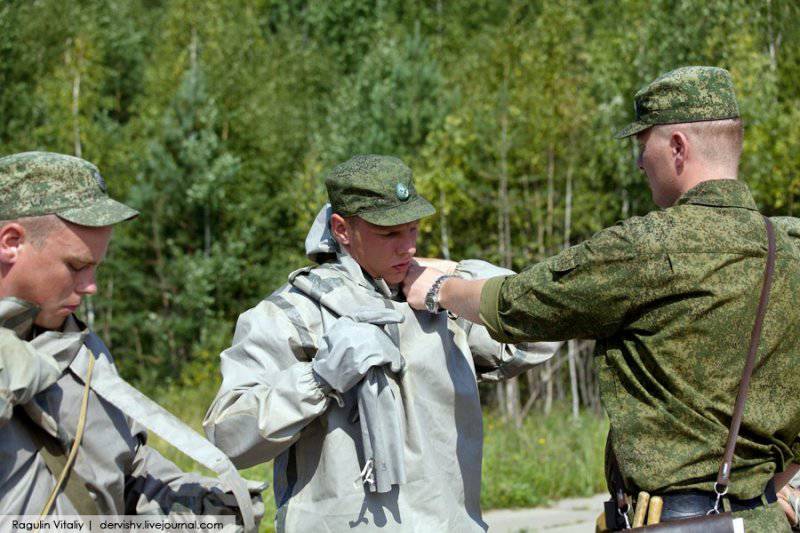 The commander is always there, if that helps. 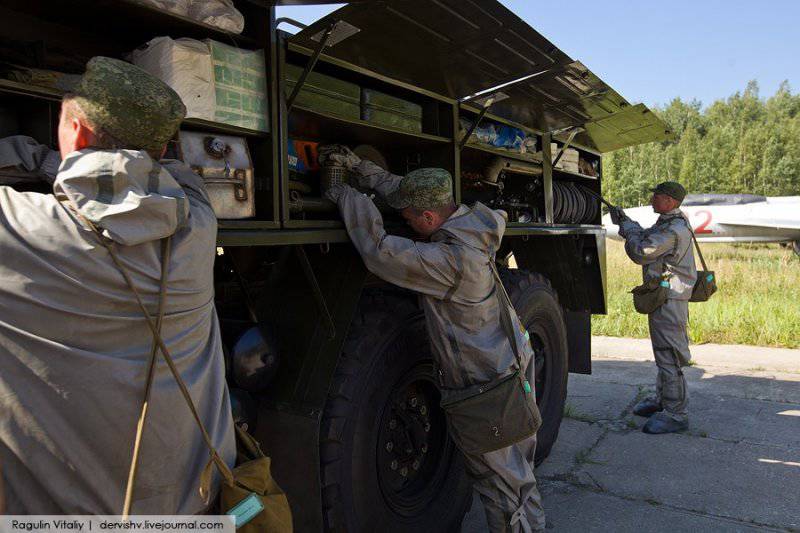 And the work began to boil ... 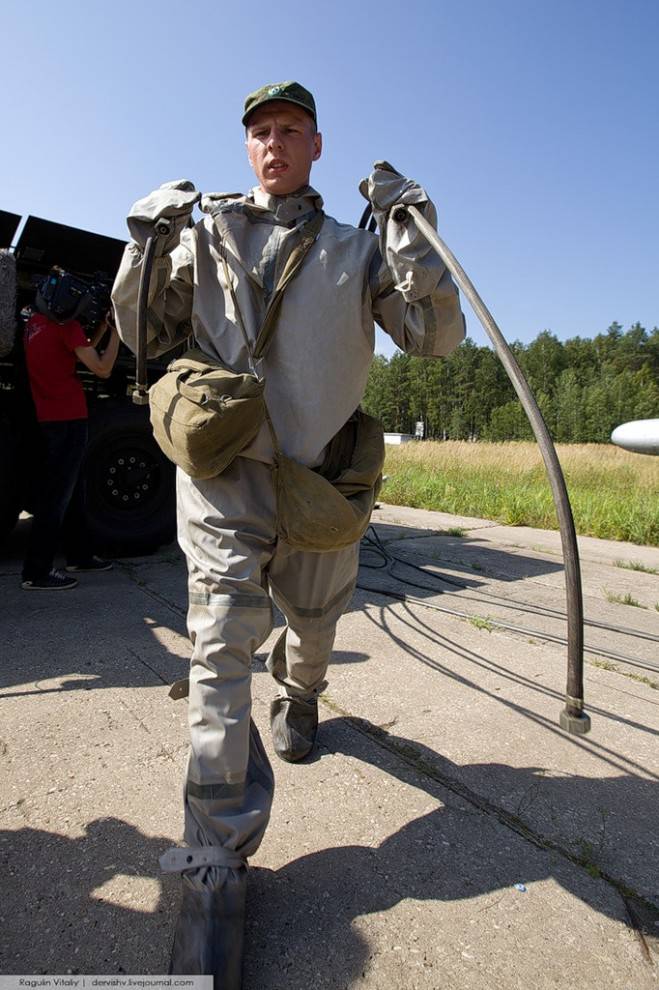 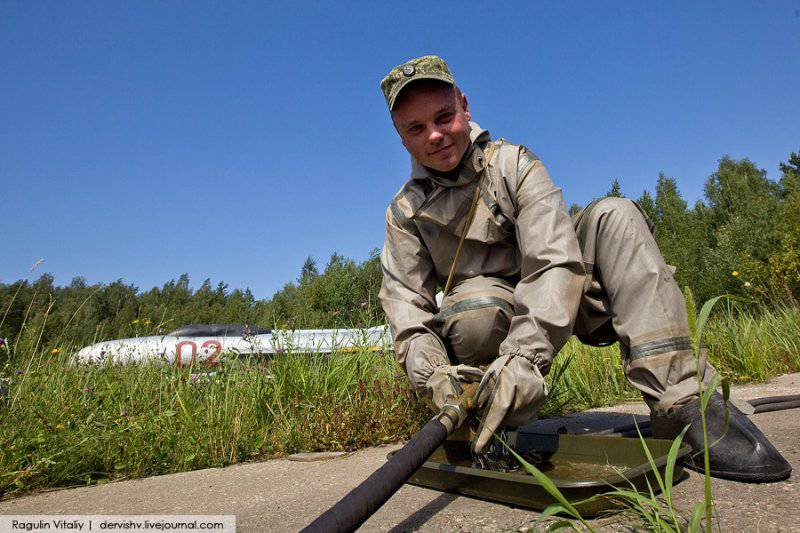 They already know where to attach. 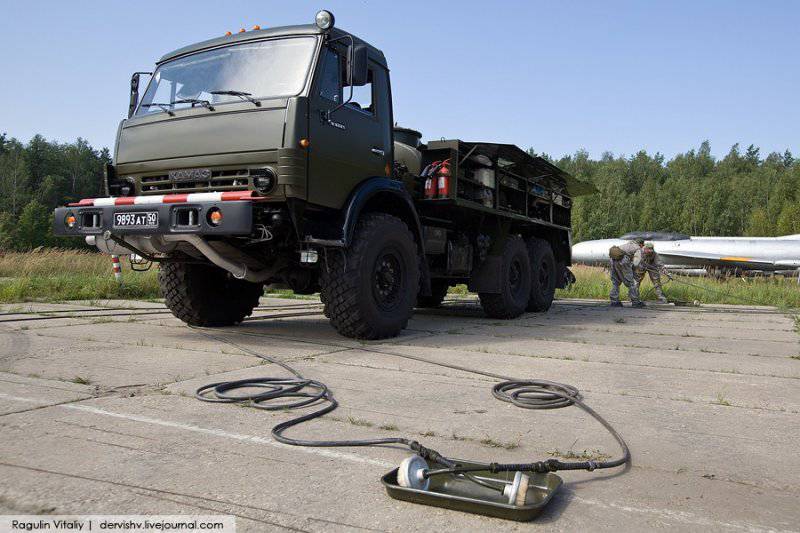 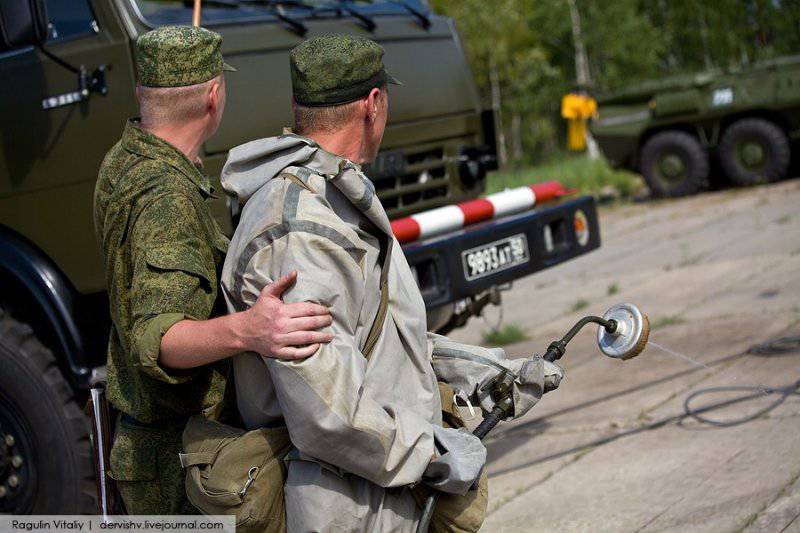 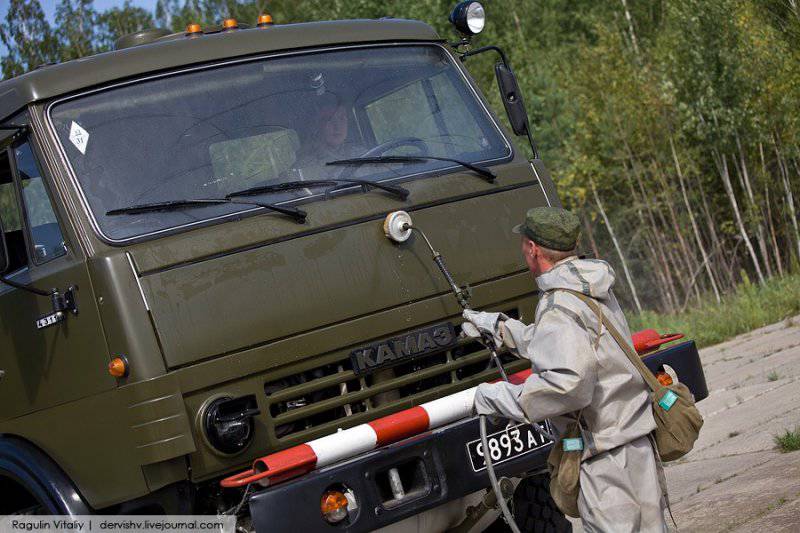 Degassing technology. Because of the heat, the soldiers were allowed to do this work without gas masks. 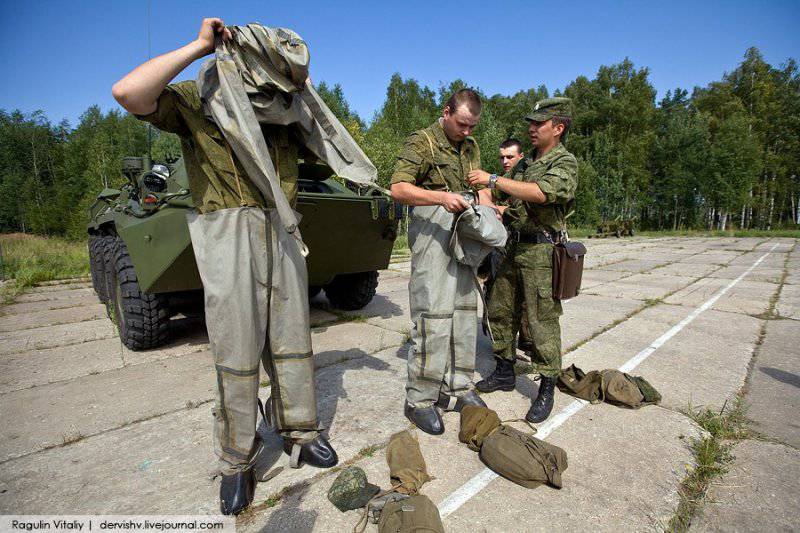 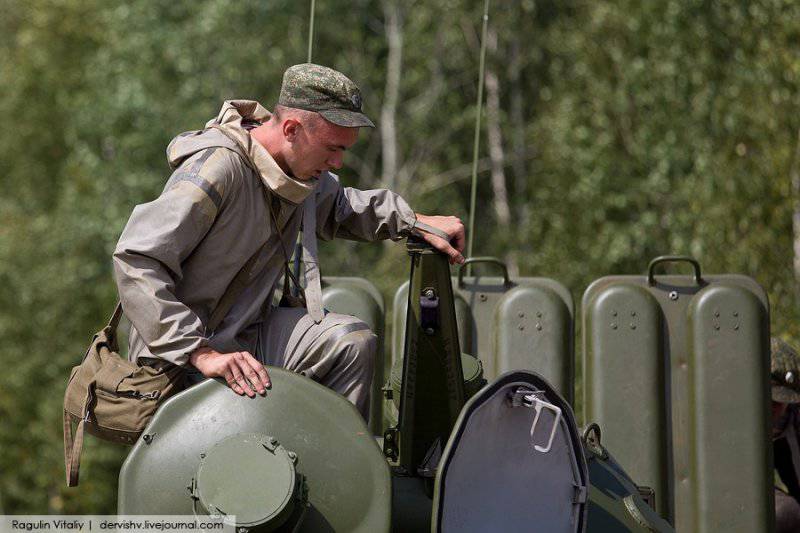 The crew, on the machines! Intelligence chemical machine РХМ-4-01 based on the BTR-80. 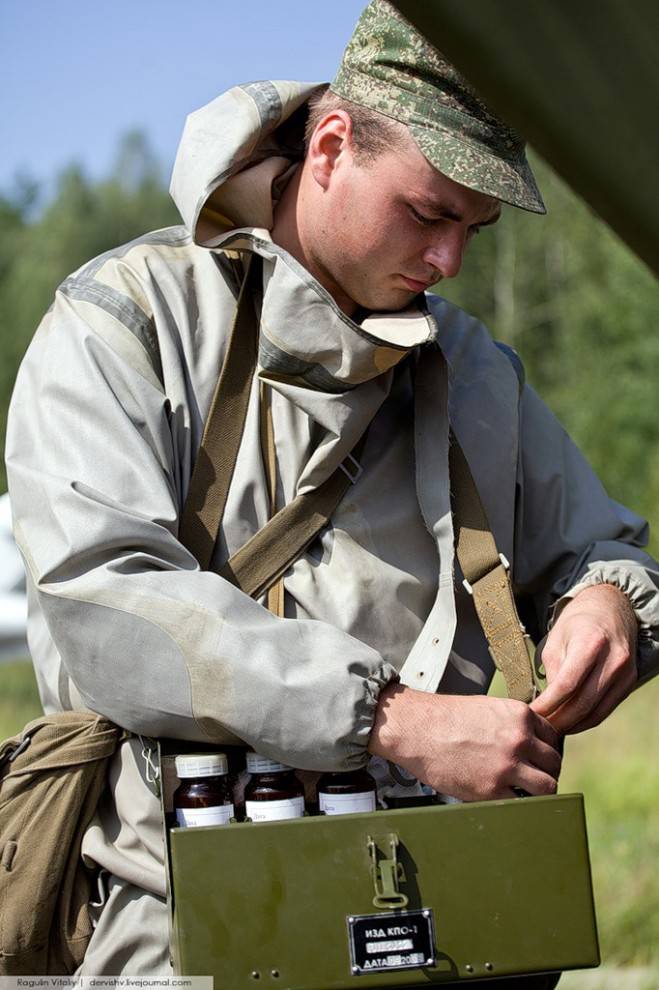 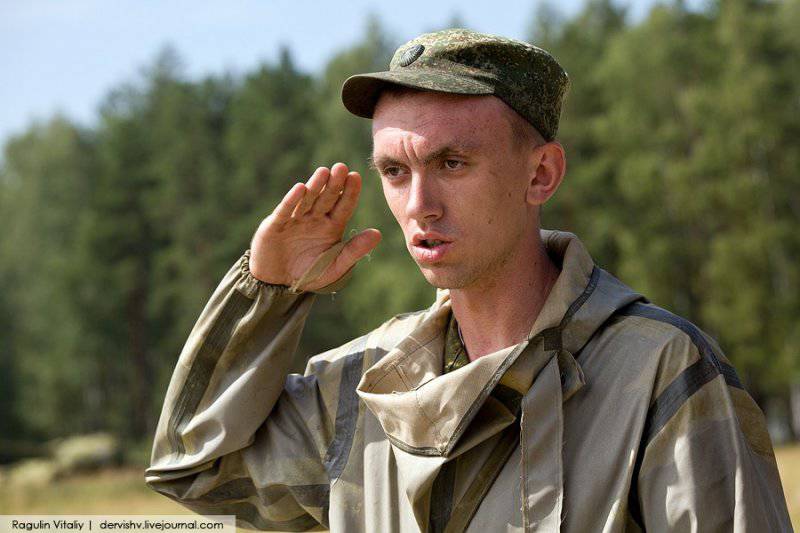 Report to the commander on readiness. 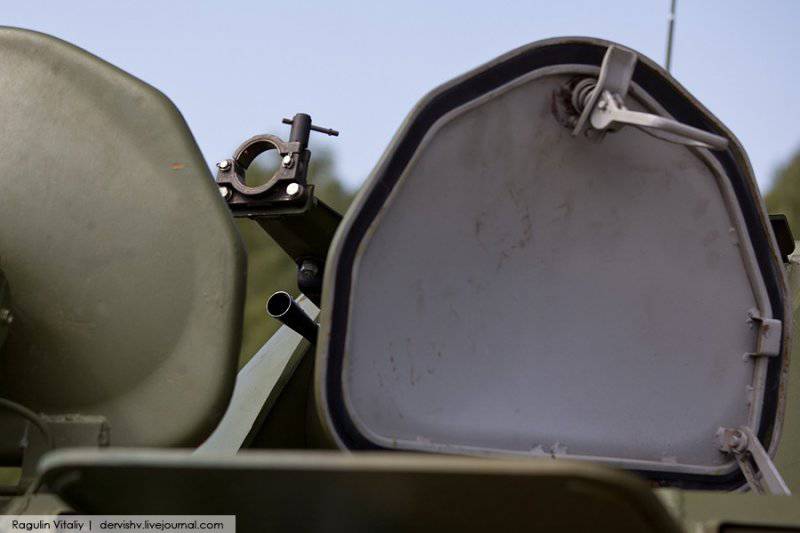 And KPVT is stored in a warehouse. 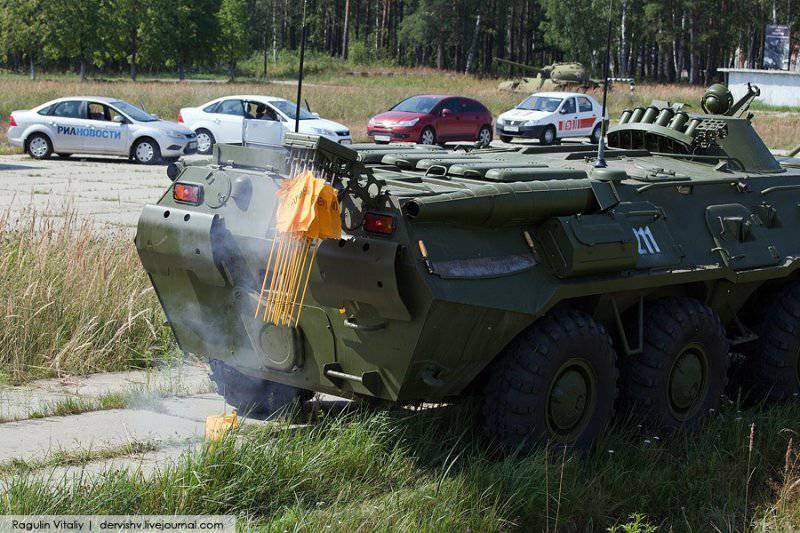