Take off from the snout 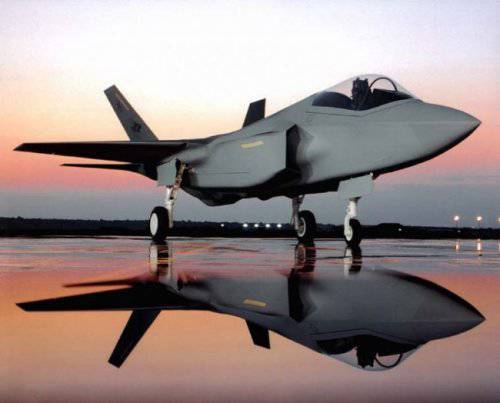 The experience of World War II showed that one of the most vulnerable sides of the frontline aviation are airfields. Even if combat-ready aircraft are preserved in shelters, their use from a destroyed runway becomes impossible. The way to solve the problem was obvious, but the insufficient level of technological development did not allow creating an aircraft that did not need a long runway - the first jet engines, due to their low thrust ratio (the ratio of the mass of the aircraft to the engine thrust), had an acceleration of more than a kilometer. But technology did not stand still

In 1957, Ryan's American X-13 Vertijet made its first flight. This unusual car flew up vertically in every sense. Since the direction of engine thrust had to be changed after taking off the ground in order to start acceleration in the horizontal plane, and in 1950's there was no talk about creating a rotary nozzle, the designers decided to start right from the vertical position. The tiny plane was hanging, catching a nose hook on the projection on a special mast, and when the device started to rise, the system uncoupled.

The accuracy of the approach to the starting mast necessary for a successful X-13 landing was of the order of 20 cm, which not every pilot could do. When landing, the pilot had to navigate by special marks on the starting mast, and rely on commands from the ground.

The main features of the Harrier design are in its power plant and aircraft control system. The Pegasus engine (Pegasus) has four jet nozzles arranged in pairs on the sides of the aircraft and capable of simultaneously turning to 89,5 ° using a special chain transmission. Thus, with a vertical take-off, lifting force is applied at four points, which gives the aircraft additional stability. The front two nozzles are connected to a low pressure turbocharger, and the rear ones are connected to the engine's combustion chamber. Due to the fact that the engine on the plane is only one, the distribution of thrust to the four nozzles is greatly facilitated, since there is no need for precise coordination of the work of several engines. By changing the position of the nozzles along its axis, the aircraft can produce vertical take-off and landing, horizontal flight, and even fly “tail forward”.

In the Soviet Union, many OKBs dealt with the subject of vertical take-off. But only the Yakovlev Design Bureau could design a serial VTOL. Due to the lack of a suitable PMD in the USSR, the Yak-38 was equipped with three engines at once, two of which were installed vertically behind the pilot’s cabin and turned on only during takeoff and landing, and the third — equipped with swiveling nozzles — was lifted and sustained. On the one hand, such a scheme removed the need to create a new PMD, but on the other hand, two lifting engines turned off during cruising mode became useless ballast and catastrophically “ate up” the characteristics of the aircraft.

Despite the widespread use of US Navy Harrier aircraft, the development of VTOL aircraft in this country did not stop. According to some reports, in the mid-1990s between the OKB im. A.S. Yakovlev and Lockheed Martin signed an agreement on joint work under the JAST program to create a promising fighter for the US Air Force (later renamed JSF). In accordance with this agreement, the OKB im. A.S. Yakovleva presented to the American side information and research results on VTOL aircraft, as well as draft designs of the future Yak-201 fighter. This data was used to create the JSF F-35 Lightning II, the most modern development in this direction. Today this aircraft is in flight tests. The new multifunctional fighter will have to replace a number of combat aircraft, including the obsolete Harrier, despite the continuous and effective modernization. The F-35's power plant uses the F-119-PW100 turbofan engine, which was developed by Pratt & Whitney specifically for the F-35. A distinctive feature of the new VTOL aircraft is the use of an external fan installed vertically in the fuselage. The torque is transmitted to the counter-rotating impellers from the turbine through the shaft.