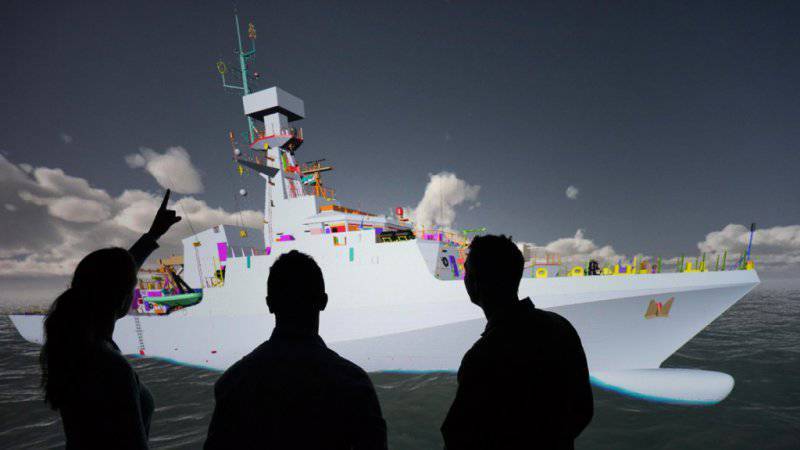 The parallel universe: the digital world, the 5 dimension created by man, or? .. The fact is, as they say on the face of a person: virtual reality continues the triumphant march across planet Earth.

The British company BAE Systems has opened a network of virtual platforms to create full-scale 3D-models of virtual ships at their facilities in Glasgow, Bristol and Portsmouth.

Using 3-D virtual reality will allow engineers and future personnel of the ships to literally "walk" around the entire future object in a "natural" computer-generated version of the ship on which they will work.

The system (virtual ship) allows engineers to explore every nook and cranny of the ship to deal with potential problems and inconsistencies long before construction begins. Designers of the ship can "move" through all communications, rooms, hidden cavities, even through bulkheads and the floor, watching the panels and hatches, as the systems fit together. 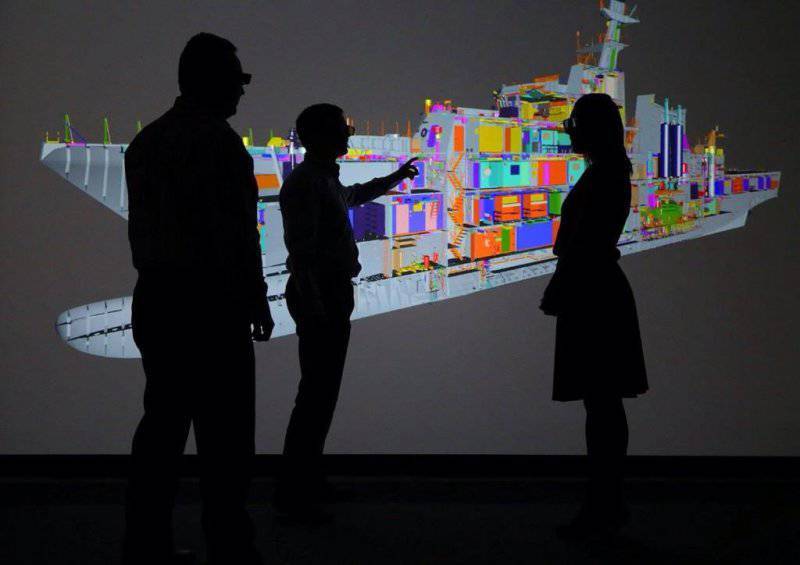 In addition, 3-D glasses allow you to track the direction of the wearer's gaze, update the image on the screen accordingly, to visualize the place where they are looking. 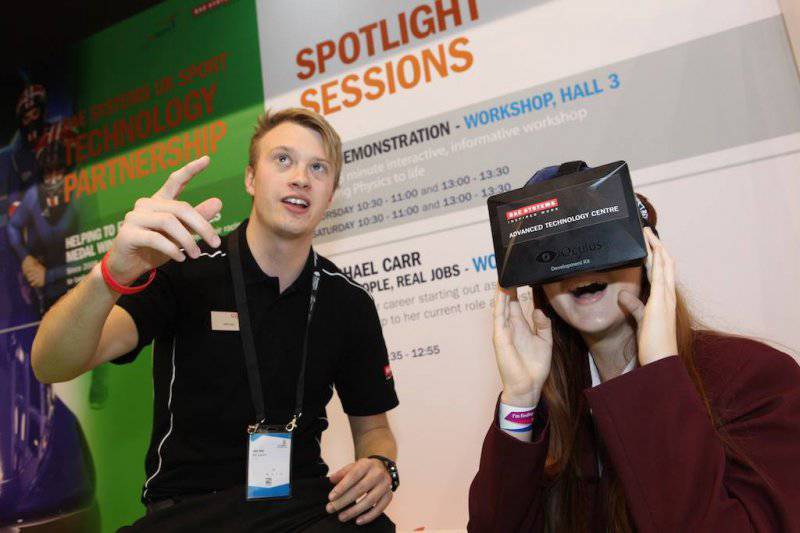 This can create the feeling that the designer, engineer, repairman, military person (or supply engineer) is on board the ship, which in fact still exists only on the drawing board or in computer memory (ACAD, for example). 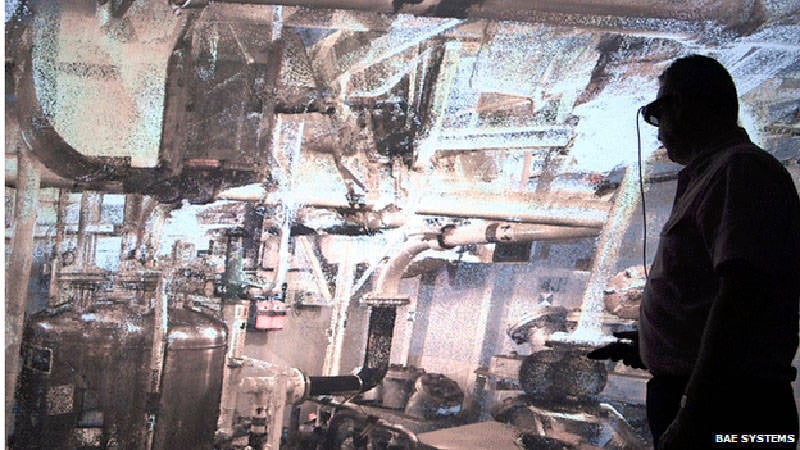 3-D virtuality turned out to be so realistic that the engineers at the first tests tried to grab the same virtual handrails in order to maintain balance during the "movement" in and around the ship.

BAE has already created five object visualizations: three for the Scotstoun shipyard and one for the shipyards in Portsmouth and Filton. All five pseudo-objects are united in a network, which makes it possible to work together and cooperate with different specialists in different parts of the country in projects.

When the Royal Navy needed an observation station for the Merlin helicopter control officer at the landing pad of the offshore patrol ship, the engineers quickly created a virtual version of it. The sailor "sat" in the observation station and was able to check the view from this station, the movement of the helicopter, takeoff and landing, and all this using 3-D glasses without the helicopter itself and without the patrol ship itself.

“With this system, we can attract many interested parties involved in the design, much more than it was before,” said Mr. Blackmore. 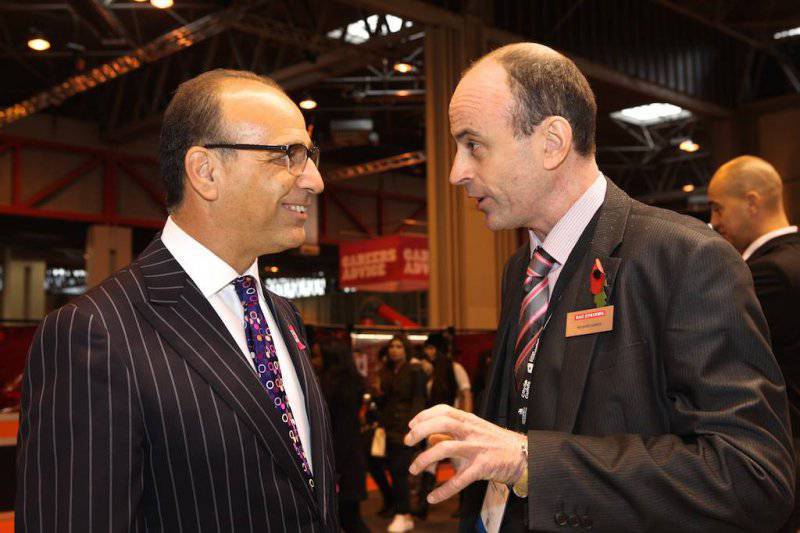 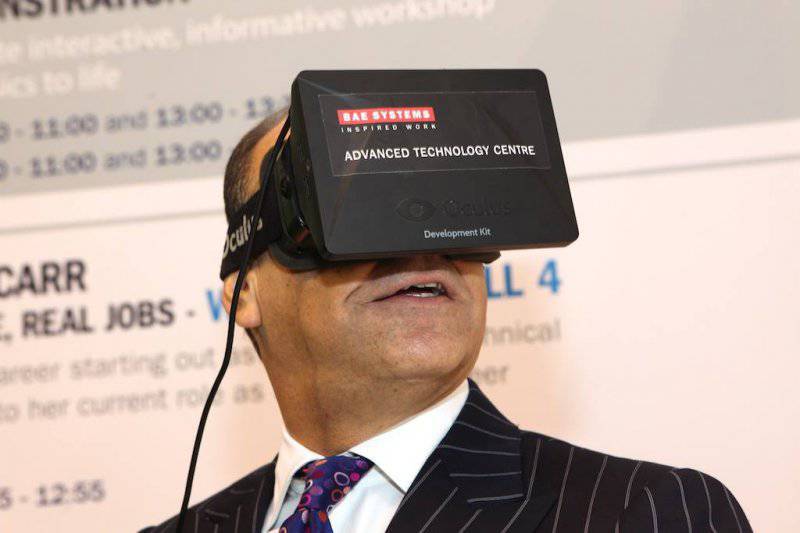 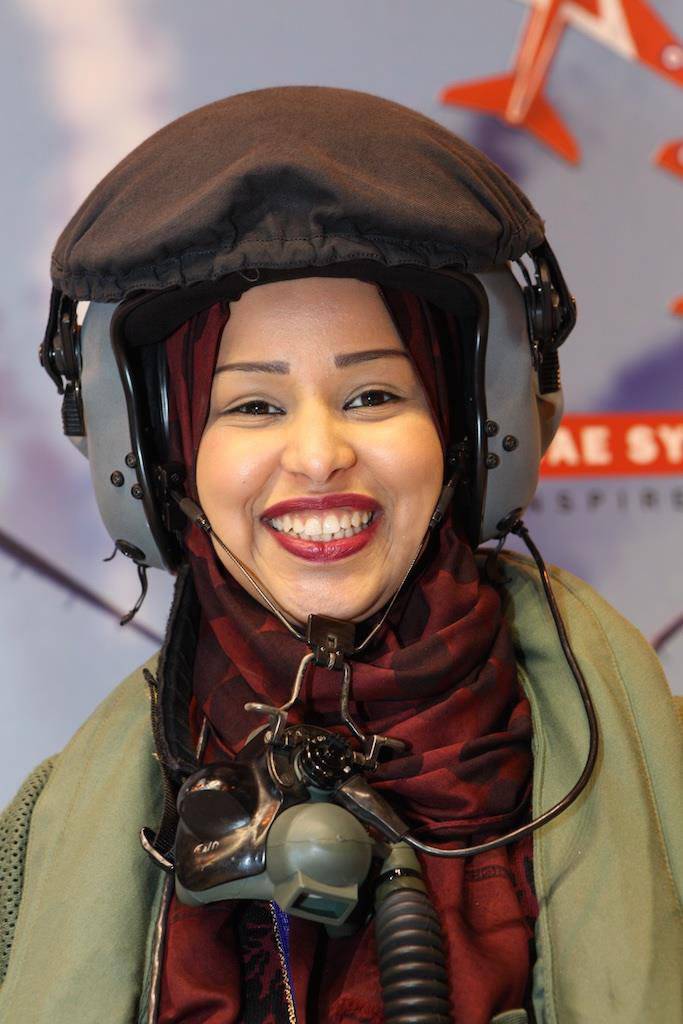 "In the past, we had to make wood mockups and drawings. It was long and expensive. Now, faster and cheaper."

A virtual reality system also means that product design, equipment pairing, aviation, maintenance, repair, access to components and assemblies are decided even before the object began to be built. This should reduce both the cost of designing, debugging and troubleshooting, as well as the cost of repair work.

Mr. Blackmore is confident that their system will help eliminate such "jigs", such as those that occurred during the development and construction of contracts for new aircraft carriers UK Navy. 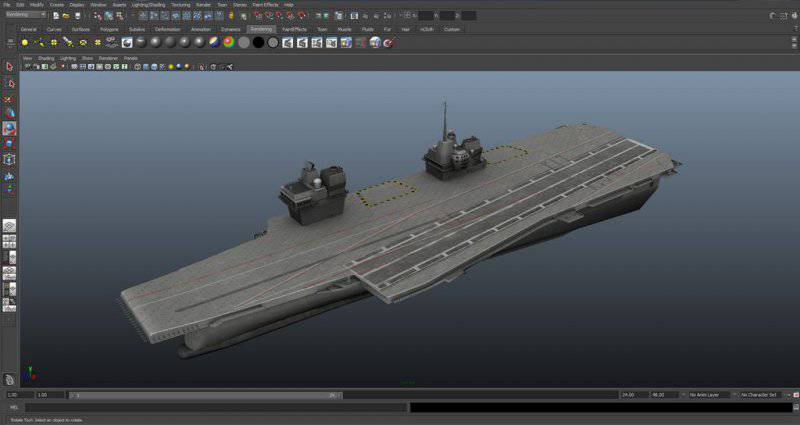 Let me remind you: the budget for new aircraft carriers of the Queen Elizabeth class has almost doubled to £ 6,2 billion, and when the contract was claimed in 2007, it was said that two gigantic vessels would cost £ 3,65 billion.

Do not sleep, and our eternal "partners" overseas.

Project blueshark : The US Navy has been testing the capabilities of a virtual reality headset for almost a year now. 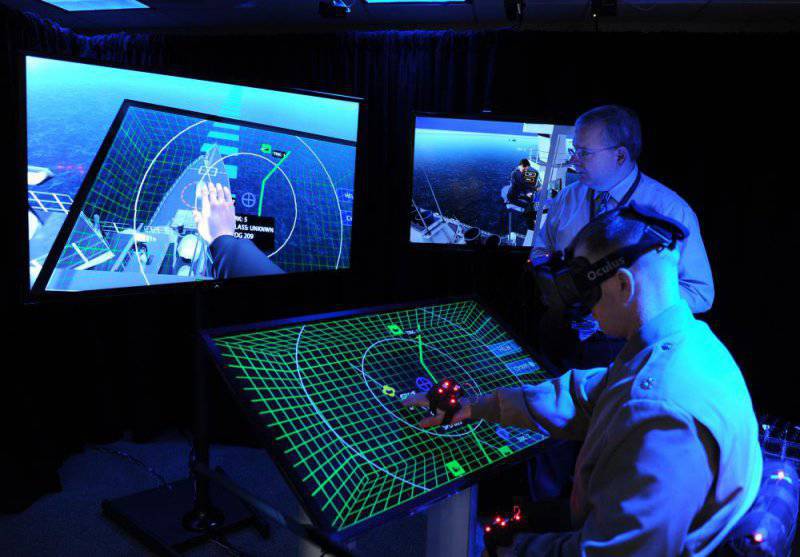 In the photo, the soldier gets acquainted with the contents of the virtual ship, carries out commands and observation — trains one day to remotely control a real warship.

What awaits us in the near future? 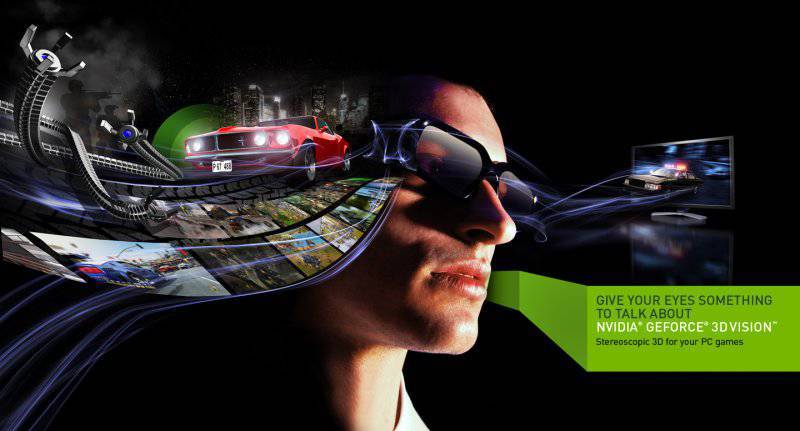 Want to visit the Large Hadron Collider without getting up from the couch? Forward! 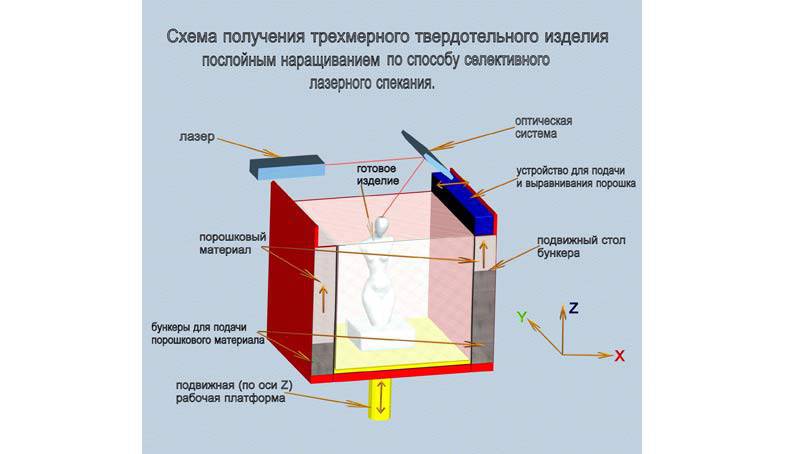 And what will remain? Just quickly assemble a set of "Lego" (if they are, products, still need).

Incredible? Come on, this is almost an accomplished reality.

"Camo Ridges", "Quo vadis". Where are you going, humanity?

Welcome to Deeptown - the capital of cyber reality! 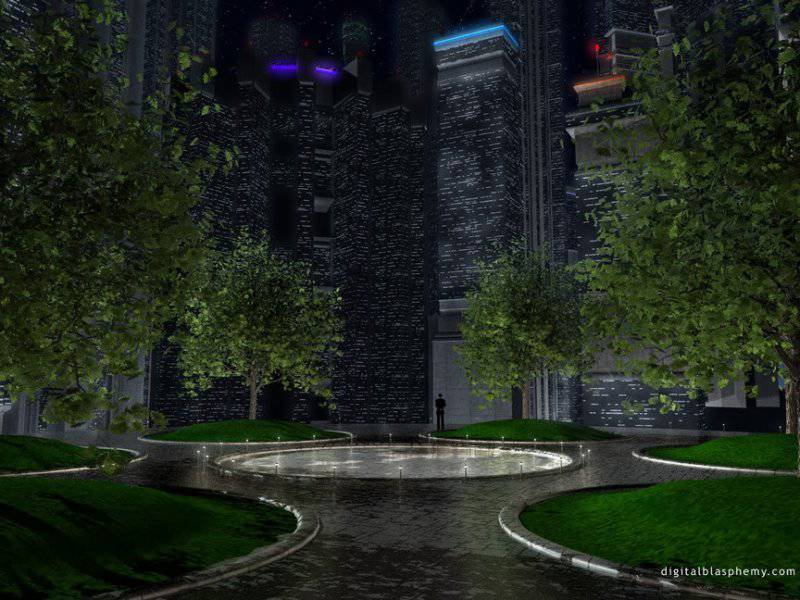 The world is relatively near future. The 2100 year is around the corner. Humanity is immersed in voluntary sleep. This dream is called onyofilm. The film, played by a special device, immerses you in the very fabric of the story. You are the main character. You defeat the enemies. You are given the most beautiful girl of the new cinema - Sophie Barlow. And besides her, there are still many tireless prostitutes of the new dream factory. There is no natural relationship between the sexes for a hundred years. Reproduction is artificial. Humanity lives on the principle of the golden billion. The rest are below the poverty line, but they are fed up in order not to die. The rest, working three hours a day, are immersed in onyrofilm dreams. There are, however, marginals that despise the existing system and are trying to restore the naturalness of the relationship.