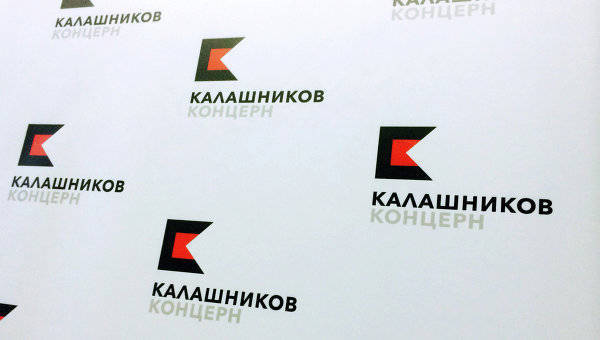 The Kalashnikov Concern, part of Rostec State Corporation, presented a new brand. It is designed to help the manufacturer of small weaponswhich occupies 95% of the Russian market, more effectively promote products both domestically and abroad. As part of the rebranding, the new corporate brand of the Kalashnikov Concern was presented, as well as the food brands of the Kalashnikov military weapons, the Baikal hunting weapons and the Izhmash sports weapons were updated. The rebranding was carried out by the Apostol Center for Strategic Communications, which is one of the three largest communication agencies in Russia.

As part of the implementation of the new development strategy, the Kalashnikov Concern modernizes production and the model range, strengthens its position in the existing sales markets, enters new markets and expands its dealer network. A strong, recognizable brand is designed to help the concern in implementing the new strategy and strengthening its competitive position in comparison with other world leaders in the arms industry. Of particular importance is the rebranding in terms of expanding work with new markets.

“The Kalashnikov machine gun is one of the Russian symbols that are truly recognizable in the world. The graphic embodiment of this brand can be proud of the same as the constructive and visual solution of its real prototype, - said the general director of the Kalashnikov Concern Alexey Krivoruchko. - Rebranding has become a symbol of long overdue changes in the organization of business and changes in the product line. It reflects the main principles of the concern - reliability, responsibility and manufacturability. I am sure that by constantly working on product quality, increasing production efficiency and expanding sales markets, we will not only keep, but also increase the legendary glory of the global Kalashnikov brand. ”

The rebranding of the grocery trademarks of the concern was carried out with preservation of the key ideology, historical heritage and taking into account the prevailing perception among the target audiences.

“Kalashnikov” is a legendary weapon known all over the world. For our country "Kalashnikov" is one of the national symbols. Therefore, with pride and at the same time understanding our responsibility, we implemented the rebranding of the concern. We set ourselves the task of surpassing the best analogues of the leading arms companies of the world, but at the same time we tried to act as carefully and conservatively as possible so as not to violate the fundamental values ​​of the legendary weapon tradition, said Tina Kandelaki, general director of the Center for Strategic Communications. - I believe that the team of our specialists coped with the task and was able to form a modern image of the concern in an understandable language of symbols and visual techniques. Comprehensive rebranding emphasizes all the competitive advantages of Kalashnikov. ”

The total cost of all work on rebranding is 20 million rubles, including research and analysis of the brand, the creation of a new platform, design and brand books. Also, as part of a comprehensive rebranding, a naming system has been developed for all models of weapons produced by the concern. Rebranding will be the basis for new advertising campaigns, the creation of uniformly designed zones for distributors, will serve as the basis for a line of clothing and accessories. Private investors, co-owners of Kalashnikov Concern Alexey Krivoruchko and Andrey Bokarev took over the cost of rebranding.

The corporate brand of the Kalashnikov Concern was created in accordance with the latest global trends. In the new logo, made up of two colors - black and red, two “K” - “Concern” and “Kalashnikov” merged together. Also, the new logo of the concern is the visual embodiment of the principle of firearms - the bullet flying out of the barrel, the same for all grocery brands of the concern. Designers also drew a parallel with the state flag of Udmurtia (where the main enterprises of the concern are located), which have identical color gamut.

In addition to the Kalashnikov Concern corporate brand, the Kalashnikov military weapons product brand was updated. The symbolic capital named after Kalashnikov has been rethought and preserved in the food brand. The philosophy of the founder of the concern, expressed in the slogan “Protecting peace”, formed the basis of all communications and the design system of this brand. The developers had a double meaning in this slogan: Kalashnikov’s weapons are the most massive in the world, several times faster than their closest rivals in terms of the number of manufactured products; at the same time, Kalashnikov’s weapons are created to maintain peace on earth, in individual regions and countries: it allows peoples to protect their sovereignty, the right to peaceful existence, and the right to independently determine their own historical destiny.

The key graphic element of the combat brand - its logo - also underlines the connection with the great heritage: it depicts an unmistakably recognizable part of the design of the legendary AK - its store.

For the purpose of international expansion, two other well-known trademarks, “Baikal” and “Izhmash”, have also been preserved and updated in the portfolio of the concern’s brands. Under the brand “Baikal”, which also has global recognition, all the production of civilian weapons is concentrated. Under the renewed Izhmash trademark, the concern will conduct operations in the sporting arms segment, since today Izhmash is the main Russian brand of biathlon rifles and other competitive and amateur weapons.
Ctrl Enter
Noticed oshЫbku Highlight text and press. Ctrl + Enter
We are
Concern "Kalashnikov" modernizes production and expands the range of productsIzhmash doubled dealer network in Asia
44 comments
Information
Dear reader, to leave comments on the publication, you must to register.