Washington will have to admit defeat in Afghanistan

November 27, 2014
25
The United States refuses to withdraw troops from Afghanistan. President Barack Obama endorsed the new regulations, which allow American troops to fight in Afghanistan, not only against Al-Qaida militants, but also against all those who resist Kabul since weapons in hand. This decision means that the United States is breaking with the practice of military non-intervention introduced in 2013 in the Afghan confrontation, which has all the hallmarks of a civil war. The US administration fears a repeat of the Iraqi scenario in Afghanistan, assuming that after the withdrawal of the International Security Assistance Force (ISAF), the Taliban troops will follow the example of the Islamic State (IG) and begin to seize the country. 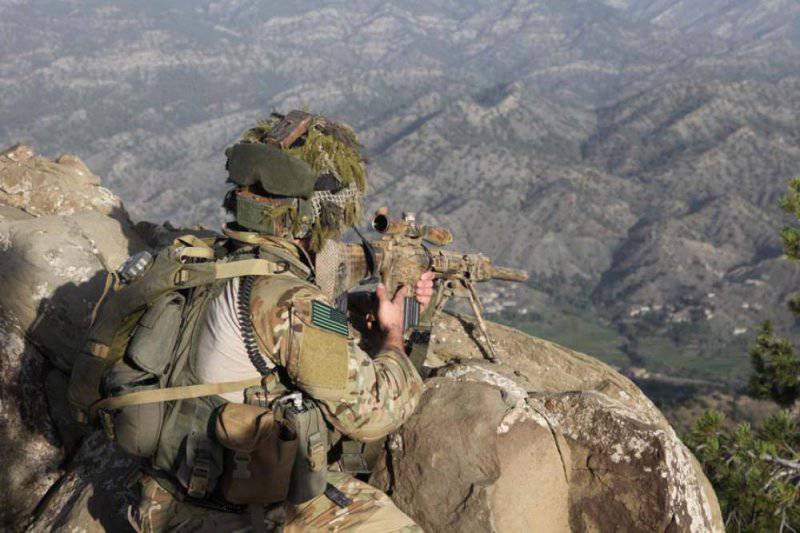 In Afghanistan, as in Iraq, the boundaries of armed conflict after 13 years after the Americans launched Operation Enduring Freedom remain blurred, and the differences between supporters of the government and its opponents are often difficult to grasp. This concerns not only military, but also administrative control over the territory. In the south, southeast, and east of Afghanistan, there are areas where the power of the central government is extremely weak, and local governments, corrupt through and through, allow the Taliban to maintain leverage over the military-political situation. Despite the fact that only 20-25% of the population lives here, more than 80% of clashes in 2014 took place in these areas. The activity of the armed opposition is also growing in the west, north and northeast of the country. As dismissed by US Secretary of Defense Chuck Hagel acknowledged, "no one can guarantee that the situation will remain stable." The Pentagon’s calculations of the ability of the Afghan army to independently ensure security in the country did not materialize.

The Taliban have increased their influence in most parts of Afghanistan. If five years ago, the Taliban’s military presence was noted on 62% of the country’s territory, by the beginning of the 2014 year - on 82%. Now in Afghanistan there is practically no province where the Taliban militant groups would not operate. Movement leader Mullah Omar appointed Shadow Governors in 30 from the country's 34 provinces.

Taliban combat units can move freely from one area to another and also return to their permanent bases. As in Iraq, control over the main areas of activity seems to be in the hands of local governments loyal to the Americans, but the Taliban operate with a long-range view, hoping to destabilize the situation after the withdrawal of ISAF troops.

The Afghan Taliban have another similarity with the Iraqi militants from the IS, who began their invasion of Iraq from the territory of neighboring Syria. The Taliban can easily compensate for the casualties of the fresh influx of recruits from the border areas of Pakistan - in the area from Khyber Pantuhwa and the Federal Administration Administration (FATA) Territories to Baluchistan. Pakistan has become a reliable logistics base for regrouping, reorganizing and rearming Taliban troops. Here they are supported by representatives of Al-Qaida, Pakistani extremist groups and the armed forces of Pakistan. The Taliban’s presence of the Pakistani rear is a weighty strategic advantage, and the insurgency of the Afghan Pashtuns living there is well known. This led to a decision by the US Congress to freeze plans for the complete withdrawal of American troops from Afghanistan in 2016. Contrary to Washington’s previous statements about the change in the situation in favor of Kabul, against the background of the recent Iraqi events, the White House admitted that "today we can say with confidence that dozens of regions are controlled by the Taliban."

President Obama is forced to agree with Congress. The return of American soldiers to his homeland was one of his campaign promises. According to the original plan, in 2016, military personnel should have remained in Kabul only to protect the US embassy. The current decision of Obama to expand the US military mission in Afghanistan in 2015, says the rejection of the planned withdrawal of troops.

Another problem is the costly modernization projects of the Afghan army. By the end of 2014, more than 400 of such projects amounting to approximately 7 billion dollars are under implementation. In 2012, the US Congress allocated 11,2 billion to the Afghan Security Forces Development Fund, and 2013 billion in the 5,7 year [1]. Again, the Iraqi experience teaches Americans that this money can be wasted, and there is no guarantee of the reliability of the Afghan army. The IS invasion of Iraq showed that a significant part of the government forces was not capable and, moreover, many Iraqi servicemen went over to the side of terrorists. The same can happen in Afghanistan.

From the point of view of the interests of the United States, the option of further development of Afghanistan without the participation of the Taliban looks the most preferable, but also the most dangerous, leading to the uprising of the Taliban and other rebel groups after the withdrawal of the international coalition forces. In an environment where both the central government and local authorities are unreliable, mired in corruption, the Taliban often look more attractive in the eyes of the population. Their popularity is growing. Traditional Afghan society is not guided by American standards, but by its own understanding of who is worthy of power. And the Taliban are waging a war not only against foreign interventionists, but also against Western ideology.

With the political settlement of the intra-Afghan crisis on the basis of an agreement on the division of power between the main opposing forces of the United States hopelessly late. American policy in Afghanistan is devoid of strategy. Washington and Kabul have no common understanding of where, in what and how much a compromise is possible with the leadership of the Taliban. There is also no understanding that national reconciliation is a multifaceted process that requires the participation of other opposition forces, such as the Islamic Party of Afghanistan Gulbuddin Hekmatyar.

In the final analysis, Washington will have to admit that even after the 13 years of war, the insurgency in Afghanistan is intransigent, successfully leading the partisan struggle and based on the majority of the local population that is traditionally hostile to any occupation.