New Ukraine. What will it be 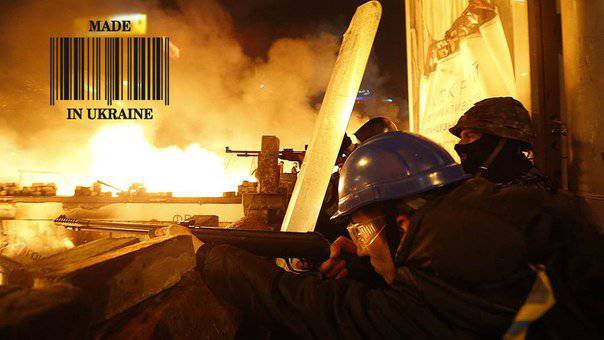 Ukraine has accumulated a lot of anger, frustration, weaponsthe criminals. Every day it becomes less and less idealists, romantics, patriots. Therefore, I consider the transition from active hostilities to a relatively peaceful settlement of the conflict, against the background of the interest of the neighbors (Europe, Russia), in the medium term (spring-summer of next year). What could this country be?

Of course, not everything is still clear, but it is possible to outline the general contours. In the fall and winter, there will be a search for acceptable conditions for Russia, the United States and Europe (including Ukraine in this search will be the object). The West began to realize the fact that its strategy of striking Russia through Ukraine was defeated. The continuation of the war in the spring will bring the situation to an even less acceptable configuration (front, forces, capabilities). Therefore, it makes sense for him right now (there are still power arguments) to fix the "achievements" of the parties. Russia, realizing that time is playing against the West, is delaying the negotiation process (perhaps in anticipation of the approach of the BCH, which will strengthen its position in the negotiations).
The most realistic option (for today) I see is Putin’s so-called March theses on Ukraine (the federalization of the country). With this, in fact, everyone agrees (the elites mean). But it remains to fill the federalization with real meaning and convince the parties. So far, Ukrainian society, after the media’s media hysteria in the spring and autumn, is not quite ready to accept this (Donbass, by the way, too, but for a different reason). I think a hard (for all) winter-spring will cool hot heads.

But this is only the first step. No less important is the second. Who, and most importantly HOW will lead Ukraine in the future. Without resolving this issue, there is no point in starting the settlement process. Since after some (short) time everything will be repeated. The civil war has destroyed (and continues to destroy) many branches of the national economy of Ukraine. Those who take power in the end will have to rebuild (and not steal). Neither the current nor the representatives of the previous government have yet done this. The bureaucratic mentality must be changed (most likely, and many officials personally). The oligarch is no longer able to be an oligarch. Its representatives should remain very wealthy people who not only do not drag away the budget, but also pay taxes (well, without any stability for a long time). The people of Ukraine, in the end, should appreciate this power, considering it a lesser evil (fearing to break the stability). The main cause of the Maidan was an unruly oligarchy (out of political coloring) in its desires and actions, whose actions outraged, and still resent ALL (precisely everyone, that is why Yanukovych especially the east of Ukraine did not defend) the people of the country. This, as well as clearing the country of the mass of criminals with weapons, can only be done by a dictatorship. Therefore, only a very strong power ... In places. I think about democracy for some time will have to forget.

Now about how to grow the non-growing. Southeast with Ukraine and the interests of East and West. Now for many residents of the war zone, this may seem utopia (emotions over dead and destruction will not cool off for more than a decade), but if you look for peace (at this stage), then only this way. And the matter here is not at all in Ukraine (Her opinion is the tenth). Neither Europe nor Russia wants to hold new frontiers in Europe (unlike the United States, which essentially launched this war and are doing everything to continue it). The new policy of Russia is based on building a geopolitical bridge Berlin-Moscow-Beijing. Here, any new boundaries are points of tension, and therefore potential “impulses” that global opponents will not fail to take advantage of (the United States in the first place). Therefore, any "real" separation of Donbass (Novorossiya) from Ukraine (at least 2, at least 8 areas) Russia will not support (unlike the United States). And the creation of a federal New Ukraine will allow not only to observe its geopolitical interests in Ukraine, but also gradually squeeze American militant puppets out of its western part, replacing them with pragmatic European (puppets).

If all this is done, then peace in Ukraine is quite possible, and very soon and for a long time.