Revenue "Ukroboronprom" from the sale of weapons for export decreased by 4.5 times 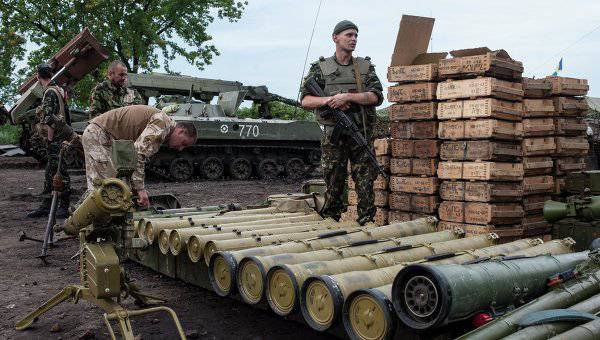 “If the dollar last year was 8 (hryvnia for 1 dollar) and was sold at 10 billion (hryvnia), then today 4,7 billion (hryvnia) is at the rate of 12-13 (hryvnia for dollar). In fact, our revenue fell almost 4,5 times due to the fact that any export operations were suspended as part of military operations without the permission of the Ministry of Defense, ”Pinkakawa quotes RIA "News".

In turn, Roman Romanov, General Director of the enterprise, noted that last year products were produced for 11.7 billion hryvnia, and for 9 months of the current year - by 13 billion hryvnia.

"That is, the export has ceased to arrive, it began to arrive in the country," said Romanov.

According to him, in the 2015, Ukroboronprom plans to manufacture military products for 17 billion hryvnia. Romanov also stressed that the volumes of the state defense order for the Ukrainian armed forces are being specified by the Ministry of Defense of Ukraine in working order.