Soldiers and partisans of New Russia 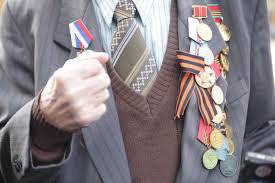 The other day I had a chance to talk with one old man, (I don’t name him, at his request, since the person has relatives in Ukraine), as it turned out, a participant in the Great Patriotic War, a former partisan. After the war, for some time he served in western Ukraine, cleaning the forests of Bandera. His story and formed the basis of this article.

We met by chance, the grandfather was standing near the bread stand, picking up trifles from a skinny wallet, it was not necessary to even look closely in order to understand the latter’s money and not enough bread. Without asking, I bought a man a loaf of bread, a sweet bun. I give it to you - “This is for you, I see that it is very tight,” the expression on the face in surprise, frightened. At first I didn’t want to take, I couldn’t believe the person that people were left ready to help just like that. Then he thanked for a long time - “Thank you, son!”. Word by word, talk. It turned out the pensioner lives alone, his wife was buried in August, the old woman could not stand her heart when they were shooting close. The only son, somewhere in Kiev did not come to the funeral, the old man does not help, there is no connection with him for more than a month. “I cannot call myself, there is no money on the phone, but he does not call. All forgotten for the old man, how to live? ".

In the course of the conversation I learned the address from the person, promised to help.

The next day. They gathered with friends a grocery set, some money, bought a supplement on the phone, did not forget the chakushka. We came to visit the old man. Facial expression again in surprise - scared, did not expect did not believe. When they got the presents, they asked how to help with the housework, thawed out, invited them to visit. Here and we were a little surprised, despite the age of the owner, that in the courtyard, that the house, though poor, but perfect order. Located on the veranda, talk. Conversation, as always, slipped into politics. On the question of how he relates to the situation in Ukraine, there was such an answer: “I’m these Bander, I pressed, I couldn’t get it, I got it too. It’s necessary to add them, they won't let people live. ” And he continued, "And to want the lads, I share their yak bits.". Here is a veteran's story: (I wrote from memory, maybe I missed something, but I saved the whole point, I try to keep the original expressions, removed only the mat, which was a lot in the veteran’s words).

I tell you, the Bander is a very cowardly creature, and for 70 years its essence has not changed. It can only be crowded by a crowd, and then if the Germans or anyone else will drive it. Or if you are sure that they will not surrender, that is against an unarmed. He also loves much, if he was offended, on someone weak to recoup. It often happened during the war, if you beat a bander somewhere, then wait that in a couple of days they burn down a village somewhere. They are afraid of direct combat, preferring to shoot from the bushes and to slip away quickly. They are from the time of the Polish gentry, afraid to do something directly in the back with joy, and in front of a good girl. Still love to pull something that is bad. Moreover, all of them were Russians, Germans, Poles, and their own. Eating for them, almost the saints of “Vilna Ukraine”, could have a feast, even sitting on the corpses of just shot people. The attitude towards the dead is like dirt and hell with it, the same wounded people, if you cannot be more useful, then we no longer need you, it is easier to finish. They are not afraid of dirty affairs, from which even the inveterate Gauleiters of the Germans vomit, they are not afraid, and even do it with some sort of perverted pleasure. They are only very afraid of their lords, and so long as they are in sight of someone, and when no one sees and does not lay them down, they eat nasr in borsch. Yes, smashing and the discharge of guilt on their neighbor in their blood, the identity is still grafted from the lords. Ukraine means nothing to many, loud slogans are just a way to grab more and more. How they got out of their slaves, so they remained serfs. Picked up "culture" from the Poles that Jews, but did not get out of slavery. The Germans waved at them with their hands, they do their work, but nature cannot be undone. If there are no lords, they will find them for themselves Austrians, Poles, Germans, now Americans. Or from their own, they will choose someone according to some criteria, and they will set themselves a pan.

How to beat them is very simple. First, deprive them of their leadership, without a word from above, they quickly turn into a crowd, and then they just need to frighten, run like a herd. They also took them pretty well by deception. There was a case when we were one partisan with a look at a German who looked alike and knew Nemchursky, dressed up by a German officer, a second soldier, we had a trophy car. Drew an order fake, they say to get together and then there will be put forward. It was terrible that they suddenly felt that, but no, our people came to the village, made a rustling sound like real Germans, they handed the order to their commander and quickly left. True, as they later learned, I almost didn’t get a puncture, there was an order in German, but they didn’t know the language. But everything went well, one of the villagers knew German and translated it. So they are to us, in the amount of almost a company, as the pretty ones ambushed in the ambush. Secondly, deprive them of supplies, as the Germans do not know how to fight on an empty stomach, they think more where to snatch what than to fight. A couple of days of hunger strike, and then merge the misinformation that there is something there to profit. And to meet, for food they run like rats, forgetting everything. Thirdly, play them off against each other, for a good piece, fighting like dogs. Resentment hold for a long time, on occasion, revenge even relatives. So, if they think that they have been offended by their own people, then this is to our advantage. Undermine their confidence in their commanders, after the war, most of the Bandera gave up precisely because they were abandoned by the commanders. Those who do not trust the commanders quickly join the ranks of deserters.

You can beat them, we proved it in the war and after the war. It is necessary to check prisoners well, among Bandera many people are simply deceived, but there are also ideological ones, but there are just scum who don't give a damn about ideas and people, they are fighting for some goals they don’t understand. Once in captivity they are crying, saying that I am here by chance, but after checking it turns out that the wolf is still the same. Therefore, after the war, all thoroughly checked. Some just needed to set their brains in place and send them to work. Strongly ideological sent to the camps. Svolochug-bandits for the most put to the wall, these can not be undone.
Lastly, the veteran wished, “Eh, if I could, it’s all over and life has become normal.”

A couple of days later, friends stopped by the veteran along with the volunteers and the social worker, brought food, decided the pension issue, promised not to forget. According to friends, the second trip resulted in a meeting of local retirees, so that eventually far more than one person helped.