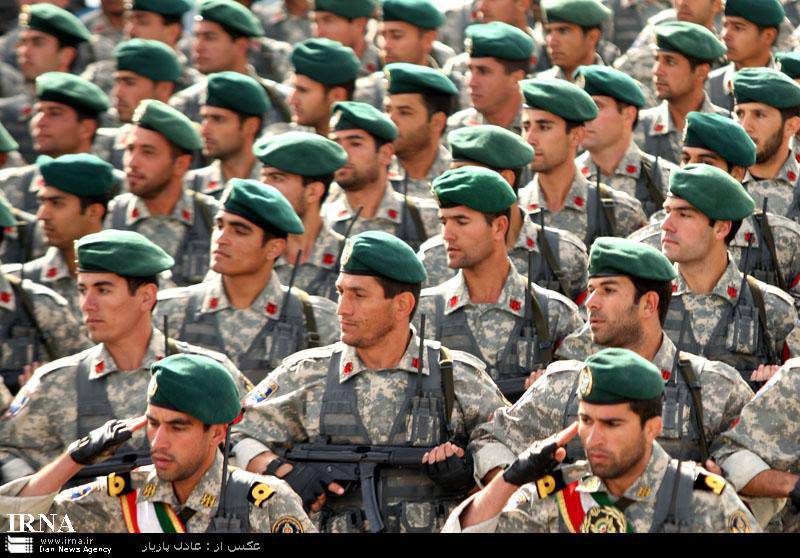 As the time for the withdrawal of US troops from Iraq is approaching, military analysts are louder and louder about the growing Iranian threat. Some of them claim that reducing the US presence will turn Iraq into a regional battlefield by unleashing the hands of Islamic militants who are directly connected with the Iranian Revolutionary Guard (Islamic Revolutionary Guard Corps).

These militants are guilty of the latest terrorist death attacks and claim to have accumulated enough weapons. All these negative factors give rise to the worst-case scenario for Iraq. Since the potential Iranian threat is quite capable of turning into a permanent Iranian aggression, which will further increase the growth of instability in the region.

However, the Americans are not going to sit on their hands. And as recently stated, during a visit to Iraq, the new US Secretary of Defense Leon Panetta: "We are very concerned about Iran and the fact that it provides weapons to extremists in Iraq."

In the United States, the growing influence of the Iranian authorities on the Iraqi leadership is also of great concern. After all, Iraqi Prime Minister Nouri al-Maliki and his Shiite government now have very warm relations with the theocratic Shiite regime of Tehran. Despite the fact that these two countries fought fiercely with each other in the 1980's.

However, Baghdad has now stepped up military-technical cooperation with the Americans, which can be explained by the unexpected increase in its oil revenues and the need to protect its airspace. Iraq is negotiating with America to purchase F-16 fighters and air defense systems. But at the same time, the United States will demand guarantees from Baghdad to ensure a high level of security in order to prevent the transfer of American technology to the Iranians.

US faced a difficult dilemma

The Americans hope that the multi-billion dollar deal will help curb Iran’s ambitions in the region and become the basis for long-term relations with Iraq after the withdrawal of US troops.

Actually, the decision of the United States to supply modern weapons to Iraq is quite logical and motivated. It shows that Washington took into account the Vietnamese experience and does not want the forces hostile to the Americans to come to power after the withdrawal of American troops in Iraq, but seeks to leave behind a strong state that will remain in allied relations with the United States and will play the role of a springboard of American policy region.

This is all the more important when, after the influx of Arab revolutions to the Middle East, the former configuration of the alignment of forces has changed significantly. It is not known whether the United States can continue to rely on the new Egyptian leadership, as it was in the days of former President Hosni Mubarak. Before that, America places great hopes on Iraq as an ally in the face of regional threats such as the rise of Shiite extremism, the influence of Iran, and destabilization in Syria.

Now the US is facing a difficult dilemma. It’s obvious that the Iraqi government is not ready to confront the Islamists on its own if American troops, as planned, leave Iraq before December 2011. Tehran is just waiting for the moment of the withdrawal of the American troops and is ready to immediately fill the vacuum that is formed after such a withdrawal. In Iran, this is not concealed, emphasizing that they are ready both to supply weapons and to train military personnel.

At the same time, Iran continues to increase support for Iraqi Shiites. Recently, Tehran has been supplying Shiite militia with increasingly accurate and deadly weapons systems, as well as modern means of communication and control. The level of training of Shiite militants who are trained under the guidance of Iranian instructors is also growing.

It can be assumed that the Iranian leadership already sees Iraq as a puppet country, which is Lebanon for Syria. After all, Iraq is a tidbit of territory that is rich in oil and gas. And if the Americans so simply abandon him without supervision, then this will immediately provoke the fact that Iran in the first days after the withdrawal of US troops will try to strangle a weak Iraqi state.

As soon as the administration of US President Barack Obama reduced international pressure on Iran, the Iranian regime immediately began to increase its penetration into neighboring states. Therefore, the question now facing Washington is what to do next with Iran? Iran must be stopped because it is unpredictable under the current regime. Because if you give him the opportunity to do whatever he wants in the Middle East region, then an Iranian-Iraqi conglomerate may well be formed, which will produce new revolutions and new "law enforcement officers."

In this context, one should not forget about the role that Russia is trying to play in the Middle East today. In fact, the struggle for oil in Iraq continues. And Russia lost the first round. Russia has actually lost its oil business in Iraq and Libya. Now Russia is trying through Iran and Syria to regain lost positions. So it cannot be ruled out that regardless of the willingness or unwillingness of Iraq, the American troops will remain. The situation may change radically if it is decided to bomb Iran’s nuclear reactors, thereby burying the hopes of Iranian leaders for domination, leadership over the Muslim world and undermining the power of the United States and its allies.

According to American analysts: “Prime Minister Nouri al-Maliki and his government will have to make a decisive choice. After all, if al-Maliki allows the United States to leave Iraq, he will essentially declare his intention to fulfill Tehran’s wishes, subordinate Iraq’s foreign policy to the Persians, and it is also possible to consolidate his own power by acting as a modern Persian satrap in Baghdad. ”

Obviously, the main question now is this: whether the Iraqi government of the Shiite majority asks Washington to leave some of the 47-thousand contingent stationed in the country, or by the end of the year the Americans will have to completely withdraw their troops from Iraq.

It can be stated that over the years of its presence in Iraq, the United States has failed to fully prepare Iraq, which had strong immunity from external challenges and pressure. Iraq itself is predisposed to perceive the influence of any powerful state, and Iran will become the most important powerful power after the US’s withdrawal. Iran is systematically increasing its influence on Iraqi politics, using money, blackmail and ideology, which is ensured by its modern special services.

And more importantly another. If the US leaves Iraq, then the Iraqis, regardless of their attitude towards Iran, will quite obviously feel (if they no longer feel) that it is dangerous to resist Tehran, and that compromise with this country is the only way out in this situation. They feel that Iran is a regional leading power that is gaining strength, and such ideas are justified. Moreover, neither the United States nor Saudi Arabia is able to oppose anything to this in the framework of its current policy.

Feeling its strength and the fact that its expansion is unable to stop, Iran is also able to transfer its aggression to Saudi Arabia itself. It is no secret that Iranian Islamic fundamentalists do not like the pro-American position of the Saudi aristocrats and the monarchist system itself. Therefore, the main thing is to overthrow the Saudi monarchy. And then block access to America and its allies in oil in the Middle East. That from the point of view of the regime of Iranian mullahs, it will put an end to globalization and Western hegemony forever.

No one can feel safe

From the time of President George W. Bush to the time of Barack Obama, the Americans, in their decision to leave Iraq, proceeded from the fact that in four years it could be done, because by that time a strong state and army would be created in the country. It seems that the United States has underestimated to what extent the lack of unity in Iraq will hinder the achievement of such a result, and to what degree the Iranian influence will undermine these efforts. The leadership of the United States made a promise to the American people and concluded an agreement with the Iraqi government on the withdrawal of troops, but the conditions they had hoped for did not arise.

Iraqi experts say: “Today, no one in Iraq can feel safe. People have to live with the knowledge that death can overtake them suddenly and at any time. The civil war is becoming more fierce and threatens to split the country. ”
It can be concluded: the growing Iranian threat only makes the future of Iraq more uncertain. And taking into account all the potential risk factors, the hasty withdrawal of American troops from Iraq can only provoke even greater instability in this country. Therefore, any rush in this matter is not only undesirable, but potentially dangerous.
Ctrl Enter

We are in Yandex Zen
Kshatriya caste. The growing power of the Indian Navy
Almost round-the-world tour of Leon Panetta
2 comments
Information
Dear reader, to leave comments on the publication, you must to register.