By their repentance, the authorities brought Russia to the Strasbourg Court 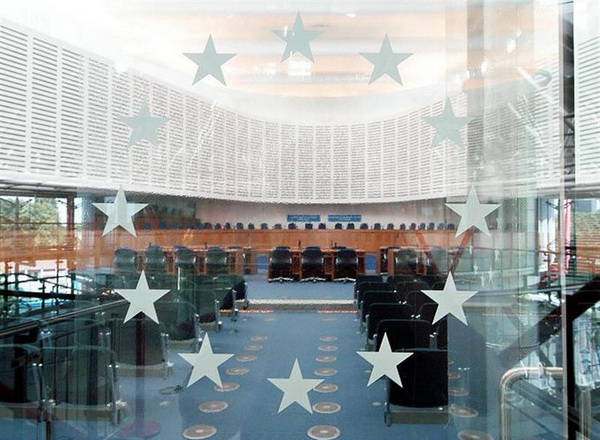 Two seemingly unrelated events occurred in the middle of July, but the connection between them, I believe, is directly reported by the online publication “Homeland". Liberal media traditionally shrieked about the "execution by the Bolsheviks of the royal family." The heart-rending howl is now picked up by a great connoisseur. stories The civil war, a former trade union committee and a member of the CPSU, and now the main United Russia member of the State Duma, is a certain B. Gryzlov.

“On this day, July 17 1918, the last Russian emperor Nicholas II and members of his family were shot in Yekaterinburg,” he repeated with inspiration the insinuation invented by the “democrats”.

And he added that "there is no excuse for this shooting."

Immediately I want to be curious about the speaker: is there any excuse for shooting 9 in January 1905 of people who went to the king? And to the shooting of the Supreme Council and the defenders of the Constitution of the RSFSR 3-4 of October of “bloody autumn” of 1993, is there any excuse, Mr. Gryzlov?

The second. The information has just passed, as some "relatives" of captured Polish officers filed lawsuits against Russia in European Court on human rights in Strasbourg demanding to convict our country. I will not repeat this nonsense. It is important that the claims are accepted for consideration. And the plaintiffs proceed from the fact that it was the “Stalinist NKVD” who shot their relatives.

What is the connection here?

Exactly a year ago, the senior criminologist of the Main Criminalistics Department of the Investigative Committee of the Prosecutor’s Office V.Soloviev made a real sensation, saying during the live broadcast on Echo of Moscow:

- We do not have a single document, which indicates that a formal decision was made to shoot the royal family. The agreement was attempted only with regard to Nicholas II, but the telegram came to Lenin and Sverdlov when nothing could be fixed ... That is, at the same time, the executioners entered the basement of the Ipatiev House, and at the same time the telegram went to Lenin and Sverdlov ...

From the revelations of Solovyov followed: not all agreed with the center deputies of Uraloblsovet at their discretion, based on the military-political situation (civil war, offensive of the Czechs, rumors about the upcoming escape of the Romanov family) made the same decision. Lenin and Chairman of the All-Russian Central Executive Committee Sverdlov were dispatched to Moscow via Petrograd by dispatch, but they did not wait for an answer and “executed the sentence” (there was no talk about children at all). What, after the fact, informed the leaders of the state.

- What's the difference? - A different reader, befuddled with 20-year liberal propaganda, will object. - The main thing is that the Bolsheviks killed the king.

The difference is, and very big. How many different kinds of Svanidzes and Gryzlovs buzzed our ears about the “cruelty of Lenin,” who allegedly gave orders to deal with the last Russian tsar. However, today foreign researchers already admit that Lenin was just in favor of citizen Romanov appearing before the court. For this purpose, the task was set in the most complicated perturbations of the Civil War to deliver it unharmed to Moscow. For a start, it was transported from Tobolsk to Ekaterinburg under a big secret ...

The second revelation of the myths is that the Bolsheviks did not shoot the king. The executioner was subjected to citizen Romanov, who abdicated the throne under the pressure of the then "democrats." That is, Yeltsin of that time, different Sobchaks, Shakhrais, Burbulis, etc.

Of course, I do not intend to justify the killing of children, but then, as they say, all the questions for the group of the “Chekist Yurovsky”. Who he is and what he is is well known ...

Orthodox historians have repeatedly paid attention: the cowardly denial of Nicholas the Second from the throne - an act in all respects cowardly and ungodly. After all, in the kingdom he was blessed with the Holy Church and was considered the anointed of God. How can one justify this shameful renunciation?

In this regard, his reckoning in the 2000 year by the ROC hierarchs as Saints is called a political step, one might even say, “anti-Soviet”, but that is why it has not ceased to be absurd. The “saint” is good, which went down in history as a denial, and with the title “Nicholas the Bloody”.

And from whom did the question of the "atrocities of Lenin" and the "responsibility of the Bolsheviks" be discussed all the time? It turns out that there are very interested people.

It is well known that Nicholas II has no surviving direct descendants and relatives. However, cousins, nephews and other cousins, who had related to the former emperor, got out of some foreign cracks.

And this self-styled “House of Romanovs” constantly wants something from Russia and has already received quite a lot. And today, he is seeking not only the recognition of the family of the ex-tsar as “victims of political repression”, but also demands the return of his property. And this is just one piece of land millions of tithes, which have long been other owners. So, drive, the Russian people, for them hundreds of millions of dollars of "compensation."

That is why, it seems, it is time for President Medvedev and Prime Minister Putin to stop flirting with the impostors of the “House of Romanovs” and to tell them in plain text: shish! Since Lenin, as the head of the Soviet state, is not involved in the execution of the ex-tsar, today's Russia does not bear any responsibility for this action.

Indeed, after all, it cost the “tandem” a year ago “to repent of Katyn”, to accuse Stalin of executions of prisoners of Polish officers, as the results did not take long. Despite all the assurances of friendship, “new relations”, “oblivion of past offenses”, the claims of the “relatives” of these victims of Nazism went from Poland to Russia.

That's it! Got it, gentlemen, good, in the "de-Stalinization." As you know, our rulers brought Russia to 1-th place in Europe on the appeals of its citizens to the European Court of Human Rights. This is not surprising with a fully corrupt judicial system, which 20 has been headed by the irremovable Chief Justice of the Supreme Court, V. Lebedev, for years. Our court is the faithful servant of the "vertical of sweetness."

It is well known that the majority of lawsuits from Russia to their state are satisfied by the Strasbourg court. Sometimes dubious and most absurd - just to annoy the Russians.

I would not be surprised that the claims of the Polish “relatives” will be recognized as well-founded. Precedent is important. And then, as Viktor Ilyukhin warned in his letter to President Medvedev, lawsuits against the Russian Federation will fall down like a horn of plenty. They have already been attributed to 100 billion US dollars, and they are all waiting in the wings.

From the letter of the deputy. Chairman of the State Duma Committee
under constitutional law
IN AND. Ilyukhin to the President of the Russian Federation D. A. Medvedev

... In Poland, the so-called Katyn Committee was created and is actively operating, which, together with the odious Institute of National Memory, are the main agents of the anti-Soviet and anti-Russian policy on the Katyn case about the execution of captured Polish officers near Smolensk.

They are persistently and consistently accused of the shooting of Polish officers of the NKVD of the USSR and are seeking to recognize this crime as an act of genocide with the subsequent presentation of claims by Russia for damages to Poland in the amount exceeding 100 billion US dollars.

... However, there are evidence for any unbiased researcher documented facts and evidence pointing to the shooting of Polish officers by the Germans in the autumn of 1941 year after the occupation by the Wehrmacht of the Smolensk region.

... For example, it was established that the Poles were shot from German weapons and this is not contested by anyone. True, Polish researchers advanced an absurd version, stating that the NKVD of the USSR used German weapons to hide the traces of the crime.

... It is not disputed that many of the victims have their hands tied with paper twine, the production of which at the time of the shooting was not known in the USSR.

... Frankly contradicts the version of the execution of Polish officers of the NKVD of the USSR and the fact that passports are on the corpses, other identity documents, which in this situation is absolutely impossible.

We are compelled to state that the holding of anti-Russian “mourning events” by the Poles in Katyn, personally supported by V.Putin, is offensive for many citizens of our country, first of all WWII veterans, who reasonably do not share the “Polish” interpretation of the “Katyn affair”.

It is not too late for the country's leaders to stand on the rails of historical truth. And publicly declare: since the mass execution of the captured Poles near Katyn in September 1941 of the year is the work of the Nazis, we are not going to recognize any lawsuits against our country and loved ones. And even more so - to pay compensation. Whether a tandem is capable of such an internal feat is the question of questions.

In the meantime, representatives of Russia in the ECHR should, at a minimum, request detailed data on such “plaintiffs”, because even the children of the “innocently killed” by the fascists should be today in 70 years.

So what kind of "relatives" are going to tear up three skins from us?

Personally, I refuse to pay for the crimes of German fascism.

We are in Yandex Zen
On the other side of the "red" and "white." Report Izborsk club
How can Russia survive and win in the 21st century?
7 comments
Information
Dear reader, to leave comments on the publication, you must to register.