Yatsenyuk calls to put the preparation for the information war in universities, schools and kindergartens in the first place

October 3 2014
26
War hysteria in Ukraine is gaining momentum. During one of his speeches, Prime Minister Yatsenyuk stated that the country needed to adapt educational programs and plans of both higher education institutions and schools with pre-school educational institutions to solve the problems of information warfare. Yatsenyuk made such a statement on the eve of the International Teacher's Day, meeting with students and teachers of the B. Grinchenko Kiev University. Reports about it TASS. 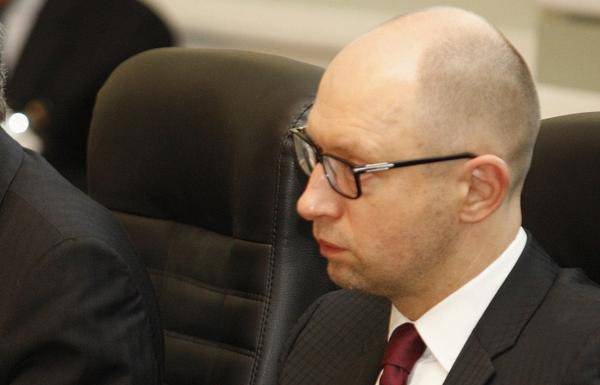 Yatsenyuk:
Questions of patriotic education of Ukrainians should be put on the same height as knowledge of foreign languages, mathematics, physics, and even higher.