Airborne will have helicopter shelves 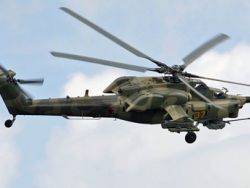 As previously reported, "RG", in the course of the reduction in the army of managerial units and backup structures, a helicopter aviation Ground forces and winged airborne equipment were transferred to the Air Force. According to the Commander-in-Chief of the Airborne Forces, Lieutenant General Vladimir Shamanov, this hit the mobility of the Blue Berets. The presence of helicopter regiments in the Airborne Forces should correct the imbalance. Earlier, Shamanov said that the most acceptable is the placement of helicopter regiments at some distance from the location of the regiments of the airborne forces, divisions or brigades. In particular, Shamanov proposed creating infrastructure for an air base near Ulyanovsk, where the 31st separate airborne assault brigade is based.

It should be noted that a number of media outlets reported on possible plans for the transfer of airborne troops to other troops. However, at the present time there is no talk of disbanding the Airborne Forces and transferring them to other troops, Ignatov told journalists.