Grandfather, who was afraid of Hitler. How Sidor Kovpak created the partisan army 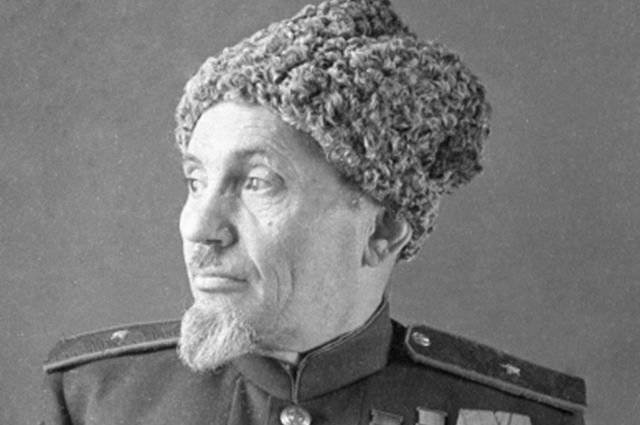 At the beginning of the 21st century, Ukraine created idols from marauders, rapists, and murderers in the Ukrainian Insurgent Army. Cowards and scum, capable of performing only punitive functions, kill "Jews, Muscovites and Communists," elevated to the status of "heroes of the nation."

One could simply say - "what a nation, such heroes." But it would be unfair to Ukraine, because this land gave the world a lot of real warriors and just people with a capital letter.

At the Baykovo Cemetery of Kiev, a man who has become a legend in life, a man whose only name terrified the nazis - Sidor Artemyevich Kovpak, sleeps forever. 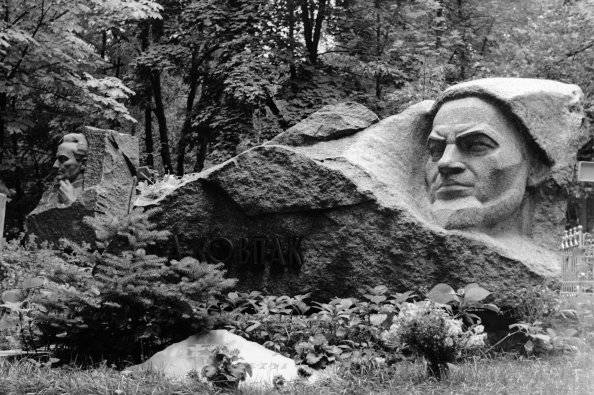 He was born 7 June 1887, in the Poltava region, in a large peasant family. On the account was every penny, and instead of school, Sidor from a young age mastered the skills of a shepherd and a farmer.

In 10 years he began to help the family, working in a shop at a local merchant. A smart, quick-witted, observant - “the lad will go far,” the village aksakals, wise with everyday experience, spoke about him.

In 1908, Sidor was drafted into the army, and after four years of military service, he went to Saratov, where he got a job as a laborer.

From the emperor to Vasily Ivanovich

But after only two years, Sidor Kovpak was again in the soldiers' ranks - the First World War began.
The soldier 186 of the Aslanduz Infantry Regiment Sidor Kovpak was a brave warrior. Being wounded several times, he always returned to the ranks. In the 1916 year, being a scout, Kovpak particularly distinguished himself during the Brusilov breakthrough. By his exploits, he earned two crosses of St. George, which he was presented by Emperor Nicholas II.

Perhaps here the king-father got a little overwhelmed - in 1917, Kovpak chose not him, but the Bolsheviks. Returning after the October Revolution to his homeland, Kovpak discovered that the war was on his heels - the Reds and the Whites agreed not for life, but for death. And here Kovpak gathered his first partisan detachment, with which he began to smash Denikinians, and at the same time, by the old memory, and the Germans who occupied Ukraine.

In 1919, Kovpak's squad joined the regular Red Army, and he himself joined the ranks of the Bolshevik party.

But Kovpak did not immediately hit the front - typhoid fever was raging in a half-ruined country. Climbing out of the clutches of the disease, he still goes to war and finds himself in the ranks of the 25 division, commanded by Vasily Ivanovich Chapaev himself. The commander of the trophy team of Chapaevs, Sydor Kovpak, already had the reputation of his prudence and thrift - he knew how to collect weapon on the battlefield, not only after victories, but also after unsuccessful battles, striking the enemy with such insolence.

Kovpak took Perekop, finished off the remnants of the Wrangel army in the Crimea, eliminated the Makhnovist gangs, and in 1921, he was promoted to the position of military commissar in the Big Tokmak. After replacing several more such posts, in 1926, he was forced to demobilize.

No, Kovpak was not tired of the war, but his health was failing — he was disturbed by old wounds, tormented by rheumatism earned in the partisan detachment.

And Kovpak moved to economic activity. Suppose there was a lack of education, but he had a vein of strong business executive, observation and ingenuity.

Having started in 1926 from the post of chairman of the agricultural artel in the village of Verbki, Kovpak through 11 years reached the position of chairman of the Putivl city executive committee of the Sumy region of the Ukrainian SSR.

By the beginning of World War II, Sydor Kovpak was 54 of the year. Not so much, but not so little for a man whose whole life was associated with war and hard peasant labor.

But Kovpak in a difficult moment could forget both about age and sores. He took over all the organizational work for the creation of a partisan detachment in the area of ​​Putivl. There was very little time for organization — the enemy was approaching rapidly, but Kovpak, to the last, was engaged in the preparation of bases and caches.

From Putivl, he left the gardens almost the last of the 10 leadership of September 1941 of the year, at the moment when the German units had already appeared in the village.

Many guerrilla groups died at the very beginning of the war due to the fact that their leaders were simply not prepared for such activities. There were also those who, having laid down the bases, preferred to hide out of fear, to hide, but not to fight.

But Kovpak was completely different. Behind shoulders is a huge military experience combined with the experience of a talented business executive. In just a few days, Kovpak created the core of the future detachment from the Putivl activists and surrounding scouts who had gone with him to the forests.

Power from the forest

29 September 1941 of the year near the village of Safonovka squad Sidor Kovpaka conducted the first combat operation, destroying Hitler's truck. The Germans sent a group to destroy the partisans, but she returned with nothing.

October 17 1941, when the Nazis were already on the outskirts of Moscow, in the Ukrainian forests, the Kovpak squad united with the squad of Semyon Rudnev, a professional soldier, a participant in battles with Japanese militarists in the Far East. 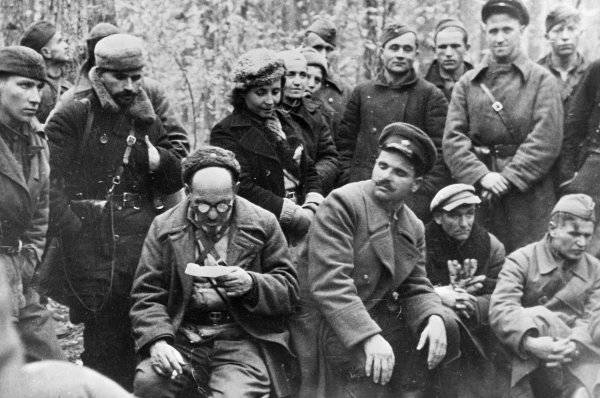 They appreciated the grip of each other and imbued with mutual respect. They had no competition for leadership - Kovpak became the commander, and Rudnev took the post of commissioner. This management "tandem" very soon made the Nazis shudder with horror.

Kovpak and Rudnev continued to unite small partisan groups into a single Putivl partisan detachment. Somehow, punishers with two tanks. The Nazis still believed that the partisans were something frivolous. The result of the battle adopted by the partisans was the defeat of the punishers and the capture of one of the tanks as a trophy.

The main difference of the Kovpak detachment from many other partisan units was, paradoxically, the almost complete absence of partisanism. The Kovpak people were ruled by an iron discipline, each group knew its own maneuver and actions during the sudden attack of the enemy. Kovpak was a real ace of secretive movement, suddenly appearing here and there for the Hitlerites, disorienting the enemy, delivering lightning and crushing blows.

At the end of November 1941, the Hitlerite command felt that it had virtually no control over the Putivl area. The loud actions of the partisans changed the attitude of the local population, which began to look at the invaders almost with a sneer - they say, are you the authority here? Real power is in the forest! 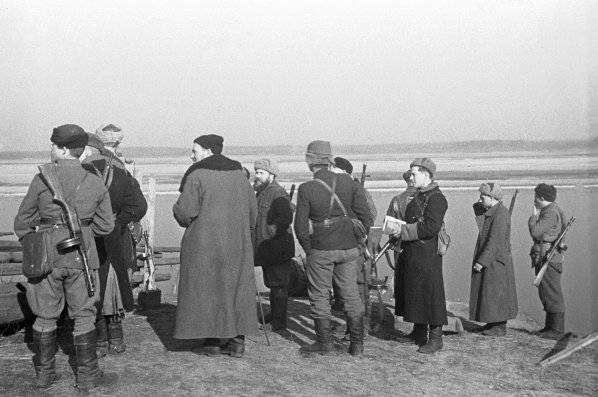 The annoyed Germans blocked Spadashchansky forest, which became the main base of the partisans, and threw large forces at their defeat. Assessing the situation, Kovpak decided to break out of the forest and go into a raid.

The Kovpak guerrilla formation was rapidly expanding. When he walked with the battles in the enemy’s rear in the Sumy, Kursk, Oryol and Bryansk regions, more and more new groups joined him. The Kovpak compound turned into a real partisan army.

18 May 1942, Sidor Kovpak was awarded the title Hero of the Soviet Union.

In August, Kovpak's 1942, along with the commanders of other partisan units, was received at the Kremlin, where Stalin asked about problems and needs. Were identified and new combat missions.

The Kovpak compound was ordered to go to the Right-Bank Ukraine in order to expand the guerrilla zone.

From the Bryansk forests, Kovpak guerrillas fought several thousand kilometers in the Gomel, Pinsk, Volyn, Rivne, Zhytomyr and Kiev regions. Ahead of them the partisan glory was already rolling, turning legends. It was said that Kovpak himself was a huge, bearded strongman, killing 10 fascists with a fist blow at a time that tanks, cannons, airplanes and even Katyusha were at his disposal and that Hitler himself was afraid of him. 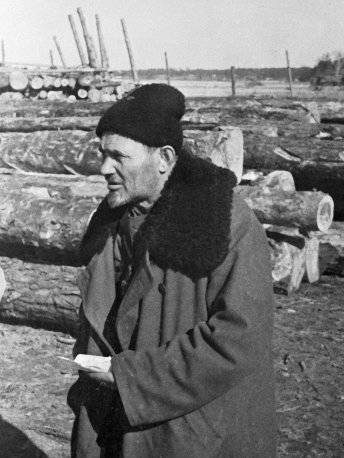 Hitler is not Hitler, but the smaller Nazi caliber really feared. The news “Goes Kovpak!” Acted demoralizing on policemen and German garrisons. They tried to avoid any part of the meeting with his partisans, for she did not promise anything good.

In April, 1943, Sidor Kovpak was given the rank of “Major General”. So a real general appeared in the partisan army.

The most difficult raid

Those who met the legend in their wake were amazed - a short old man with a beard, similar to the village grandfather from the rubble (the partisans were calling for their commander - Grandfather), seemed absolutely peaceful and in no way resembled the genius of partisan war.

Kovpak was remembered by his fighters by a number of sayings that became winged. In developing a plan for a new operation, he repeated: "Before entering the Divine temple, think how to get out of it." About providing the connection with all the necessary things, he said concisely and a little mockingly: “My supplier is Hitler.”

In 1943, the Sumy partisan unit of Sidor Kovpak set off on his most difficult, Carpathian raid. You can’t throw the words out of the song - there were many people in those parts who were completely satisfied with the power of the Nazis, who were glad to hang "Jews" under their wings and rip the bellies of Polish children. Of course, Kovpak for such was not a "hero of the novel." In the course of the Carpathian raid, not only many Hitlerite garrisons, but also Bandera troops were defeated.

The fighting was hard, and sometimes the position of the partisans seemed hopeless. In the Carpathian raid, the Kovpak compound suffered the most serious losses. Among the dead were veterans who stood at the origins of the detachment, including Commissioner Semyon Rudnev.

Still, the Kovpak connection was back from the raid. Upon his return, it became known that Kovpak himself was seriously wounded, but he was hiding it from his fighters.

The Kremlin decided that it was impossible to continue to risk the hero's life - Kovpak was recalled to the mainland for treatment. In January, the Sumy partisan unit was renamed 1944 to the Sidor Kovpak 1 th Ukrainian partisan division. The command of the division took over one of the comrades of Kovpak, Peter Vershigora. In 1944, the division made two more large-scale raids - Polish and Neman. In July, the guerrilla division, which the Nazis did not manage to defeat the fascists, merged with the units of the Red Army in Belarus.

In January, 1944 was awarded the title Hero of the Soviet Union for the successful Carpathian raid. 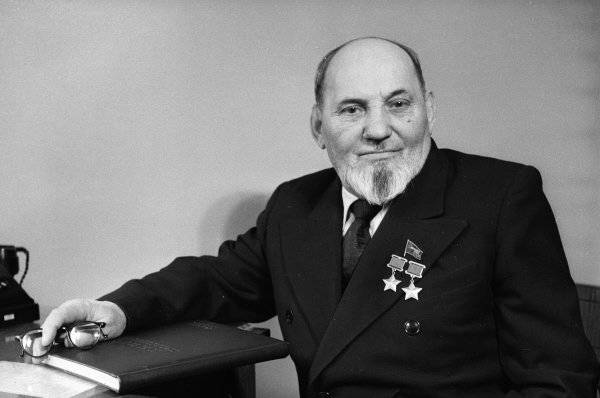 Having healed the wounds, Sidor Kovpak arrived in Kiev, where a new job awaited him - he became a member of the Supreme Court of the Ukrainian SSR. Probably, another would be blamed for the lack of education, but Kovpak was trusted both by the authorities and the common people - he deserved this trust with his whole life.

In the 2012 year, under Viktor Yanukovych, the Verkhovna Rada of Ukraine, at the suggestion of the communists, adopted a decree on the celebration of the 125 anniversary of the birth of Sidor Artemievich Kovpak. Then still Kovpak remained a hero for Ukraine.

What would Sidor Artemyevich say if he saw what has become now with his native Ukraine? Probably would not have said anything. Having seen a lot in his lifetime, Grandfather, having groaned, would simply have gone towards the forest. And then ... Then you know.