M.Butina: "The number of supporters of the legalization of short-barreled weapons in Russia has tripled" 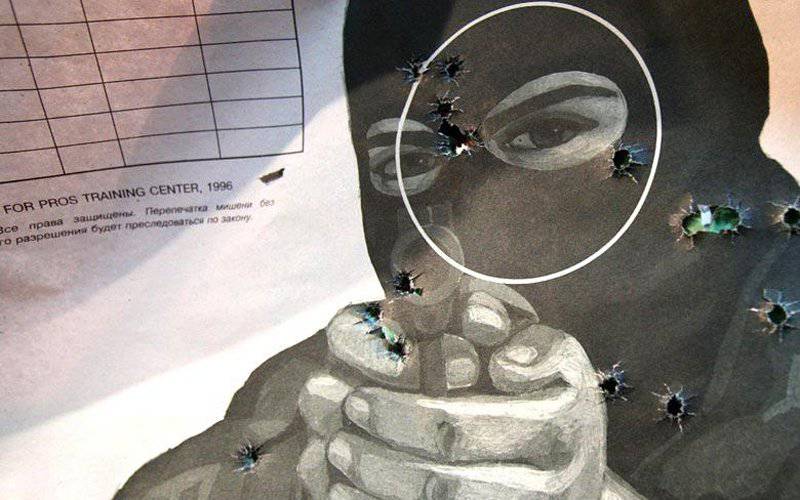 Growing support in the ruling circles

The issue of legalizing the sale and carrying of pistols and revolvers as weapons Self-defense causes heated debate in our society.

There are quite a few opponents of this idea, but supporters, having united their efforts within the framework of the organization “Right to Arms”, have recently more often declared themselves as an influential force capable of changing public opinion in their favor.

In view of the importance of the issue, we decided to directly contact Maria Butina, Chairman of the Board of Rights of the Weapon, and ask her a few questions.

- What is the attitude of society in the idea of ​​allowing citizens to defend themselves with the help of short-barreled firearms?

- The dynamics of public opinion is visible in the sociological studies of VTsIOM and the Levada Center, which have been published several times. If three years ago the number of supporters of expanding the rights of citizens to weapons (short-barreled rifled firearms) was at the level of 14%, now it is already 44%.

Increased and the proportion of fluctuating. These people at some point will make a decision for themselves after listening to the arguments for and against. But the thing is that it is difficult to bring negative arguments here, because now citizens have a weapon with a capacity of more than 4 thousand joules. What then to say about a gun with a capacity of 350-500 joules?

Citizens of Russia on legal grounds with appropriate documents and no contraindications and convictions have the right to purchase weapons. People who know about this usually do not object to expanding the list of available weapons, since the citizen has proved his law-abiding. This dependence was also shown by the VTsIOM survey conducted in the summer of 2014 of the year.

- Does the ruling circles of our country change their attitude towards the idea of ​​liberalizing the law on weapons?

- Back in 2012, First Vice-Speaker of the Federation Council Alexander Torshin presented an expert report on the need to legalize short-barreled rifled firearms. This did not go unnoticed, and the reaction of the Presidential Administration followed. If earlier she considered the question to be irrelevant in principle, now it was said that this question, though not the most urgent, but it can be subsequently considered. This is a good move! At the same time, Alexander Torshin remains in solid positions.

In addition, in the LDPR earlier, individual deputies supported the liberalization of the law on weapons, and now there is support at the fractional level as a whole. By the way, the deputy from the Liberal Democratic Party Ivan Khudyakov introduced the appropriate amendments to the State Duma.

It must be said that the position of the elect of the people depends on the position of the public. And here it should be noted that the “Russian Public Initiative portal” collected 100 thousands of signatures in support of the initiative “my home is my fortress”. It provides for the possibility of the necessary defense of a citizen within his home in the event of an invasion. This initiative was supported by the Federal Working Group under the Government of the Russian Federation.

By the way, Sergey Makarchenko, coordinator of the movement “Right to Arms”, persuaded the Pskov parliament to introduce a legislative initiative “my home is my fortress” to the State Duma, and it is in the queue for consideration.

- It has been repeatedly noted that the concept of “necessary defense” allows for a free interpretation, which is why people who defend themselves may end up behind bars. What has been done to remedy the situation?

- Yes, our legislation is not perfect enough to justify every person who finds himself in a situation of necessary defense. Nevertheless, high-profile cases related to acquittals of the court change the attitude of the judges towards self-defense, although our right is not a precedent. We are moving from the particular to the general, and there are already precedents when, thanks to public response, media participation, demonstrations, we managed to achieve acquittals for Evgeny Kostrykin and Alexander Telesov.

Yes, the situation with self-defense is bad, but not to the extent that it is positioned. Every year, more than 600 cases of legal self-defense with traumatic weapons occur in Moscow and the Moscow Region. Notice that these are statistics only for traumatic weapons, and there have already been 600 cases. That is, people protect themselves, and the law justifies them, but much depends on the legal culture. A person should clearly realize how to behave in a situation of self-defense, how to testify, how not to harm himself.

If you are sure that you are trying to be imprisoned, and you are not to blame, then from the very first days contact us, we have a telephone toll-free hotline. We help with advice and lawyers, but we must contact us right away. If time is missed, then we already had examples when nothing could be done.