12 September 2014
84
The British "empire" staggered. Pound sterling went down - because of a sociological survey, according to which Scotland will more likely break away from the United Kingdom, rather than remain in it. And then it turned out that the electric power industry of Britain was in a deplorable state: some of the stations were outdated, some were completely worn out, the rest was coming to a “retirement age”. Already this winter, London will begin to buy electricity abroad, but abroad is not sure that she has enough for London. It got to the point that Prime Cameron shed a tear in public, and experts advised the government to stop quarreling with the Russians and agree with Putin’s plans for Ukraine. 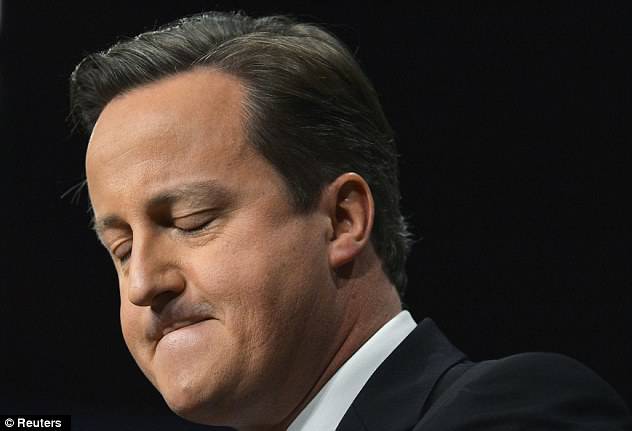 This week, the British pound has been shaken (the rate has dropped to its lowest level since November 2013 of the year). Analysts immediately linked the sharp fluctuations in the course of the Scottish surveys. We already wrote about them on "IN"briefly recall the essence.

The results of three sociological surveys showed a change in the mood of many Scots. According to the results of the first survey (YouGov, commissioned by the Sunday Times), the number of supporters of the separation of Scotland from Britain for the first time exceeded 50% (51% against 49%). A second survey (conducted by Panelbase) gave the ratio of 48 to 52. The results of the third (“TNS”): 38% of Scots would vote for Scotland’s independence, against - 39%.

The results of the first survey, in which 51% of the Scots surveyed spoke in favor of independence, should be compared with the results of a similar survey a month ago. The opinion gap was 22 percentage points in favor of the supporters of the current union!

This survey and comparison came as a shock to British Prime Minister Cameron, who immediately flew to Edinburgh and made a speech there, inviting, as they say, specially selected people. 10 September it was sold in the press. Journalists who have attended the show, note that Cameron seemed to have lost his former manner of emotionally speaking. He spoke quietly and even cried a little, saying that the union of Scotland with Britain is “a family of nations”, and his (premiere) “heart will be broken.”

As soon as the data of the historical survey with fifty-one percent appeared in the British press, the national currency exchange rate also reacted to them. Lb fell on 0,77% (up to 1,6207 dollars), initially going down to even 1,6165 dollars.

No, these are far from signs of hyperinflation, but after all, nothing has happened yet. There was no voting in Scotland (it is scheduled for September 18), the economy is working, the country is preparing for the heating season ... Getting ready?

If this is the case, then the training looks very much like preparation ... Ukrainian. In Kiev, winter classes in schools, as you know, are postponed for the summer, since in winter there is nothing to drown schools, companies and factories recommended to reduce consumption, well, and the residential sector would be well worth the trouble.

Recently, a small message from the agency appeared on the Internet. "Reuters"In which, with reference to the energy company "National Grid", information was given on the difficult coming winter for the British, including the inhabitants of the capital. In the same way, as in Kiev, the London factory workers and bosses of various firms in general were recommended to reduce energy consumption from November to February: otherwise the electricity may not be enough for the residential sector.

The same article also reported on the alleged import of electricity from mainland Europe. And import is not simple, but permanent, Reuters agency indicates.

Is that Russian to blame?

No, not a word about Putin’s long arm in a note. But sadly it is told about the unprofitable gas power plants in Britain, which had long been mothballed. There are also coal, but they are hopelessly outdated. Well, there are also nuclear power plants! But they are coming to the end of their life cycle. It's time for British electricity industry to retire ...

It should be added to this that on the threshold of winter, the pound sterling rate may fall much lower. And what if this winter becomes unusually cold?

Analysts assume that food prices will jump in London. But this is not the main concern of the British, but something else: what if Europe does not have enough resources to provide Britain with electricity?

In short, Russian oligarchic billionaires need to think about a new residence.

Meanwhile "The Russian Times" With reference to "The Telegraph" led the opinion of the former British Ambassador Tony Brenton. In an interview with the British edition, he said that the West should stop "teasing the Russian wolf."

According to the former ambassador, the West has blundered on politics in Ukraine, causing the ire of the Russian wolf. Then the West realized that it was not ready to face Russia, and began to look for ways of retreat.

Tony Brenton said that Western politics is built on false premises. Russia has no aggressive ambitions. On the contrary, this aggressive West seized control of Kiev.

But Ukraine and Russia are connected by deep cultural and historical ties, and Kiev - "the mother of Russian cities." Moscow does not need Ukrainian territories, but it needs influence.

Another lie of the West is that economic sanctions can stop Russia. The former ambassador recalls that since the end of the Second World War, sanctions against Russia were applied six times, but to no avail. Sanctions do not work today. The political effect of the sanctions was the rallying of the Russian people. Now part of the opposition in Russia has ceased to support the actions of the West.

“It's time to make a deal with Putin,” sums up Mr. Brenton.

Recall in conclusion of the review that quite recently the intonations of the British press were very different. Cameron did not cry in public, the pound sterling rate was stable, until the winter seemed far away, Ukraine was already seen almost as a member of NATO ...

In late August, David Cameron, on behalf of the government, spoke in favor of blocking the access of Russia to the SWIFT banking network by the European Union. And at the beginning of this month, on the eve of the NATO summit, an article by the same Cameron appeared in the Times, written by him with the co-authorship ... with Obama. Two leaders of the Western world expressed confidence that NATO could adapt in the face of new threats. New threats, according to the co-authors, come from Russia, which by force weapons trying to force the sovereign state of Ukraine to give up its right to democracy.

Now the NATO summit is over, Ukraine, as it became clear, does not need the North Atlantic alliance, no one is going to fight and die for it, and NATO has no money. Ukraine promised a symbolic amount (16 million dollars) for the needs of the army, and that's it.

Finally, D. Cameron found that the most important thing in his life is not to tease the “Russian wolf” at all and not to propagandize democracy in Ukraine. The prime minister remembered that winter was on the nose, and no current was expected in the sockets. As for the Crimea and the Ukrainian south-east, they have nothing to do with London. The British state itself is about to split into two parts. While Cameron was making statements about the Russian threat, about NATO and the desire for Ukrainian democracy, the Scottish first minister, A. Salmond, persuaded the doubting Scots to vote on the referendum for independence. And these people understood: with a non-independent Britain, with rattling weapons and participating in ridiculous "sanctions" at the behest of the ocean, they are no longer on their way.