6 September 2014
61
Detachment of warships and support vessels of the North fleet from the base in Severomorsk went to the arctic base of the Russian Navy (Novosibirsk Islands). Vadim Serga, Head of the Information Department of the Press Service of the Northern Military District Northern Fleet, in an interview ITAR-TASS reported on the composition of the fleet group. 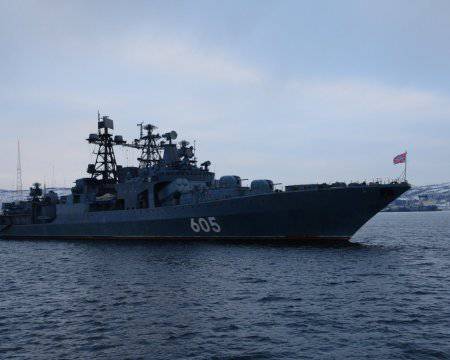 The commander of the Northern Fleet, Admiral Korolev, said that the main purpose of the campaign was to deliver not only personnel, but also special equipment and property objects to the Russian Arctic naval base. At the same time, Admiral Korolev said that the tactical grouping of the Federation Council of the Russian Federation will serve on the Arctic base (the Novosibirsk Islands) on a permanent basis.

The passage of the ships of the Northern Fleet is accompanied by patrolling the naval course aviation. At some sections of the transition, icebreakers of the atomic fleet will be involved.