Ilham Aliyev at the military parade in Baku: "The war in Karabakh is not over yet" 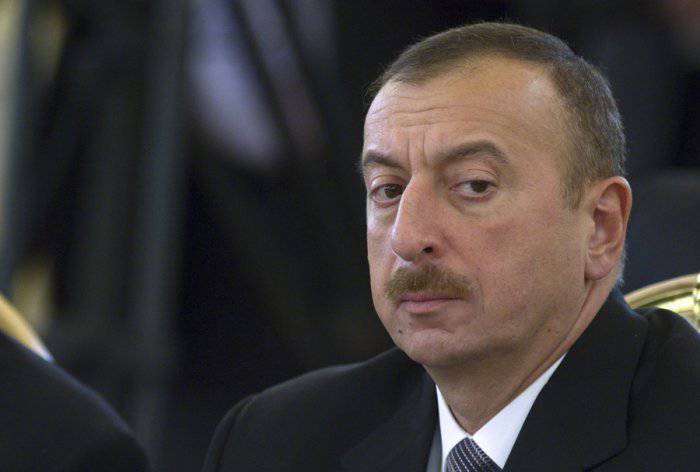 A military parade dedicated to the Day of the Armed Forces of Azerbaijan and the 20 anniversary of the restoration of independence was held in the capital of Azerbaijan, Baku. The parade was attended by six thousand soldiers of the Armed Forces personnel, up to 400 military equipment and weapon systems, including about 50 units of modernized military-combat equipment, about 60 types produced and modernized in Azerbaijan weapons, 14 armored personnel carriers, 35 combat helicopters, 22 combat, eight training aircraft, 28 ships, boats and other equipment.

For example, in front of the stands of Azadlig Square, the C-300 anti-aircraft missile system, the Matador and Marauder minefield transporters of the joint production of the Ministry of Defense Industry and the Paramount Group company (South Africa), purchased by Azerbaijan from Russia, passed equipment of Turkish, Israeli and Czech production and other types of armored vehicles.

Along with military helicopters and fighters, unmanned aircraft of the Azerbaijani army were also demonstrated for the first time.

Supreme Commander, President of Azerbaijan Ilham Aliyev spoke at a military parade. "The war in Karabakh is not over yet. Our state budget has increased 16 times. Our military spending has increased 20 times and makes 2 582 959 470 manat ($ 3 billion 270 million), and this is not the limit. 50% exceed the entire state budget of Armenia. Military spending in its volume will continue to occupy the first place in the budget of Azerbaijan until Armenia liberates Azerbaijani lands and a peace agreement is signed with this country. Occupation by Armenia 20% Azerbaijan Khoi area is a temporary phenomenon, and it can not last forever.

I am fully confident that in any way our territorial integrity will be restored. For this we need to be even stronger, "said Aliyev.

The President also reported on the social and economic reforms that are being carried out in Azerbaijan. He said that as a result of these reforms, the standard of living of the population has improved: "A million jobs have recently been created in Azerbaijan."

Note that 8 June 2010 of the Year, the National Assembly of Azerbaijan approved the military doctrine of Azerbaijan, which was developed in accordance with the country's national security concept, adopted in 2007 year. The doctrine says that Azerbaijan has the right, "using all necessary means, including military force, to liberate the occupied territories and restore territorial integrity." It should be noted that Azerbaijan does not exclude a military solution to the conflict, if it considers peaceful means to be exhausted. The recent talks between the presidents of Azerbaijan and Armenia, held in Kazan with the mediation of Russian President Dmitry Medvedev, did not lead to the expected results.

We are in Yandex Zen
Dismantling of civilization on behalf of South Africa ... on behalf of Nelson Mandela
Azerbaijan replenishes the powder keg
24 comments
Information
Dear reader, to leave comments on the publication, you must to register.