20 2014 June
24
Every year on June 20 of the Russian Navy honors the specialists of the mine-torpedo service. This professional holiday was established in our country in 1996 by order of the Commander-in-Chief of the Russian Navy in memory of the first successful use of a mine weapons by our sailors in 1855. We are talking about the distant events of the Crimean War. Nowadays, mine weapons and torpedoes form the basis of the armament of coastal defense troops, whose main tasks include protecting the bases of forces and equipment of the Russian Navy, ports and important sections of the Russian coast. In addition, torpedo weapons are part of the armament of submarines. Their main purpose is defense against underwater fleet enemy and escort escort of missile submarines and surface ships of the Russian fleet.


According to historical sources, Russian sailors first used mines in 1855 during the Crimean War. An Anglo-French squadron entered the Gulf of Finland to attack our naval bases. Their primary goal was Kronstadt. To protect Russian borders, our sailors used mine weapons. As a result of competent laying mines, the enemy lost 4 warships and was forced to abandon the attack on Russian bases. 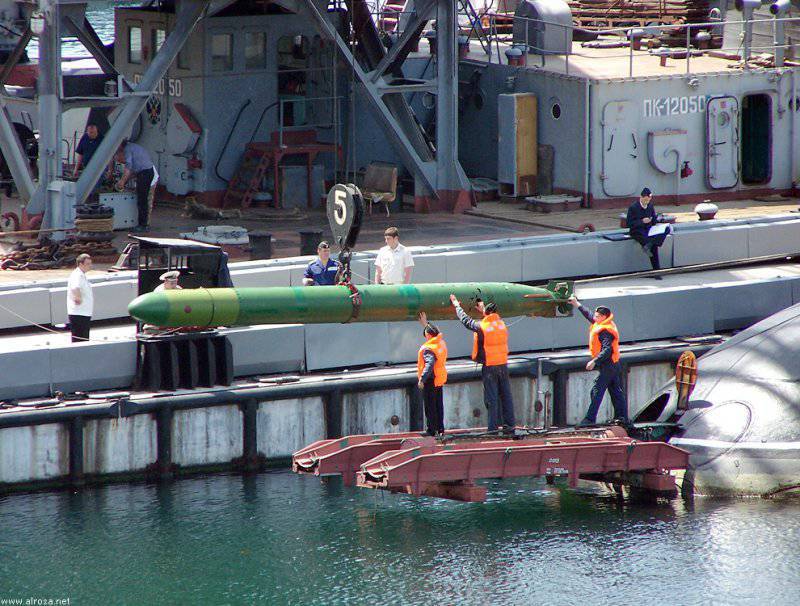 If we talk about torpedo armament, then the first torpedo was used by the future vice-admiral of the Russian fleet Stepan Makarov during the Russian-Turkish war 1877-1878. On the night of January 14, 1878, Makarov attacked the Intibah Turkish patrol boat, which was stationed on the Batumi raid. The torpedo successfully hit the target, the ship was sunk.

Officers and sailors of the mine-torpedo service showed no less courage and professionalism during the two world wars, defending the borders of our country. During World War I, the main stronghold in the defense of Petrograd was precisely the mine-artillery position, which successfully blocked the Gulf of Finland west of Helsinki. At the same time, the ships of the Baltic Fleet actively installed minefields in front of German bases in the Baltic - Kiel, Memel and Pillau, as well as on the approaches to the bay of Danzig. On the mines established by Russian sailors, only in 1914-1915 years, the German combat vessels 15 (including 3 cruisers and 3 destroyer), as well as enemy 14 transports, were blown up and sank or damaged. Because of this, the German command was first forced to abandon the basing of its ships on the Danzig Bay, and later completely abandon the conduct of offensive operations in the eastern part of the Baltic Sea.

From the very first days of the start of the Great Patriotic War, it became clear that mines would represent the main threat to the ship structure of the Soviet Baltic Fleet. At the same time, they were a serious threat to communications in the Black and Barents Seas. The situation was aggravated by the fact that already from the first days of the war the Germans began to actively use acoustic and ground magnetic mines, which were not studied in the USSR. By the beginning of World War II, the Soviet fleet was provided by minesweepers by only 11,4% of the required number. The provision of contact trawls was at the level of 64,9%. Non-contact trawls began to enter the fleet's armament only by the end of 1941, and the problem of combating bottom mines was basically solved only after the transfer of ships received from the allies to the fleet. For the USSR, the mine war, with all its losses and difficulties, continued even after May 1945, for at least another two decades. Echoes of this war can be heard today, they manifest themselves in the form of suddenly appearing torpedoes and mines from the times of the Great Patriotic War. 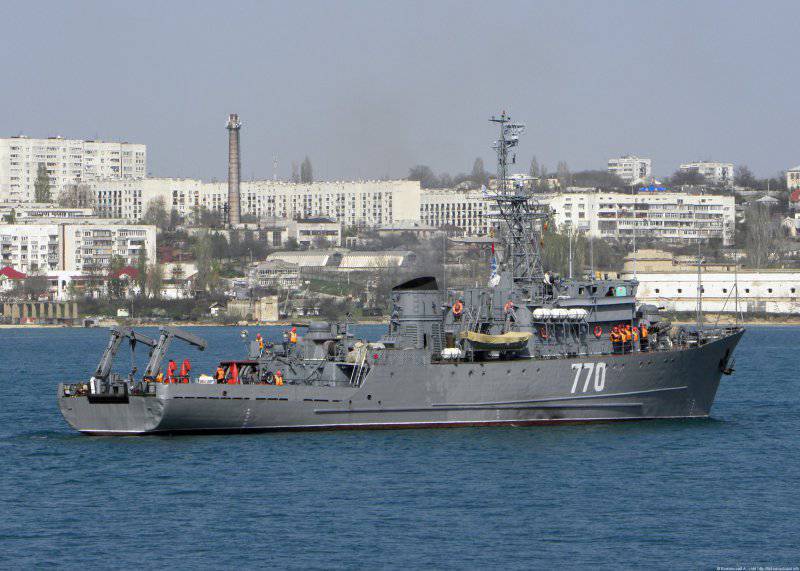 In the post-war years, the creation and production of mines and anti-mine weapons rapidly developed, sometimes following a fundamentally new path. Torpedoes-mines, mines-torpedoes, bomb-mines, which were based on new principles of action, began to appear in service with the fleets of different countries. There were mines with a very high degree of resistance to trawling and filled with the most advanced electronics. The use of mines in the local wars of the Cold War era has once again demonstrated their great effectiveness in the war at sea.

The development of new mines and torpedoes continues in our days, although information about this type of weaponry is much less likely to appear in the media. In part, this can be explained by the fact that work on the creation of new types of torpedo mine weapons is conducted with complete secrecy. So, our anniversary participants, specialists of the mine-torpedo service, will need to constantly improve their skills and be ready for any unpleasant "surprises" to appear at the enemy.

Ctrl Enter
Noticed oshЫbku Highlight text and press. Ctrl + Enter
We are
June 20 - Day specialist miner-torpedo service of the Russian NavyToday, the servicemen of the Submarine forces of the Russian Navy celebrate their professional holiday - the Day of the submarine
Military Reviewin Yandex News
Military Reviewin Google News
24 comments
Information
Dear reader, to leave comments on the publication, you must to register.