Decrepit guarantor of the country's defense 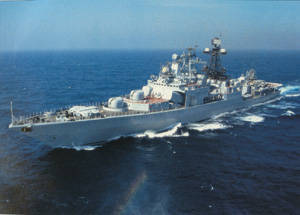 
The Russian government has begun the development of the country's budget for 2012 – 2014 years. As it became known, the Ministry of Finance proposed to abandon the increase in the number of officers and contractors of the Ministry of Defense (saving 160 billion rubles). Moreover, it was proposed not only not to increase the army, but also to reduce it by 15% over three years (another 50 billion). Also in the next three years, the Ministry of Finance wants to cut the state defense order (by 100 billion rubles. Annually). It is proposed to abandon the increase in financial support of the savings and mortgage system for the military (78 billion savings).

I don’t even want to discuss the last of these proposals, only there is a desire to offer the leadership of the Ministry of Finance and indeed the entire government to live under the same conditions as the majority of Russian officers (and for their money allowances). I would like to discuss the problem of reducing the size of the Armed Forces and the state defense order, that is, further cuts in the country's military potential.

In the view of the majority of people with liberal views (it is they who mostly rule the Ministry of Finance), the sun is a giant parasite, from which there is no use and which is therefore desirable to destroy at all. And since various stupid retrogrades do not give it yet, it is necessary to cut down at least as much as possible to this parasite. The fate of the USSR, which allegedly collapsed under the burden of excessive military spending, should be a reinforcement of this view of life.

Of course, excessive military spending harms the country's economy. However, in relation to the USSR, no one has ever been able to determine exactly what role military expenses played in its collapse, and what role the general inefficiency of the economic model and the inflated social and foreign policy obligations played. But for some reason it is completely forgotten that the sun has a very specific economic role.

First, the Armed Forces protect the country from external aggression, the damage from which will obviously exceed by many orders of magnitude the military expenditures (up to the option of complete destruction of the country and, accordingly, its economy). Secondly, the Armed Forces provide the country's interests in the world arena, with their potential, in particular, by supporting the advancement of its economic interests. Accordingly, the army is by no means a parasite.

Unfortunately, in Russia it is absolutely not customary to learn even from one’s own experience, not to mention someone else’s. Although today the world around us shows us very interesting examples of how much and why you should spend on the sun.

So, we are witnessing a European experience. Since the end of the Cold War, all European countries have continuously reduced their Armed Forces and their costs. True, expenses are reduced more slowly than the actual resources of the Armed Forces, since almost all European countries have moved from the draft principle of recruitment to the hired one, which sharply increased the cost of maintaining personnel, despite a significant reduction in its number. Yes and weapon Now it’s become very expensive, even if it’s not enough to buy, it’s still expensive. The current economic crisis, which hit the Eurozone countries very hard, has led to another round of reductions, which is still unfolding. In some places, it comes to zeroing. For example, Holland abandoned tanks, without which, in fact, a normal war cannot be waged (I will not waste space on proving this obvious thing).

As a result, there is a complete loss by the European Armed Forces of combat capability. Let us now leave aside the psychological side of the question (pacifism that struck the Europeans), take the purely military one. By itself, a reduction in armaments after a certain level leads to a complete loss of the ability to fight. There are too few weapons, so it will simply be knocked out very quickly. In addition, since it is very small and very expensive at the same time, it is now just scary to send it into battle. This was the case with battleships during the Second World War. Now such “battleships” become what has always been “consumable” - tanks, infantry fighting vehicles, fighters.

However cheap an extremely reduced army actually turns out to be extremely expensive due to its military inefficiency. Now we can observe this in Libya, especially since the Americans, by withdrawing from the operation, provided us with a clean experiment in the sense of demonstrating the capabilities of the Europeans. Which, as it turns out, there is practically nothing to fight. The war has been going on for almost three months, moreover, in purely polygon conditions, without resistance from the enemy. However, the results achieved are very close to zero. At the same time, the cost of the war is already very high. Many types of modern and extremely expensive ammunition have been completely spent (it is not clear what). And the end of the war is not visible. Had the Europeans a normal sun, everything would have been long over by a deliberately much lower price than it turns out now. As a result, saving turns out to be an illusion, more precisely, deception (or self-deception).

It is the “cheap” abbreviated army that becomes a real parasite, since the money is still being spent on it, and a lot of it, and it cannot fulfill its tasks. That is, if you switch to liberal terminology, taxpayers pay for the service, which in fact is not provided to them. Accordingly, the savings on aircraft are not only self-deception, but also immoral. Fortunately for Europeans, there is no one to attack them, besides, the United States is still behind them, otherwise they would have been much more tragic about how expensive the “cheap” army is.

The opposite example is China. Back in the late 1970s, this country had a gigantic army, which was a mountain of scrap metal in the technical sense and a huge crowd of people dressed in military uniforms with a zero level of combat and command training. The war with Vietnam at the beginning of 1979 covered PLA with unfading disgrace. The only thing that the Chinese "warriors" did well was the atrocities against the civilian population of the country, which all of 10 had called fraternal in China years before.

At the start of the reforms, the PLA was immediately significantly reduced. At the beginning of 1990, PRC’s defense expenditures amounted to miserable 4,5 billion dollars. Since then, the situation has changed dramatically, over two decades, PRC’s defense expenditures have grown 20 times, and the country's leadership does not hide the fact that they will grow further. At the same time, the Chinese economy is much more liberal than the Russian one. And most importantly, the PRC leadership is distinguished by exceptional pragmatism, it will never be useless to throw money down the drain. Any of their expenses are investments in the future.

Such investments in the future are military spending, which grow almost twice as fast as China’s GDP.

The PLA, which is almost not contracting (and in some cases increasing) quantitatively, is undergoing a radical qualitative update, now confidently and in all respects entering at least the top three strongest armies in the world, and even leading to some positions. It has long been redundant for defense, so it would seem time to stop, but the Chinese are not going to stop. After all, it is clear that without external expansion, without the seizure of territories and resources, China cannot survive. Therefore, the PLA is becoming the most important economic factor, the engine of this expansion. Moreover, the presence of a huge military power in most cases will make direct aggression unnecessary. Simply, the Chinese, referring to the leadership of other countries, can now say: "Give us this (territories and resources) in a good way - or we take it in a bad way." There are few people who want to choose the second option. As a result, dear huge PLA will be economically very effective, because it will bring more money than was spent on it.

The Armed Forces of the Russian Federation are now brought to such a state when their total total rearmament is necessary, and a truly new technique, not a Soviet one, such as the T-90, BMP-3 or Mi-28. Accordingly, even the current state defense order, perhaps, is too small. Its cuts are already a direct crime, not even undermining, but, in fact, destroying the country's defense capability. The matter is aggravated by the fact that the aforementioned China will ask us to first of all give him everything “in an amicable way”. And the Armed Forces of the Russian Federation cannot be “small, compact,” due to the size of the country, the diversity of the different directions of threats.


I don’t even want to talk about the monetary allowance and housing conditions of servicemen, so as not to switch to profanity.

Of course, budget savings are a wonderful thing. Especially since the reserves for it are actually huge. In the first place, of course, this is corruption, the total amount of which, apparently, is several times, if not by orders of magnitude greater than our military spending. There is also the “official” content of the state apparatus (including the same Ministry of Finance), the effectiveness of which per person, to put it mildly, is low. There are various wonderful megaprojects such as the Winter Olympics in the subtropics. There is also such an item of expenditure as the maintenance of numerous gangs of the Red Guards (youth patriotic movements). There are purchased with money earned in Russia (more precisely, at the expense of Russia), Faberge eggs, the world's largest yachts and the “basement” clubs of the NBA. However, the Ministry of Finance will apparently say that all this is not in their competence ...

We are in Yandex Zen
New plants and workshops in Russia in 2014 year
2 comments
Information
Dear reader, to leave comments on the publication, you must to register.