Does the world and Russia benefit from the rapid fall of the USA? 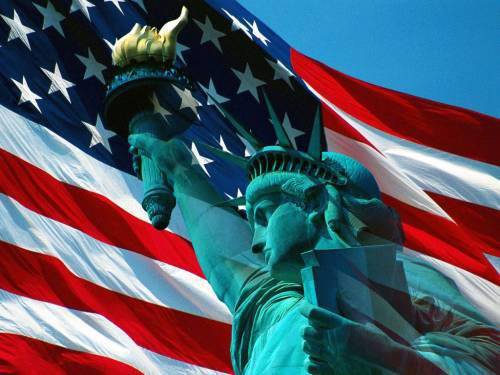 The United States for many citizens of Russia, and indeed a significant number of Muslims, residents of a number of Latin American countries, for the Serbs are an "evil empire", something like "Mordor" from Tolkien's fairy tales. Therefore, reports of US problems with the dollar, national debt, unemployment, sales growth weapons the public and so on are perceived with joy. They say that the “evil empire” will collapse, will collapse like the USSR, civil war will break out, only benefit will come to other nations and states.

"Cons" of the rapid fall of the States

- The United States at the present time is a “global gendarme”, which badly or well controls the “world order” (different opinions, the majority thinks that it is bad). And if they collapse, the world will be overwhelmed by large and small wars “for the redistribution of spheres of influence,” borders, etc. Take the Balkan Peninsula if the United States and, naturally, the NATO bloc collapses (without the US, NATO does not represent a real fighting force, other countries NATO will still be able to defend together, but cannot wage offensive wars at this level), then several violent conflicts may flare up: Croats in Bosnia and Herzegovina will try to become part of Croatia, Croatia will support them. The Serbian Republic in BiH will also want to reunite with Serbia. Serbia, quite possibly, will want to restore the “constitutional order” in Kosovo, whether Albania will remain aloof from this is a question. The problem of the Albanians in Macedonia may again become armed. In Serbia, they can hang pro-American politicians and recall the “Great Serbia”, which will cause several wars.

It is quite clear that neither Greece, nor Turkey, nor Bulgaria, nor Hungary, nor Germany, nor Russia ... will remain aside from the Balkan turmoil.

China, for sure, will solve the problem of Taiwan, which no one will defend, it is doubtful that Japan without the United States will support it with its armed forces. After that, the pressure of China may be experienced by other neighbors of China in Southeast Asia, in Central and Central Asia.

- A redistribution of spheres of influence will begin, perhaps the BRICS countries (Brazil, Russia, India, China, South Africa) plus Germany and France will be able to create something like the UN Security Council-2. Who will try to prevent the world from falling into complete chaos, preventing at least major wars.

None of the great powers or the European Union, as a union of countries, is currently being dragged into the "world gendarme". And to be a supporter of anarchism is stupid, countries and nations are not ripe for "independence." We need some kind of regulator, a “generator of ideas,” a center of power, giving the world a role model. Russia could become such a center, but for this it needs to formulate the Globalization Project of the World understandable to the majority of nations. And to implement it, first of all, on its territory, becoming the Image of a new world - a more Just, honest, healthy, spiritual.

- A huge problem will be the territory of the United States itself: huge stocks of nuclear, chemical, biological weapons, simple weapons, nuclear power plants and other objects dangerous for the planet. It is necessary to urgently redeploy the peacekeeping forces of the great powers in order to take control of the most dangerous objects. The big question is how to feed the huge masses of the population of megacities? They do not know how - even they have forgotten how to cook, not to mention the cultivation of their garden. It is likely that it will be necessary to create similarities to the “labor camps” in order to accustom the former citizens of a superpower to farm.

- Another global problem is the new world division of labor, the specialization of countries. The USA is a huge consumer of various kinds of resources and benefits - from hydrocarbons from Mexico and Venezuela to clothes from China. What will people of countries that maintain a high standard of living of Americans do? Indeed, at present, the US consumes about 40% of the entire planet. The big question is what will be the new exchange system if the dollar collapses? Neither the euro, nor the yuan, nor the ruble is currently being dragged into this role.

Thus, it becomes clear that I want to “the United States are dead”, but not quickly and in a catastrophic scenario. This scenario will lead to a new surge in violence across the planet, a huge number of new conflicts and wars, the redistribution of borders, the collapse of the planetary economy. The best scenario is the slow, gradual extinction of the United States, so to speak, in an evolutionary way, not revolutionary. Meanwhile, Russia should form its Russian globalization project.

We are in Yandex Zen
What we lost
"Decay" of the USA, as a pretext for a new world war
25 comments
Information
Dear reader, to leave comments on the publication, you must to register.