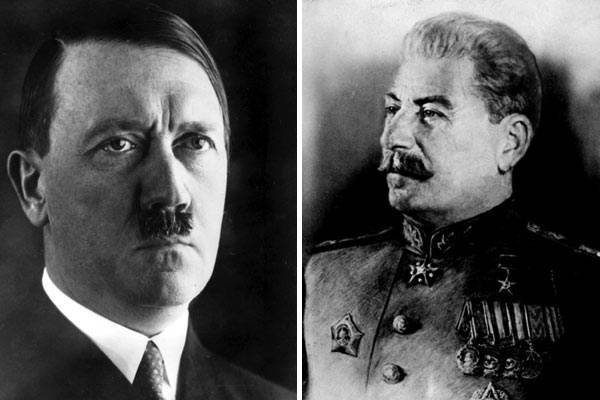 The military-political leadership of the Soviet Union understood that a war was approaching, and in the course of carrying out comprehensive preparations for it, carried out misinformation measures, an information and psychological operation. Its purpose was to delay the start of the war or even prevent its beginning.


In general, if we study Soviet prewar foreign policy and diplomacy, we can conclude that the USSR did everything to prevent the start of a world war. For this, Moscow tried to create a system of "collective security" in Europe, together with France and England, to stop the aggressive aspirations of the Reich - in Czechoslovakia, Austria, towards Poland. But Paris and London from the very beginning believed that Germany and the USSR would fight, and they would remain aside until the last moment, therefore the efforts of the USSR did not lead to a positive result.

In the pre-war months (although we must remember that we know that the war began on 22 June 1941 of the year, and then they did not know the dates in Moscow, it could start in March, April, early June, in July, and so on) in two directions. On the one hand, they tried in every possible way not to give a reason for war - they did not harshly intersect our airspace with German airplanes, strictly followed the schedule for supplying raw materials to Germany (we must remember that we received machines, samples weapons etc.), did not make diplomatic protests about the occupation of a number of countries by the Reich, etc. This is quite often shown in the “about the war” films, in the literature.

Citizens of Russia know little about the other side of Moscow’s actions - a demonstration of power, the disinformation of the enemy. Moscow sought to disorient Berlin, to deceive him:

- From the beginning of 1941, additional 4 armies began to be transferred to the border, the Red Army called for thousands of 800 reserve servicemen. The offensive strategy of the Red Army was also mentioned in the speech of Stalin 5 in May 1941 to the graduates of military academies.

- German agents in Moscow threw false information that the main attack of the German armed forces in the USSR is expected in the north-western direction, from East Prussia, through the Baltic to Leningrad. The best forces of the Red Army are also here. And the south-western, southern direction of the USSR is the most vulnerable. Although in reality, the military leadership of the USSR believed that the Wehrmacht would deliver the main attack in the south-western direction, and there were concentrated 58 divisions. Kiev special military district was the strongest among all districts to the beginning of the war.

- Misinformation was thrown about the "opposition sentiments" in the army, about the alleged presence in the leadership of the Communist Party of a certain broad "labor opposition movement" that criticizes Stalin for his extensive cooperation with the Reich.

- 14 June 1941 of the year was released famous TASS messages about the rumors circulating around the world about the impending attack on the Soviet Union in Germany. In Moscow, these rumors were called "meaningless" and linked them with the desire of certain forces to push the USSR and Germany together. Moscow thus showed Berlin its awareness of its preparations, which should have caused a new respite in the strike or, ideally, made Hitler negotiate. But in the Reich, the “flywheel of war” had already been launched with all its might and “answered” with complete silence.

Why did the misinformation fail?

- In Berlin, they knew that the USSR only gets stronger with each passing month, and if you don’t hit this year, there will be no more chance for a “blitzkrieg”. This is the last convenient time when the Red Army has not yet completed rearmament, retraining for new equipment, the construction of defensive lines has not been completed. In 1942, this will be another Army. And the Soviet Union can be defeated only by a “blitzkrieg”, the Reich cannot win in another war.

- The leadership of the Reich, Hitler was “programmed” from the very beginning to the war with the USSR, only this way it was possible to expand the “living space” and make the main step in the construction of its “New World Order”. Hitler did not see other possibilities that cooperation with the Union would bring more benefits than war with him.

We are in Yandex Zen
Diplomats of the People's Commissariat of Defense: on the eve and during the war
About the Prague Spring 1968 of the Year
1 comment
Information
Dear reader, to leave comments on the publication, you must to register.