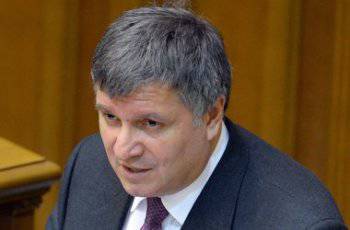 On Facebook’s Minister of Internal Affairs Arsen Avakov’s Facebook page, there was a message about the destruction of the Lugansk Guard training camp in Yasens, "Russian Spring".


Later this information was confirmed by the presidential press service.

“This morning, in the north of the Luhansk region, the center for training and training separatists was completely destroyed along with the militants who were trained to conduct sabotage operations both in the Donbass and in other regions of Ukraine,” the agency said.

However, the head of the “destroyed” camp, Aleksey Mozgovoy, denied Avakov’s next “victory”.

According to him, the air raid really took place at about 5:20 a.m. on May 27. The plane made two calls, dropping cluster bombs. The first bombs fell near the militia camp. During the second approach, the bomb hit the window armory rooms, breaking through the wall of the building and exploding beyond. Another bomb landed in the headquarters of the militias. As a result of the raid, one fighter was injured, there were no dead.

Ctrl Enter
Noticed oshЫbku Highlight text and press. Ctrl + Enter
We are
The action “Military service under the contract is your choice!” In Rostov-on-Don: future contract servicemen, exhibitions and “Russian Knights”“Russian Spring” on the festival of colors in Kiev and bloodshed in the Donbas
Military Reviewin Yandex News
Military Reviewin Google News
75 comments
Information
Dear reader, to leave comments on the publication, you must sign in.