The threat of Russia in the Baltic strategic direction 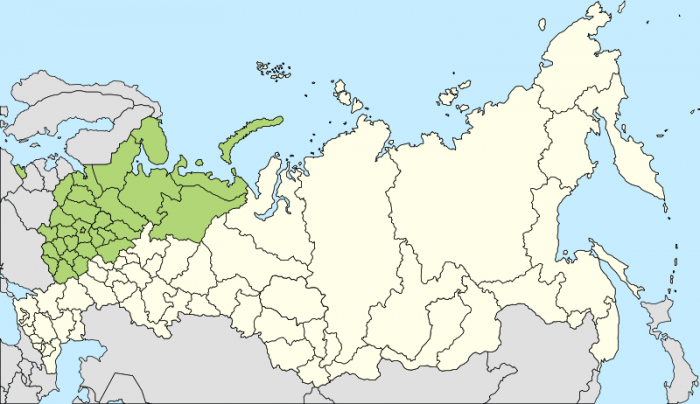 The whole world, including the citizens of Russia, see the war in Libya every day in the news programs, although the NATO countries there used relatively small strike forces - 150-200 airplanes, plus a group of naval forces, most of which are engaged in blocking and do not conduct military operations.


But few people in Russia know that on the Baltic strategic direction, NATO and allied states of the North Atlantic bloc deploy a much greater striking power, although officially NATO and the Russian Federation are not enemies and even allies, for example, cooperate in Afghanistan. In addition, these forces regularly work out mostly offensive actions, conduct exercises, preparing for a large-scale war. Although, I repeat, there is no potential adversary, with the exception of the fairly dilapidated forces of Russia, in this direction, all countries are members of NATO or the European Union, and actively cooperate with London and Washington.

Neighbors of the Russian Federation on the Baltic direction

In fact, all Russia's neighbors in this area, thank God, except for Belarus (as long as they haven’t made a “color revolution” and planted an analogue of Saakashvili-Yushchenko), they have claims against us, some countries openly express them. And it is quite clear that all of them - Poland, Estonia, Latvia, Lithuania, Finland, Sweden, Norway, can participate in the war with the Russian Federation. The elites of these countries are Russophobic, as in Poland, Latvia, Estonia, or coldly neutral. Speaking about the danger of neighborhood with the Russian Federation from these countries are heard regularly, for example, in 2007, speaking at the Center for Strategic and International Studies in Washington, the Minister of Defense of Finland Jüri Häkämijes said that the three main threats to the security of Finland are Russia, Russia and again . And his opinion in Finland is shared by many politicians and public figures. The Russian threat is regularly stated in Norway, Sweden, Estonia, Latvia, this topic has become particularly acute in connection with the August 2008 war. In addition, Estonia, Latvia, Lithuania, Norway expressed doubts as to whether the NATO bloc could protect them if anything happened. Latvia, Estonia and Finland have territorial claims to the Russian Federation (which are not clearly pronounced so far, but what is worth warming them up ?!) for a reason for war. The hysteria was raised during the joint exercises of the Russian Federation and the Republic of Belarus “West-2009”, in the mind of the inhabitant in the Baltic countries, Poland formed a full-fledged image of “threat from the East”.

Germany remains the most adequate neighbor in this area, although we have a “rich” experience of wars with it. In Berlin, they are not hysterical about the Russian threat, the Germans have almost no Russophobic sentiment, some alarmists are not noticeable.

Finland and Sweden are increasingly inclined to think about joining NATO, so Sweden, a neutral country, has become a participant in the war against Libya. Moreover, the army of Sweden is not a “reinforcement” of NATO in the form of Estonia, Latvia and Lithuania (entered NATO in 2004), it is one, though not the largest, of the most combat-ready armies of Europe, a state with powerful military-industrial complex, a leader in a number of military areas, for example, NAV.

In addition, in this direction, a “northern mini-NATO” is being formed against Russia in order to counter the interests of the Russian Federation in the Arctic region. In January, the North European Summit opened in London under the chairmanship of England, and its participants were the United Kingdom, Iceland, Denmark, Sweden, Norway, Finland, Estonia, Latvia, and Lithuania.

Only the latest military exercises

- 4-8 on April 2011 of the year in the Baltic region together with the leadership of the European command of the US armed forces and the strike force NATO (Strike Force NATO) held a command post exercise "Baltic Host - 2011". This logistics doctrine, practiced the reception and placement in the Baltic countries of many thousands of contingent of NATO troops, civilian infrastructure facilities were also involved: ports, airports, hospitals, highways, railways.

- Practically at the same time, 4-15 of April of 2011 of the year, the joint joint air force and navy of NATO Joint Warrior - 2011 on the territory of Sweden, England and the adjacent water area. Purpose: to resolve a regional conflict. And the second teaching is the NATO Viking-2011 teaching of the United Armed Forces (OVS), the goal being the use of NATO forces in a peacekeeping operation. It should be noted that a variety of military exercises of NATO forces are held in the Baltic almost every year.

Features of NATO exercises in the Baltic region

- “Defensive nature” of actions in words, but in practice - preparation of a large-scale offensive operation: air strikes at the enemy’s military-strategic targets, suppression of his air force and air defense, command and control systems; the infrastructure of the former Baltic republics of the USSR was prepared for the landing, deployment and movement of large contingents of NATO troops to the borders of the Russian Federation; the landing of large forces, including armored vehicles - an airborne operation to eliminate the remaining forces of the enemy (apparently the Baltic fleet) and preparations for the landing of the main forces. The route of movement of the main contingent of NATO forces, after the 1st stage of the operation, is obvious - Riga - Moscow and Tallinn - St. Petersburg.

- Quite often, the “legend” of the exercises is an operation against a state that owns vast natural resources in the face of problems with the delivery of resources to Western countries. Guess from three times what kind of country! Or against a state in which there are many internal problems and there are territorial claims of its neighbors - NATO, it must conduct a “peacekeeping” operation.

- Consciousness of Europeans, in principle, is already ready enough to understand the importance of combating the “threat of the East” It is enough to recall the August 2008 war of the year, there is an opinion that it was staged solely because of the need to prepare the “soil” for the subsequent aggression against the Russian Federation. An excuse can be organized, for example: Latvia will demand the return of "its" Pytalovsky district of the Pskov region or a "revolution" will occur in Moscow, and the liberal forces will be asked to enter the "limited peacekeeping contingent" in Russia to prevent the threat from the "red-brown" or "militarists".

What does the Russian Federation have in the Baltic direction

The Western Military District (created in 2010 year, USC "West") is designed to protect the western part of Russia. The headquarters is located in St. Petersburg. It includes the Moscow and Leningrad military districts, the Baltic Fleet (including the Kaliningrad special region) and the Northern Fleet. But specifically in the Baltic area, the Russian Federation has very limited forces, strongly curtailed by endless reforms and optimizations.

What can be done?

- It is clear to warn the whole world and the countries of NATO, in particular, that until the restoration of full combat effectiveness and the rearmament of our Armed Forces, we will respond to the aggression with all the available arsenal, including nuclear weapon.

- To warn the “youngonatovtsy” - Estonia, Latvia, Lithuania, Poland and so on (it is possible that Finland and Sweden will maintain their neutral status afterwards) that we will be forced to turn their territory into a radioactive desert, let the voters ask their leaders where have entered.

- Accelerate the re-equipment and modernization programs of the Baltic and Northern fleets.

- Stop all cooperation with the NATO bloc, they are preparing to fight with us, and we allowed them military transit through their territory. A single European missile defense, or Russian-American missile defense is nonsense, we will never be friends and allies, there must be one “king of the mountains” on the planet. To regard any teaching of the NATO countries and their allies at our borders as a threat, immediately demanding their termination.

- To intensify work on the creation of alternative NATO alliances.
Ctrl Enter

We are in Yandex Zen
Amphibious amphibious groups of the US Navy. A bluff or a real threat?
Teachings "Cheeky Alligator - 2012"
32 comments
Information
Dear reader, to leave comments on the publication, you must to register.