Ukraine: who is to blame and what's next? 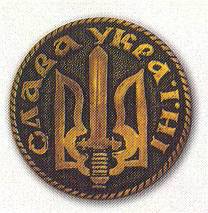 The tragedy of Ukraine cannot but cause shock and compassion. The separation of the Crimea, Donbass and Lugansk, the “anti-terrorist operation”, the excesses of the National Guard, the massive burning of Odessans are only the beginning, if only because there is essentially nothing that would radically change the tactics of the interim government until it happens.


The government relies on the West, and its advice is the same. The main task set by them has already been accomplished: Ukraine has ceased to be an ally or even a good neighbor of Russia; a substantial part of the Ukrainians blame all the problems of Russian saboteurs and Putin personally. At the same time, everyone somehow forgot that the runaway President Yanukovych was chosen twice, the second time was certainly publicly and honestly, as well as the parliament, so there was no one to blame but himself.

According to the logic of things, the next goal of the temporary workers is to hold out until the “election” to approve the “achievements” of the coup and at the same time shift the responsibility for the consequences to the new leadership. The fact that there is no one to choose does not bother anyone, and after the election the train will leave, and there will be no need to restrain and avoid the use of repression against compatriots. If it comes to that, heavy weapon Be sure to go into action (as at the end of the performance a gun is fired, hanging on the wall in the first act). So, after the elections of 25 on May, if they are realized, we should expect serious clashes in the East, and in other Russian-speaking regions - witch hunts with mass prosecutions of all disloyal.

The preview of the future has already appeared on the screens - this is an unspoken overlap of the water supply to the Crimea. It’s not easier for Ukraine from this dirty trick, you’ll never find another word, and the harvest in Crimea dies, which seriously hits the residents of Crimea, whom the interim government still officially considers Ukrainians (at least in a declarative manner).

Even now there is no talk of restoring the economy, all funds borrowed and somehow coming into the treasury go to war and social payments (again, so that the people, God forbid, do not sober up and start resenting ahead of time). Unfortunately, nationalists do not understand that a pledge of sovereignty is a strong economy and, as a result, wealth of citizens, a capable army and independent policy, and not vice versa.

Interestingly, the compromising parties, and even the accomplices of the domineering trio, sense the impending events and have already begun to grumble out loud. The Communist Party and the Party of Regions in the Rada openly spoke in favor of stopping the slaughter and accused the government of lying - they understand that those who remain in the political arena when the smoke clears will have to deal with angry people in the Southeast, a collapsed country and a leaky economy. Moreover, it will be necessary to explain to the voter why he was lied about the successes and losses of the ATO. Turchinov and Yatsenyuk associates have and use the opportunity to retreat to countries with developed democracies on the sly, and the rest what to do?

Many Ukrainians are hoping for elections as a logical continuation of Maidan, mistakenly believing that with the new, democratically elected leadership, well, with the help of the European Union and the United States, all problems will be solved by themselves, if not immediately. Unfortunately, these aspirations cannot be realized even theoretically, because Ukraine depends on Russia in the same way as Canada depends on the United States, and it is impossible to break this dependence except by economic, political, and national self-destruction.

There are several equally probable scenarios for the development of events - from the formation of the liberation army in the Donbass with the subsequent “liberation” by it of the whole, or at least most of Ukraine, to the amicable federalization of the country. Which of them will come true - time will tell. One thing is for sure - Russia will not retreat from its vital interests, therefore the continuation of a hostile course, membership in the EU and NATO and the existence of Ukraine as an independent state in its present borders are incompatible and impossible.

Russia has nothing to blame for this: in its place Ukraine, and any other state, would behave in the same way. Therefore, it is important to understand that Ukraine is now at a crossroads where patriots and nationalists diverge in different directions. Patriots think about saving the nation, nationalists think about joining the European Union at any cost, including the separation of the country and the people and a fratricidal civil war.

It is disturbing that the majority of the population in the central and western regions not only do not understand this, but do not even think about it. In their minds, the European Union is “the beautiful far,” which suddenly became closer. In fact, the EU is like a horizon line or low stars in the night sky: you don’t have to get too much and not even because we, Ukrainians, the poor, or because of Russian intrigues. Let's look at ourselves from the outside and recognize that the rulers are a reflection of the state of society, so the corruption of Yanukovych is a reflection of the corruption of the whole country. Do you think EU membership will fix this? Did membership in the Communist Party during the USSR make a worthy person out of a scoundrel?

However, who is pleased to admit their shortcomings? It is much easier to blame others for all the troubles, be it Yanukovych, Putin, or anyone else. The patriot in the present situation must first of all think about saving the lives of Ukrainians, about preventing a split in the country, about national accord and reconciliation, regardless of foreign policy.

Unfortunately, the majority of nationalists or compromisers turned out to be. When did such a shift occur in the minds of educated, conscious, and, in general, not hungry people?

I admit, at first I sinned on Yushchenko, but then I realized that he only vocalized and brought to the surface what they had brewed before him and that they were implanting the philistine into the subconsciousness since Ukraine had declared independence.

In the distant 91, in the wake of the collapse of the USSR, Ukraine needed its own national identity. The nationalist party “Ruh” (“Movement”), which was then very popular, had a ready-made solution - the Petliura trident and the yellow-blue flag (who also used all kinds of Bandera during and after World War II).

It would seem that nothing terrible, a beautiful flag, symbolizes the blue sky above the yellow wheat fields. But this was the first impetus for the subconscious - if this is our flag, then both Petliura and Bandera are ours, and those against whom they fought are enemies. At that time, everyone in Ukraine knew the origin of these symbols. Even in the textbook of Ukrainian literature there was a poem by Vladimir Sosyura (classic), which began with the lines:
“Biy Ogrimiv, yellow-blue banner zatrіpotіli stations znov ...” (“The battle died down, the yellow-blue banners fluttered at the station again ...”) The poem about the execution of prisoners by the Petliurists, according to personal impressions when being a Red Army man, the crew of 9 ").

Then the nationalist greeting-response - “Glory to Ukraine!” Came back into use. Glory to the heroes! ”, That is, glory to us, the elect and the heroes. It sounded exotic and even piquant, albeit pompous. If there is a reason, let others praise, anyone can do it. In contrast, in the Red, Soviet, and then in the Russian Army, fighters, according to the charter, answered "I serve": the working people, the Soviet Union, the Fatherland, finally. Catch the difference? By definition, service to the motherland is above glory and titles - this is true patriotism! Most of the adult men in Ukraine before the age of 91 served in the Soviet Army - what, they forgot so quickly? No, just nationalism is poison, gas without color and odor. Recall that fascism is National Socialism, that is, socialism, built and bringing benefits to one, the highest nation or race at the expense of others. The USSR opposed fascism with "international socialism", in which enemies were determined not by genetics or citizenship, but by a thirst for profit at the expense of others (therefore, German fascism was, by definition, an enemy of the USSR). Now Ukraine is introducing a modified concept - "national capitalism", which is different from its historical predecessors of the capitalist system with a similar exaltation of the nation. So there’s nothing to be offended by the Russian press, which calls the new government fascists, for nothing.

As we once turned a blind eye to an odious trident and a flag, now we turn a blind eye to the facts (the majority of the population of Crimea, Donetsk and Lugansk, the recognition of the fact that it was not Berkut who shot the celestial hundred and its colleagues, that the DPR militia fought steadfastly and defeat after defeat to the national guards, who are much to fight only with unarmed, etc.).

Now is the last opportunity to open your eyes and start asking uncomfortable questions. It can not be missed!