Maidan hostage by the Georgian militants 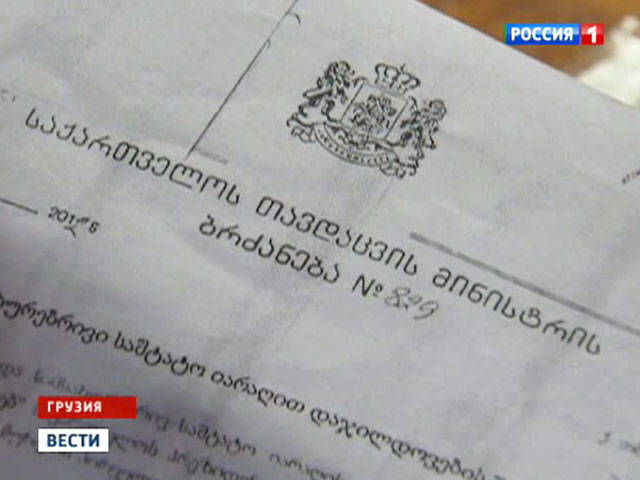 The shooting at the Kiev Maidan 22 February could make the Georgian snipers. Their operation on Institutskaya Street is one of many similar in Ukraine. Such a statement was made by Tristan Tsitelashvili, the former commander of the Guard of the President of Georgia. The base where Saakashvili’s combat units are trained is located in 20 kilometers near Tbilisi. It employs experienced professionals with a strong American accent. Tristan, the former battalion commander of the Avaz battalion, says that these people are now concentrated in Kiev and have come to the aid of the “Right Sector” in its actions against the population. Tsitelashvili conducted his investigation, collecting evidence against the former Georgian president. For this, the commander served the 4 prison of the year.

Order No. 829 2006 of the year, signed by Saakashvili, lists the names of the 50 fighters to form a new special forces unit. In addition, there are listed species weapons: sniper rifles, Parabellum, Glock. It was from this squad that four militants were selected who shot civilians on the Maidan, Tristan said. The former commander accuses Saakashvili and Givi Targamadze of the tragedy that occurred in the Odessa House of Trade Unions. People were showered with a solution called the Molotov cocktail, which killed several dozen people, and those who could be saved were finished off later. And all these actions, tougher than even terrorist ones, could have been planned at headquarters under the leadership of the ex-president of Georgia. The former head of the State Chancellery, Pert Mamradze, also told a lot of shocking truth. He recalls the first blitzkrieg coordinated by a boss in Ukraine.

The operation was absolutely disastrous. The scandal occurred because of the "zonder" and special forces sent to help Tymoshenko during the Kiev election campaign 2010 year. The number of militants exceeded two thousand people. After exposing the blatant act, the groups were deported back to Georgia. Preparation of the new operation took four years. At the headquarters of the United National Movement Party, created by Saakashvili, the campaign tactics and strategy were formed. During this time, the former first person of the state hid out of the country and engaged in strengthening ties in the State Department, as well as receiving detailed instructions. The fact that the former Georgian president was a protege of the United States, who worked on behalf of their foreign policy structures, and served their interests, says Kakha Kukava, head of the Free Georgia Party.

And now in Kiev, the interaction with the friendly "Right Sector" is coordinated by the former second Georgian speaker Georgy Baramidze with the notorious Givi Targamadze, an activist of color revolutions. The money that Saakashvili’s party pulled out of the country and appropriated to itself is here called a financial thieves obshchak. The former battalion commander clarifies that the stolen budget money in the amount of billions of dollars lies in banks in the Seychelles. Tsitelashvili says that the capital of Georgia is well aware of the fact that the former president receives instructions to work by any means against those who disagree with the actions of his overseas owners. People know where Mikhail Saakashvili ran and why.
Ctrl Enter
Noticed oshЫbku Highlight text and press. Ctrl + Enter
We are
Georgian general claims: Maidan snipers are the people of SaakashviliAggressive peacekeeping Saakashvili
Military Reviewin Yandex News
Military Reviewin Google News
20 comments
Information
Dear reader, to leave comments on the publication, you must sign in.