Answers of the Permanent Representative of Russia to NATO A.Grushko to the questions of the Russian media 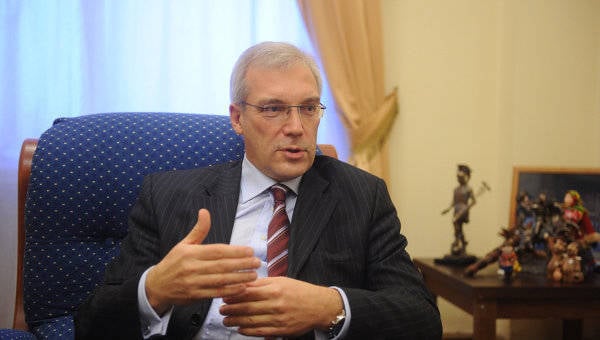 Question: How do you assess the campaign launched in NATO to declare Russia an “adversary” and the results of A. Fogh Rasmussen’s visit to Poland and Estonia?

Answer: On these days, NATO representatives said a lot of words about the importance of the Alliance “awakening from hibernation”, and, judging by the energy that is embedded in the rhetoric about the emergence of a new threat in Europe, NATO is trying to use the crisis in Ukraine to the maximum. its relevance in the current security environment. The purpose of this artificially injected rhetoric is to “reanimate” the bloc, to achieve an increase in allocations for military needs. And for this you need an opponent.

We see that the argumentation base is being built up, designed to prove that Russia has some expansionist aspirations, new and new threats are being invented. So, one of the military leaders of NATO formulated a universal explanation for any protest demonstrations - you should see the hand of Moscow for everything.

At the same time, the contribution of our country to eliminating the legacy of the Cold War and ending the arms race is being hushed up. By and large, Europe should thank Russia for spending only 1-2% of its GDP on defense. Now, in the wake of this campaign, taxpayers will knock out additional funds for defense.

The Alliance denies that the crisis in Ukraine is of an internal nature, and, despite all the tragic facts, continues to talk about some kind of “intervention in the east of Ukraine.” I hope that now, in thousands of queues at polling stations in Donetsk and Lugansk, NATO finally saw civil society, not the mythical “agent provocateurs”.

If the alliance is really interested in de-escalation, as its representatives say, then it can also contribute by calling on the Kiev regime to immediately stop the punitive operation, to return troops to the barracks, to stop providing it with any kind of support.
Question: How do you assess the measures that the alliance is said to take to ensure the protection of collective defense? Do they pose a threat to Russia's security?

Answer: It is surprising that NATO believes that only an alliance can ensure the security of its members. Although it is obvious to everyone that security depends not on NATO, but on normal relations with its neighbors, the development of cooperation and interaction, and many other non-military factors.

I recall that Art. V (collective defense), to which representatives of the alliance appeal, was activated only once after the events of 11 in September of 2001. As for the “heightened vigilance” measures that NATO is taking in Eastern Europe to demonstrate its determination to protect allies, from the point of view of strengthening security, they are absolutely counterproductive, because they only increase tensions and weaken predictability. But some countries, apparently, want to be in the role of "front-line states", which need to be understood from whom and from what to protect. They will not become safer from this status, but risks for their own safety from the appearance of new facilities on their territory can be added.

Question: What can be the consequences of the failure of NATO to partner with Russia?

Answer: If we recall that the NATO-Russia 1997 Founding Act begins with the words that we are no longer adversaries, it is obvious that there are those at NATO who are preparing the ground for rejecting this document. And in addition to the principles of cooperation, schemes and areas of interaction, it contains important obligations to show restraint in the military sphere. So, NATO pledged not to stir the nuclear weapon on the territory of new members, not to create infrastructure for this, and also not to deploy additional essential combat forces on a permanent basis. These commitments constitute one of the important elements of the current military security system in Europe. Now it seems that they want to get rid of these commitments in order to move the military potential to the Baltic States, Poland, Romania, to deploy brigades of US forces there. If this happens, we will take all the necessary measures to reliably ensure our defenses. In military affairs, as is well known, it is not intentions that are changeable, but potentials that are mainly taken into account.

Nevertheless, I would like to hope that the point of view in Brussels will prevail in favor of supporting political work in the framework of the relevant formats, primarily the OSCE, in favor of the implementation of the Geneva Statement of 17 of April of this year, and this requires “quiet diplomacy” and refusal from militant rhetoric.
Ctrl Enter
Noticed oshЫbku Highlight text and press. Ctrl + Enter
We are
VPK LLC: production of military products. The answersMilitary reform as an integral part of the security concept of the Russian Federation: Systematic dynamic assessment
Military Reviewin Yandex News
Military Reviewin Google News
42 comments
Information
Dear reader, to leave comments on the publication, you must sign in.