What is the US government looking for in Ukraine? 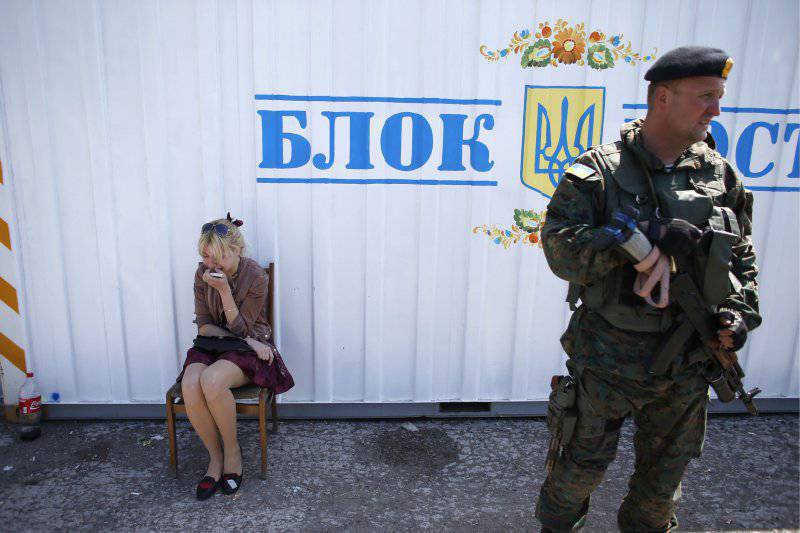 During the past week, troops in a number of cities in eastern Ukraine opened fire on their own citizens. Apparently, the result of this violence was the death of dozens of people. Despite the fact that the United States, as a rule, condemns the use of force by the governments of countries against their own people (especially when it comes to unarmed protesters), this time the administration of the American president places the blame on the victims of violence, writes antiwar.com.

So, on May 9 in Ukraine killed at least 30 unarmed demonstrators, and the State Department said: "we condemn the outbreak of violence provoked by pro-Russian separatists."

Why do residents of eastern Ukraine protest? But because they do not believe the government, which came to power in February as a result of the uprising supported by the United States: people do not believe in the legitimacy of this government. They do not recognize the authority of an unselected "president" and "prime minister."

The US calls these events a project organized by Russia to destabilize the situation, but is it difficult to realize that the people of Ukraine can simply be angry about the participation of the US and the EU in the process of changing the ruling regime in their country? Are we here in Washington willingly accepted by anyone an unelected government, enthroned with the support of the Chinese or Iranians?

At the beginning of this year, the US State Department provided tremendous support by participating in a project to overthrow the Ukrainian government. The United States at that time warned the Ukrainian government that it should not take any action against those who took to the streets, even if they provoke violence and seize state buildings.

But as soon as these former protesters came to power, the United States demonstrated a completely different approach to protest actions. Today, they wholeheartedly support the bloody suppression of resistance by activists in the east. Last week, the State Department said: “We continue to call for groups that endanger public order, who have taken weapon and exciting state institutions in violation of the laws of Ukraine, towards disarmament and freeing the captured buildings. " Do the State Department believe that the rest of the world does not see this hypocrisy?

Residents of eastern Ukraine have always been closer to Russia than to the US or the EU. In reality, this part of Ukraine was part of Russia. After the February change of the ruling regime, officials in the east of the country announced their intention to hold a referendum on independence from the American-backed Kiev government.
The United States demanded that President Putin stop the east of Ukraine and prevent a referendum. By the way, last week the Russian president did just that: he said that now there should be no referendum. Eastern Ukrainians ignored his words and said that in any case they would hold a plebiscite. So what about the statements of the United States that Russia controls the opposition in Ukraine?

And despite the fact that the President of the Russian Federation fulfilled the requirements of the United States and asked Eastern Ukrainians to postpone the referendum, the State Department said that the United States intends to impose additional sanctions against Russia in the event that a referendum takes place! Does this make any sense?

And the real question that needs attention is the following: for what reasons does the US government interfere in the affairs of Ukraine? We are ruined. We can not even afford to restore order in our own economy. However, we want to rule Ukraine. Does the personality of the one whom Ukrainians choose to represent their interests plays for us at least some role? Is it really so important for our national security to take the risk of unleashing a nuclear war with Russia over the Ukrainian referendum? What prevents us from regional autonomy and weakened central government? Is it not in this format that the United States originally thought?

Does the presumption of the administration of the United States, the notion that Americans should rule the world, really bring us to the brink of another war in Europe? Let's hope that they will give up such a dangerous game and come to their senses. I will say one thing - let's not allow any wars for Ukraine!

Ctrl Enter
Noticed oshЫbku Highlight text and press. Ctrl + Enter
We are
Situational analysis of the death of the MH17 flight (Malaysian Boeing 777), made on the basis of engineering analysis from 15.08.2014Syria: Americans scare themselves, and Asma Asad buys chairs
Military Reviewin Yandex News
Military Reviewin Google News
55 comments
Information
Dear reader, to leave comments on the publication, you must sign in.