"Air Force can afford." How is Tejas meant to save India from Rafale?

April 29 2014
23
Developed mainly in India, the Tejas light fighter is not of the same class as the French Rafale, but is far superior to the MiG-21, which it was designed to replace.


The defense minister absolutely justifiably refused to sign a contract with the French Dassault Aviation for the supply of 126 fighter jets to Rafale with a total value of 20 billion dollars, as long as the cost of the life cycle is still under discussion. This amount for 30-50 operating years, as a rule, exceeds the original purchase price at least 3 times. As Delhi prepares to adopt a new government, it is highly appropriate to consider an alternative to such an overly expensive acquisition.

The geopolitical situation dictates to the Indian Air Force the need to be prepared for confrontations of various levels simultaneously on two fronts. Such conditions require a mixed fleet of expensive top-level fighters, such as the Su-30 (or the upcoming promising fifth-generation fighters) and a large number of less expensive tactical aircraft aviation. The latter can easily participate in conflicts of low intensity, where it would be risky to use the most valuable units, like Sukhoi aircraft.

The rapid decommissioning of hundreds of MiG-21, MiG-23 and MiG-27, which for decades constituted the backbone of the tactical aviation of the Indian Air Force, left only 6 squadrons of the upgraded MiG-21 and 4 squadrons of attack aircraft of the MiG-27. This means that the fleet of the Indian Air Force is currently much smaller than the alleged 39 and a half squadrons, and is probably not able to give a full-fledged rebuff even to one enemy.

In 2001, the Air Force’s plans to fill the shortage with the additional purchase of Mirage 2000 fighters crashed on the hard forehead of officials from the Ministry of Defense, which insisted on Mirage's participation in the tender. Delays in the procurement process lasted until such time as Mirage did not cease to produce, and international pressure inclined the Indians to buy a heavier and more expensive fighter instead of tactical ones that the Air Force had originally planned to buy.

By July, 2007 was finally a request for proposal. It was supposed to buy 126 medium multipurpose fighters with the possibility of additional purchase of 63. According to the latest information, today the cost of the Rafale 126 fighters exceeded the 10,25 billion dollars, largely due to the fact that around 126 positions of the “additional equipment” were not initially included in the price French offer. In addition to doubling the value in dollars, the depreciation of the rupee against the dollar during the negotiations (from less than 20 rupees to a dollar to more than 50) led to the fact that the Indians would have to pay about three times more than planned. Moreover, a quarter of the amount was to be paid as a prepayment.

An interesting detail is the 5 of the French fighters who participated in the MMRCA Indian tender at the same time participated in another similar tender - in Brazil. Brazilian Air Force chief Unity Saito (Juniti Saito) recently announced a decision to purchase Swedish Gripen NG, taken as a result of an exhaustive evaluation of bids, during which they verified the performance characteristics, cost, and degree of technology transfer. The Brazilian Air Force calculated that the Gripen flight hour would cost 4000 dollars against approximately 14 000 dollars per flight hour of the heavier Rafale. SAAB representatives reported that their proposal would cost the Brazilians 4,5 billion dollars for fighters plus 1,5 billion dollars for more than 30 years of operation against 8,2 billion and 4 billion dollars, respectively, for Rafale.

The declared cost of one Rafale fighter is higher than the cost of a single-engine Gripen at 82%. However, according to the calculations of the Brazilians themselves, the two Rafale engines, together with more expensive maintenance, will cost 250% more than the cost of keeping the Gripen.

This cost of Rafale is closely related to the calculated by the Committee on Defense and Security at the French Senate, which in 2011 estimated the Rafale procurement program at 43,56 billion euros for 286 fighters. 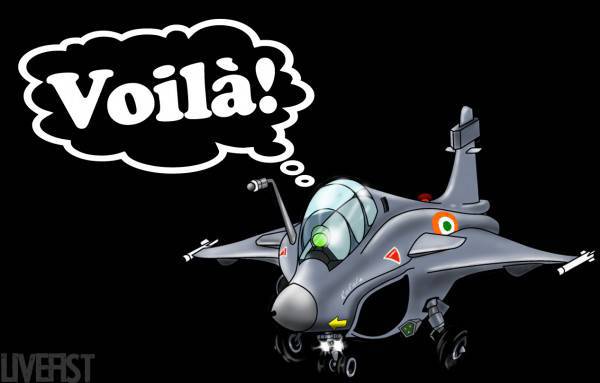 Developed mainly in India, the Tejas light fighter is not of the same class as the French Rafale, but is significantly superior to the MiG-21, which it was designed to replace. Modern radar and guidance systems, the data from which are displayed on the helmet pilot target designation system, provide excellent opportunities for detecting targets and maintaining rocket fire on them. Advanced missiles for hitting targets out of sight and melee missiles along with high-precision guided munitions make it a more dangerous enemy than the more powerful MiG-23 and MiG-27. Even if the price of one Tejas at the time of its receipt of the final admission to the flight grows to 30 million dollars, Tejas 126 fighters will still cost less than 4 billion dollars, which is one fifth of the cost of the same number of Rafale fighters.

The cost of operation is likely to be comparable to an economical Gripen. In many ways, because Tejas is small, lightweight, and it contains a slightly modified version of the efficient and extremely reliable GE-F404 engine, which stands on those versions of the Gripen that are in operation today.

While an accurate comparison of Brazilian and “leaked” data on Indian Rafale is not correct, mainly due to the difference in the number of units and payment terms, the small difference in the cost of each aircraft suggests that widely publicized expectations of Indians are likely prove real. Indian air forces can buy Tejas 200 fighter jets instead of 126 Rafale, and still save 14 billion dollars, which is quite comparable with the entire Indian army's procurement budget for 2013-2014. every year, even if the Tejas 170 fighter jets, instead of 200 Rafale will fly 126 hours a month each. 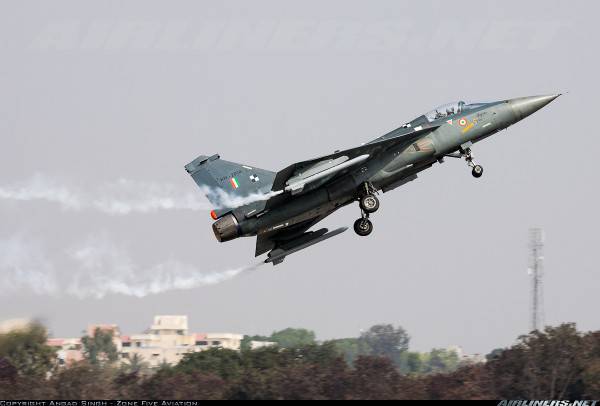 Undoubtedly, Indian developers have embarked on an ambitious project to develop a technically advanced aircraft without a realistic assessment of the necessary resources in the face of the often skeptical Air Force and not always fully involved in the processes of Hindustan Aeronautics Limited (HAL). Then they tarnished their reputation by issuing absolutely unrealistic deadlines for the project. Fortunately, Tejas has recently made good progress because today's head of HAL, Dr. RK Tyagi, seems to be giving his support to the little fighter.

It would be immensely foolish to smash teams that are actively working to further develop a world-class composite airframe and flight control system for Tejas, while operational readiness is nearing completion, and the possibility of reworking the aircraft to better meet the requirements of the Air Force is at a critical stage.

Some observers do not seem to know that Rafale was exploited since 2001, almost 15 years after it first took to the air. This is a gap that will be only slightly less than the same for Tejas, if the latter receives the status of final readiness for use at the end of the current year. The air force was much more demanding on Tejas than on the MMRCA tender participants and on the hot, high-altitude runway of Leh airport (Leh) and during the summer dust storms in Jaisalmer. Also, representatives of the Ministry seem to have forgotten that the Mirage 2000 fighters were armed with only one gun for three years after their commissioning. Which, by the way, turned out to be for the most part ineffective when conducting risky exercises “Operation Brass Tacks” in 1986-87.

Summing up, it should be noted that the continuation of the MMRCA program in its current form will strangle India for more than a dozen years. Affordable aviation is effective aviation. And, accordingly, vice versa.