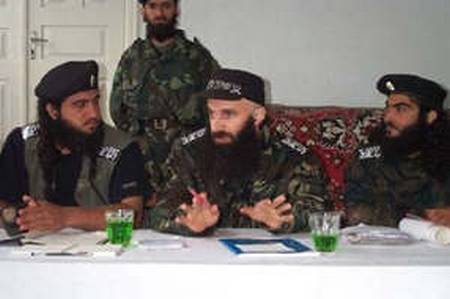 Destroyed by American special forces terrorist number one in the world - Osama bin Laden - at one time paid close attention to the North Caucasus. In addition to ordinary militants with Arab passports, there were five major representatives of Al-Qaida close to Bin Laden in Russia. All of them for a long time fruitfully "worked" in the territory of our Caucasian republics: they distributed funds sent from abroad, prepared for this money terrorist acts and recruited new mercenaries. At the moment, all five representatives of al-Qaeda have been eliminated and, in fact, along with them, the cell of this terrorist organization in the Russian North Caucasus has also been eliminated.

The top five included Khattab and Abu Khavs from Jordan, Abu al-Walid and Abu Kuteib, subjects of Saudi Arabia, and Abu Dzeit, a Kuwaiti citizen. All of them were trained in al Qaeda camps in Pakistan at the beginning of the 90's, where they met Bin Laden. With the start of the first Chechen war, Khattab, Abu Khavs and Abu al-Walid were sent by the leadership of al-Qaida to the territory of Chechnya. At about the same time, Abu Kuteib and Abu Dzeit took part in the Bosnian conflict, and after its completion they also arrived in the Chechen Republic.

Khattab managed to quickly converge with the main leaders of the local militants, and it was he who became the main man of al Qaeda in the North Caucasus. Abu Dzeit and Abu al-Walid became his closest assistants, and Abu Kuteib was the representative of al-Qaeda in Ingushetia. 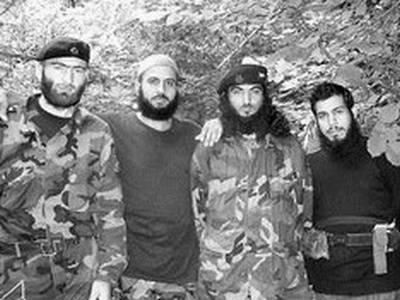 The person most close to Bin Laden - Abu Khavs - became one of the ideologists of the construction of the largest militant camp in Chechnya, the Islamic Center Caucasus, and was the organizer of the largest terrorist attacks in central Russia, including the bombings of houses in Moscow and Volgodonsk. Further, Abu Khavs was quite legally located in the Pankisi Gorge of Georgia and was responsible for the distribution of money and weaponssent by al-qaeda. Under his leadership, a mosque for Wahhabis and a hospital for militants wounded in Chechnya were built in the Georgian village of Zuniban. During the absence of Abu Haws, the Islamic Center of the Caucasus headed Abu Dzeit and he was the organizer of the terrorist attacks in Samara, Voronezh and Moscow region.

During these years, Abu Kuteib lived in the Ingush town of Malgobek, from where he supervised all actions with the help of a powerful radio transmitter with militants located both in Chechnya and in the neighboring republics. Prominent leaders of bandit undergrounds, such as Khattab, Basayev, Abu al-Walid and Abu Havs, have repeatedly visited the “guests” of Kuteib. According to a number of media reports, they came to Kuteib accompanied by high-ranking officials of the republic’s Ministry of Internal Affairs, which, however, is not surprising, since at that time Ruslan Aushev was at the head of Ingushetia, whom he was repeatedly accused of having links with militants.

The first of these five, sent by Bin Laden to the territory of Russia, the special services managed to eliminate Khattab in 2002 year. FSB officers managed to recruit one of the couriers who delivered particularly important correspondence personally to Khattab. One of these messages was placed in a special poison and sealed. The special operation was more than successful - the letter was given to Khattab, who, after reading the message, released the courier, and a day later he died from poisoning. 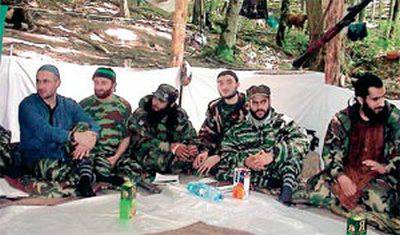 After the death of Khattab, the leader of the al-Qaida cell in the North Caucasus was Abu al-Walid, but he did not hold out on this post for long. In April 2004, a large militant camp was discovered in Nozhay-Yurt district of Chechnya. Special Forces officers using flamethrowers and grenade launchers delivered a massive blow to the positions of the militants, but as a result of the response fire they were nevertheless forced to retreat. However, an air strike was struck against the militants that went deep into the forest, and among the dead were special forces, the corpse of Abu al-Walid was found.

Now the main face of al-Qaida in the region has officially become Abu Haws - who had previously preferred to stay apart and practically did not take part in hostilities. However, he still distributed all funds sent from abroad, and in particular financed the attack on Ingushetia in June 2004 and the seizure of the school in Beslan.

A few days after the militants attacked Ingushetia, their home in Malgobek was liquidated along with five ordinary militants and Abu Kuteib. On the offer to surrender, they all responded with a fierce fire, and after several hours of battle, Kuteib blew up the shahid belt. Abu Dzeit became the head of the Ingush al-Qaida cell, but he held out on his post for less than a year.

In February 2005, the FSB officers discovered a house in the Ingush village of Kantyshevo, where Dzeit was hiding with his personal guard. After the security was eliminated, Dzeit managed to hide in the basement of his house, but the special forces managed to smash the floor with sledgehammers and throw several grenades into the room. Abu Dzeit was destroyed.

The only living of the five sent by Bin Laden back to the North Caucasus in the 90s was the most cautious of them - Abu Havs. However, in the 2006 year, he suffered the same fate. The law enforcement officers managed to block the house in Khasavyurt in Dagestan, in which Khavs was located with his entourage, where they were liquidated. In fact, the murder of Abu Khaws put an end to the al-Qaida cell in the Russian North Caucasus. Financial revenues from outside almost completely ceased, and all the remaining Arab mercenaries in the region either left Russia or entered the militant groups.
Ctrl Enter
Noticed oshЫbku Highlight text and press. Ctrl + Enter
Military Reviewin Yandex News
Military Reviewin Yandex Zen
4 comments
Ad