The situation is heating up: the shelling of Artyomovsk began 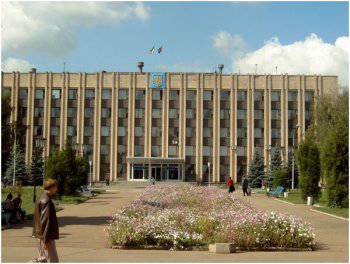 Representatives of the self-defense forces of Donbass said that the city of Artyomovsk in the Donetsk region was fired upon by unknown persons, reports INTERFAX.RU.


“Now, according to Artyomovsk, not everything is calm, they are shooting at it. There is no information about the victims and the victims yet, ”a self-defense staff spokesman said in a telephone conversation. It is worth noting that so far this information has not received confirmation from official sources.

However, the press service of the Ministry of Defense of Ukraine published a message stating that servicemen of the Ukrainian armed forces managed to repel the attack of armed persons who attacked weapons warehouses in Artyomovsk on Thursday night.

“On the night of April 24, near 100 unknown, they carried out an armed attack on a military unit in the city of Artemovsk, Donetsk region. The attackers fired from automatic weapons, grenade launchers and actively used hand-held fragmentation grenades, ”reads the message on the ministry’s website.

It is noted that at the moment military facilities are controlled by the Armed Forces of Ukraine.

Dmitry Tymchuk, head of the Center for Military-Political Studies, coordinator of the Information Resistance group, also reported on the attack on arms depots.

Meanwhile, in Lugansk, by order of the Minister of Internal Affairs of Ukraine Arsen Avakov, the forces of the National Guard of the Lugansk Regiment took under the protection of the Lugansk branch of the Concern of radio broadcasting, radio communications and television, located in the city center.

Also, "Russian Spring" reports that checkpoints of the national guard are being set around Donetsk. Also there arrive units from other regions of the country.

Ctrl Enter
Noticed oshЫbku Highlight text and press. Ctrl + Enter
We are
The action “Military service under the contract is your choice!” In Rostov-on-Don: future contract servicemen, exhibitions and “Russian Knights”Tank base in Artyomovsk
Military Reviewin Yandex News
Military Reviewin Google News
67 comments
Information
Dear reader, to leave comments on the publication, you must sign in.