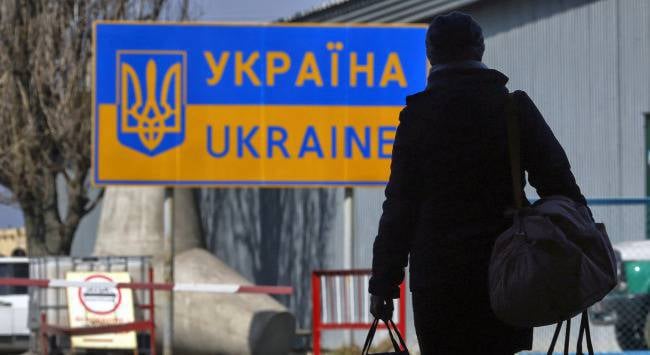 Two months of talking in all media only about the situation in Ukraine. A bunch of comments, the meaning of which is the same. Kiev junta illegitimate, and. about. one and all only do that harm the Southeast. And the Southeast, in turn, constantly struggles to change the status of the regions.

Ukrainian media are generally reports from the fronts. Around saboteurs, Russian soldiers with the separatists. And all this at intervals in 20-25 minutes fertilizes children's tears. The children then ask Putin not to kill them, then they ask to return the Crimea, because they want to go to the sea, then they sing about happiness and greatness of Ukraine in general.

In short, the feeling is that life has stopped. And all news also. Only the next arrests, and the corpses of the defenders of the roadblocks somehow refresh the gray.

Why did I write all this? It’s simply that it’s time to admit that Ukraine has already disappeared. There is no such state. There is a territory drawn on a political map. There are cities on this territory, there are peoples, even some kind of infrastructure ... But countries are not. Those who call themselves Ukrainians have achieved their goal. Only not his own, but someone else's, but, most importantly, they achieved it.

I already wrote that the events in Ukraine are not so much political as social. Well, there was no such people. And he was not born in the modern world. There were completely different groups of people, peoples, if you will, united into a single country. And now these people are aware of who they are and what they want to be ...

And what does the government supposedly do? Nothing ... It not only does nothing, it cannot do anything. Clean up with maydaunami? Well, do not make me laugh. How can these same maydauny in offices to disperse maydaunov on the street? How can they even sit in their offices without the help of people with bats and masks? Who will listen to nonsense, if there is no threat to health and even life?

Anti-terrorist operation? Again clowning ... Who is involved in it? Defense Ministry soldiers? Security forces? And where are they? The Internet gives the Ukrainian lost tank, which is driven around the field "Niva" by local residents, the BMD of reconnaissance paratroopers who gather dust near the local administration building in Kramatorsk, then the police, who knit ribbons on shoulder straps ... So who is involved in the ATO? "Right sector"?

Gangsters can act only as gangsters. And this is no longer an operation, these are vile nightly attacks on defenseless. They may intimidate someone with murder. But more often they just get angry ... And they get angry very much. And they understand it. That is why they do not climb especially into a fight. Such people usually value their skin very highly.

And what about the Southeast? Captured the building, created some kind of gathering, so what? And nothing. We are preparing a referendum. It is not legal, it is not recognized, but we will still spend it ... And this is where the question arises: what? Federation? And who recognizes the right to federation? Kiev? Doubtful something. Joining Russia, how did the Crimea? Will Russia agree? Not because these regions are not interesting to us, but because we can simply not economically draw such devastation. Our expenses have increased dramatically. And also thanks to Ukraine. The army must be re-armed, put NATO in place.

But back to the Southeast. Specifically for the current situation. Beautifully placed posts on the roads and other places - what's this? Real defense against armored vehicles or regular units? No, these are people set up by a human shield. Death planners, kamikaze, if you want. Any gang with weapons swoop sure to kill one or two. Then, of course, the fighters will come, shoot, maybe, of course, some of the attackers will be hooked. So what? Nothing again ...

What does the captured armored vehicles do, except, of course, posing in the square? What do the soldiers and officers who have gone over to the side of the people? Part of it poses, and part of it changes into civilian clothes and goes home.

It's time to admit that in Ukraine now the situation is such that nobody knows what to do. There is a simple destruction of people. And the one and the other. And probably enough already to hope for some supernatural forces. There is no such country de facto. And never will be. Western Ukrainians will never agree to live as the Eastern people want. And vice versa. They will never think the same, feel the same. Ukrainian truth will never be born ... the truth of the West and the East will always be.

So, there should be someone strong and domineering, who would say: stop fooling people. We are different and will never be the same. So, we disagree. Without elections, referendums, civil war. We just start living the way most people in the region want. Yes it is illegal. It contradicts something there. But this is what the people want. So, it will be so.

While there is no such leader, blood will not stop flowing. Having received the drive, the Ukrainians lost the country ... Or maybe they found it?