Snake is an island of stumbling


The latest events in Ukraine have riveted all the attention of both the international and the Ukrainian public itself, and, as it may seem from the public speeches of the country's leadership, to the conditional "threat from the east." At the same time, events in the southwestern Ukrainian border, where there is a high potential for increasing tensions, remain in the informational shadow. It is primarily about the Romanian-Ukrainian border.

At the beginning of 2014, Ukrainian experts did not rule out the possibility of claims of territorial concessions by the European Union as a condition for further integration contacts. And even the precedent was recalled when the EU took an active part in resolving the territorial dispute between Croatia and Slovenia regarding the Gulf of Piran. But if in this case it was actually a delimitation of borders, then in the situation with Romania the essence of the problem concerns part of Ukraine under historical called Northern Bukovina, which is currently part of the Chernivtsi region of Ukraine. The number of ethnic Romanians in Ukraine reaches 150 thousand. After the events in Kiev in December 2013 - February 2014 in Romania, as yet unofficially, calls began to be heard to protect the Romanians living in Northern Bukovina and Southern Bessarabia (the territory between the Ukrainian cities of Bolgrad and Izmail, as well as part of Moldova). This could be ignored if the tension in Ukrainian-Romanian relations did not have a long history and the precedents for resolving disputes are not in favor of the Ukrainian side. 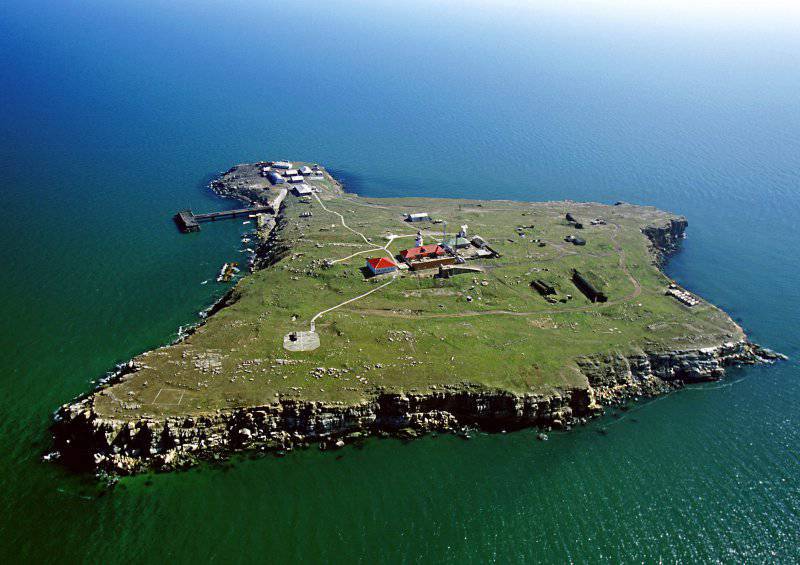 In the post-Soviet period, the “Romanian question” was highly relevant for the Ukrainian political leadership. If you follow the chronology of events, you can come to disappointing conclusions regarding the gradual surrender of the Ukrainian positions in this problem. Thus, there was a relatively innocent distribution of Romanian passports to Ukrainian citizens (the range of estimates ranges from three to 30 thousands of issued documents), which, despite the formal prohibition of dual citizenship, the Ukrainian authorities could not stop. The apotheosis was the division between the countries of the continental shelf and the determination of the status of Snake Island.

The island before 1948 belonged to Romania, and then went to the Soviet Union. Ukraine considered Snake Island with the right to its own territorial waters, and Romania, in turn, called it a rock without water and plant resources. Ultimately, this affected the process of delimitation of borders between the two countries and the division of the continental shelf.

Unable to agree on their own, the parties referred the case to the International Court of Justice, which recognized Snake Island, but indicated that it should not be taken into account in Ukraine’s favor when determining its exclusive economic zone and division of the continental shelf. Thus, Romania received about 80 percent of its original claims. Regarding Snake itself, it was recognized that this is an island that meets the criteria of the UN Convention on the Law of the Sea (UNCLOS) 1982 of the year, but Ukraine’s rights to draw the border of the economic zone with Snake as part of the coastline of its sovereign territory are not recognized. Politically and publicly, this may well be interpreted as recognition of Kiev’s sovereignty over Snake Island as incomplete or incomplete and, in fact, as the transfer of part of its territory to Romania.

Although formally the island remained with Ukraine, it is believed that the final result soon brought victory to the Romanian side. And finding a compromise did not reduce the tension in relations between the two countries. Along with the above-mentioned policy of issuing Romanian citizenship to Ukrainian residents in 2012, the Romanian authorities expressed dissatisfaction with the growth of activity of the Ukrainian armed forces, primarily aviation, in the Danube region. As you know, it was in 2012 under the Minister of Defense Dmitry Salamatin that there was a sharp increase in the intensity of combat training of the Ukrainian army, which might not have been expected in Bucharest.

It should be noted that as of today, all attempts by Ukraine, regardless of the current government, to strengthen their military grouping in this direction have ended in failure. The deployment of the Ukrainian armed forces, which are practically evenly spread over the entire territory of the country with maximum concentration in the central and western regions (as well as 2014 in Crimea before March), did not in fact imply the presence of large units and divisions in the areas bordering on Romania except for insignificant naval forces in the form of a river battalion in Odessa. Characteristic are the plans of the Ministry of Defense of Ukraine of the second half of 2000 for redeployment of the 25th parachute brigade from Dnepropetrovsk to the region of Bolgrad on the border with Romania, which, in turn, was the "heiress" of the Soviet 98th parachute division to bred there from ... Bolgrad. They, however, did not come out on a practical plane.

Unable to increase the number and quality of ships on the Danube, although attempts have been made. In October, 2012-th for the replenishment of the river division were laid two small armored artillery boats project 58155 ("Gyurza-M"). In total, the plans of the State Armaments Program for the period up to 2017 of the year implied the construction of nine such boats, which, it would seem, would be the backbone of the Ukrainian naval group on the Danube. However, in December 2013, the first two pledged boats were removed from construction under the pretext of poor construction quality and technical documentation problems. Obviously, given the current conditions, the replenishment of forces on the Danube will clearly not be a priority.

At the same time, against the background of the degradation of the Ukrainian armed forces in the region and the failure of attempts to strengthen its own grouping at the border, the Romanian armed forces were actively developing. Romania is vigorously increasing its military spending, even despite the winding down of NATO operations in Afghanistan. If in the 2013 year they amounted to 2,68 billion dollars, by 2016 they should grow to 3,25 billion dollars. For comparison: in 2013, the military budget of Ukraine reached the level of 1,9 billion dollars, and in 2014, taking into account additional allocations and the hryvnia exchange rate should be about two billion dollars (although the probability of achieving the planned indicators is very low due to financial and economic situation in the country).

In recent years, Romania from large platforms purchased the 12 F-16A / B fighter jets, seven C-27J Spartan, 31 BMP Piranha LAV III, 60 military vehicles of the MaxxPro Dash minenprotected aircraft, which contrasts sharply with the new pieces of the Ukrainian army and the meager ones volumes of modernization of Soviet technology, which took place in recent years.

Thus, it can be stated that despite a number of factual concessions in territorial disputes, the issue of the Romanian-Ukrainian territorial contradictions has not been removed from the agenda. It is characteristic that even in the conditions of scarcity of the military budget, one of the few examples of real military purchases of Ukraine in the 21st century was precisely the armored boat for use primarily on the Danube and in its mouth, that is, those who had as a potential opponent of the Romanian Navy. And the likelihood of further negative developments in the context of the priority of strengthening the eastern borders of the country and the corresponding military construction cannot be completely ruled out.