Leonid Ivashov: Albeit with a delay, but for the Russian foreign policy the moment of truth has come ... 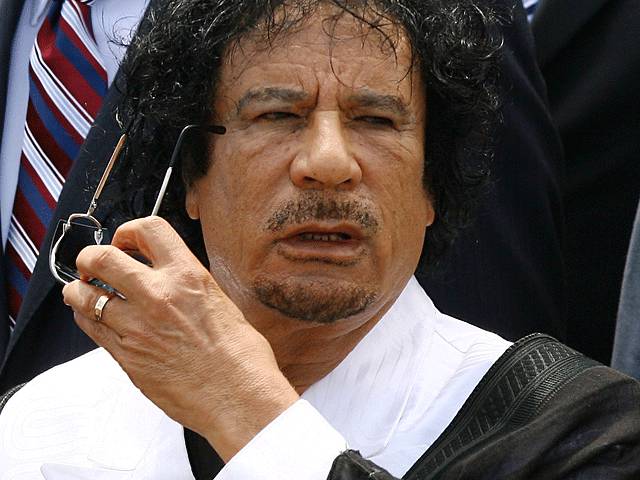 “WE, THE PEOPLES OF THE UNITED NATIONS, DECLINED DECISIVES to save succeeding generations from the scourge of war, ... reaffirm faith in fundamental human rights, in the dignity and worth of the human person, ... in the equality of rights of large and small nations, and create conditions under which justice can be observed and respect for obligations arising from treaties and other sources of international law ... "

In the words of this quotation are the pretentious goals and post-war intentions that 26 June 1945 of the year in San Francisco laid down in the Charter of its founders. Let me remind you that the champion for the creation of the UN was the eminent American President FD Roosevelt. He personally prescribed the main provisions of the Charter of the United Nations. F. Roosevelt did not live until the birth of his brainchild for two months. However, he managed to do the main thing - to convince everyone on whom the decision depended on the need to create a universal international organization designed to prevent wars and preserve peace, and contribute to the development of mankind. And in this like-minded and ally F.D. Roosevelt was made by I.V. Stalin, who commissioned the Soviet delegation in San Francisco in the most decisive way to contribute to the efforts of the US President to create the UN.

It is safe to say that the United Nations has been driven by the two most prominent geopolitics of the twentieth century. I.V. Stalin did not object to Roosevelt’s unofficial reasoning about the need to disarm all countries of the world except the USA, the USSR, Britain and China. Only these four states could have armed forces that would be subordinate to the UN and suppress anyone’s attempts to start a war or armed conflict. That is, no NATO and other robber alliances and coalitions. However, alas, it happened otherwise. After Stalin and Roosevelt some kind of small fry went, and the farther, the smaller, but bolder. Let's fantasize a bit and imagine what two great ones about today's UN affairs would tell each other. Such phrases would probably have sounded: “How we reached Obama, and ... Everyone does the opposite of what we agreed at the end of the war. We were looking for peace, they crave wars and conflicts. ”

The heart of the UN Charter is Chapter V, "The Security Council." Art. 24 states that its (UN) members place the primary responsibility for the maintenance of international peace and security on the Security Council. And what do we observe in recent years, after the artificial destruction of the USSR? The gradual erosion of all major goals and principles in the activities of the most important international organization of mankind, up to a change in the functions of the Security Council to diametrically opposed. At first, the UN Security Council allowed the armed aggression of NATO against the Federal Republic of Yugoslavia, and then sanctioned its occupation and division. After that, he authorized an armed invasion of Afghanistan, a military operation to destroy Iraq. Now it contributes to the colonization of the Libyan Jamahiriya and the killing of its leader ... The routine practice of the UN Security Council has been to ignore its own resolutions. The Libyan example is most characteristic. V. Putin has already announced his indignation at the actions of the "partners" from the North Atlantic Alliance: "The Western coalition has no right to kill Libyan leader Gaddafi." In my opinion, it would be fair if the chairman of the Russian government was outraged by the passive behavior of the Russian Foreign Ministry when discussing the Libyan issue in the UN Security Council, “abstaining” when voting, creating, so to speak, the legal basis for the barbaric bombings of Jamahiriya.

Muammar Gaddafi, apparently responding to the indignation of the Russian prime minister by the actions of the United States and NATO against Libya, officially appealed to Russia to initiate an emergency convocation of a meeting of the UN Security Council. Russia as a permanent member of the UN Security Council would be obliged to do this even without a request from the state - the victim of aggression, especially in a situation when the head of the Russian government expresses his outrage at the actions of the aggressor. Albeit belatedly, a moment of truth has arrived for Russian foreign policy ...

I understand the difficult situation of my dear (in the times of EM Primakov) Ministry of Foreign Affairs. On the one hand, according to the Constitution of the Russian Federation, the president determines the country's foreign policy. On the other hand, the State Duma and the Federation Council also have the authority, even legislative, to influence the solution of foreign policy problems, and here the parliamentarians advertise themselves in full, especially on the eve of elections. On the third hand, only the diplomatic department is blamed for all the failures and those and others, plus the media and the public. I do not envy Russian diplomats working in the Libyan sector. However, one way or another to respond to the official appeal of the Libyan side will have to - at least in order to prevent the final "loss of face" in the eyes of both the international community and its own people.

I have no doubt that millions of Russian Muslims are closely following the solution of this very difficult issue. And the development of the domestic political situation in Russia — especially in the North Caucasus — depends largely on the nature of the decision.

In a word, Muammar Gaddafi “loaded” the Russian establishment with serious problems. He drove the West, especially Sarkozy and Berlusconi, into a stalemate. A few days ago, a delegation of our Academy of Geopolitical Problems returned from Libya, headed by the vice president of the Academy. The results of the report were somewhat unexpected for me. Firstly, military operations between the Libyans themselves are conducted only on the screens of Western and Russian television channels. Otherwise, between the NATO bombings, Libya is generally calm. Gaddafi forbade shelling cities and towns in general, so that the population would not suffer and there would be no destruction. Therefore, when amateurs from the media report the use of cluster munitions, I want to laugh, because the whole aviation Libyan government troops are "on the joke", and cluster artillery has no weapons at all.

Secondly, Gaddafi does not allow NATO planes to shoot down in order to prevent the escalation of hostilities and the injection of political psychosis in the West. Gaddafi invented an unexpected and effective response: after each NATO bombardment, he "encourages" the landing of groups of African refugees to Berlusconi and Sarkozy. Third, as the representatives of the Libyan leadership said to the members of our delegation, Gaddafi is ready to go to general elections tomorrow under the most serious international control and is confident of his victory. Because the “opposition” is a rabble of members of radical extremist organizations, persons dismissed by people's committees for corruption and theft, just foreign mercenaries, plus NATO instructors and their own secret service employees.

And if in earnest: what could Russia do?

The first. In coordination with China, Germany, India, Brazil, to demand the urgent convocation of the UN Security Council, proposing on the agenda the issue of the violation of international peace by a number of UN member states and armed aggression by NATO. It was aggression, since no one gave the Alliance a mandate for an air blockade, and even more so for the destruction of the Libyan leader and his palaces.

The second. The question of reformatting a number of UN structures, primarily its Security Council, has long been ripe. How? Submit to the UN General Assembly a proposal for recruiting the Security Council on new principles - on a civilizational basis. Permanent members of the UN Security Council should be representatives of world civilizations - China, India, the Islamic world, the African Union, Latin America, North America, Europe, Russia-CIS. It is possible to separately distinguish groups of countries of border civilizational identity and local civilizations.

Such a Security Council will be much more effective and will return to its functional responsibilities. Today, when three out of five permanent members are members of NATO at the same time, this is nonsense. Of course, they can object to me: what if the countries of the Commonwealth are not nominated by Russia in the UN Security Council? The option of a permanent establishment from the CIS on a rotational basis is quite possible. I think that Kazakhstan or Belarus, becoming permanent members of the UN Security Council, will fulfill the functions of maintaining international peace and security, probably no worse than the Russian Federation will fulfill them today.