A special operation began in Kramatorsk. Fights take place at the airfield 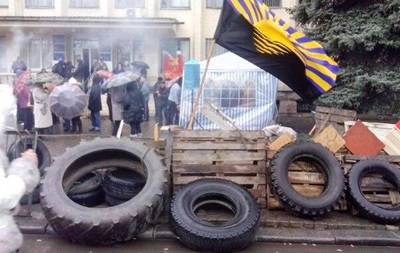 
In Kramatorsk, Donetsk region, a special operation of the Ukrainian security forces began as part of the anti-terrorism measures announced by the Ukrainian authorities. About it on Tuesday, 15 of April, reports the Ministry of Defense of Ukraine.


“In Kramatorsk, a special operation has begun and continues, conducted by the Ukrainian security forces as part of the anti-terrorism measures announced by Turchinov. The Ukrainian armed forces support it. But the details are not disclosed,” the UNN news agency reports.

As activists of the Antimaydan group report on their page on the social network, at the airfield of Kramatorsk now there is shooting and a fighter is shot down.

In particular, the report noted that four fighters flew over Kramatorsk: "a jet plane, presumably, a Su-27 is circling over an airfield." It is also reported that "aviation opened fire on the Kramatorsk airfield. "

Eyewitnesses noted that there are victims of shooting at the airfield, an ambulance is sent to the scene.