India will buy ammunition for tanks from Russia 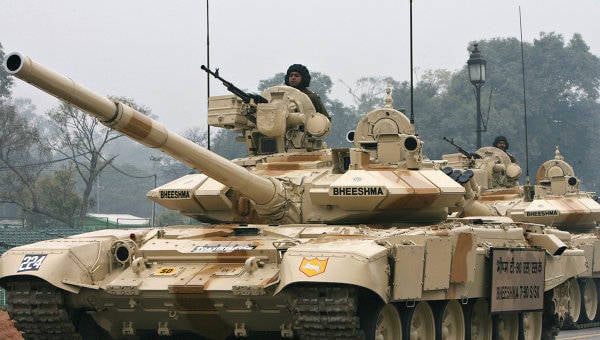 India signed an agreement with Russia on the purchase of 66 thousand armor-piercing sub-caliber ammunition "Mango" for tank 125 mm cannons, which are equipped with T-90 tanks. This was reported by the Press Trust of India news agency.


The cost of the agreement is estimated at 26 billion rupees (419 million dollars). Previously, it was approved by the Cabinet of Ministers of the Government of India in accordance with the necessary procedures.

The agreement also provides for the subsequent production of these ammunition under license in India. The Office will take care of it armory factories OFB (Ordnance Factory Board).

The need to purchase the Ministry of Defense explained the acute shortage of tank ammunition from the Indian armed forces.