Media: Yanukovych appeared in Kharkov and is going to announce the beginning of the operation against Kiev?

March 26 2014
143
This is stated by some media outlets and - ostensibly - by a representative of the US State Department.


There was unconfirmed information that 25 or 26 in March, Viktor Yanukovych, who successfully underwent a heart operation, allegedly made a statement on one of the Ukrainian TV channels. In his speech, he, according to the journalists of the weekly edition Our Version, will announce the military operation in the country. It is curious that information about the appearance of Viktor Yanukovych in Ukraine coincides with the murder of the leader of the Right Sector and the kidnapping of several nationalists of the organization, which could be potentially dangerous for Yanukovych and the pro-Russian forces. 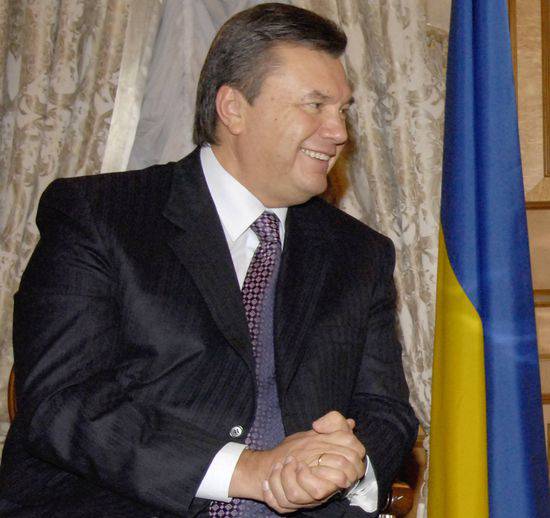 According to the Moskovsky Komsomolets newspaper, at the beginning of last week (March 17-18), Moscow doctors performed a surgery on the heart of Viktor Yanukovych - stenting of the coronary vessels to ensure normal blood flow through the blocked arteries. The operation was successful. Yanukovych prescribed drugs that prevent the formation of blood clots. The Ukrainian politician left the walls of the medical institution three days later.

And yesterday, a material appeared in the Nasha Versiya newspaper, where the author, hiding under the “eloquent” pseudonym Vlad Krymsky, reports that Yanukovych will make a statement on one of the TV channels. In his speech, he, as suggested by the authors of the weekly, will announce the military operation in the country. As the armed forces will be used "regional self-defense units." From whom these detachments are formed, is not explained in the material. However, it says that the number of combat groups reaches 30 thousand people. At the same time they are armed with "automatic weapons", and equipped" with the latest military technology. "Self-defense detachments are funded with money from some" oligarchs from the southeast. "

REFERENCE
In 2007, the weekly newspaper Versiya, which was part of the Top Secret Holding, was sold to the editor-in-chief of the newspaper Argumenty i Fakty and the minority shareholder of the same name, Nikolai Zyatkov, wikipedia.org. And since the newspaper AIF itself is a publication whose budget depends on state funds, information about Yanukovych can be considered a targeted “discharge”.

Former Minister of Defense of Ukraine Pavel Lebedev is named as “another force” that can help Yanukovych to realize his plans. He, as stated in the article, recently “stayed close” with Yanukovych. Moreover, according to the newspaper, he is “not only loyal to the army, but also regional self-defense forces”.

A military invasion or operation to return Yanukovych, if it really happens, will be local. Sources of "Our Version" claim that we are talking only about the subordination of the southern and eastern regions of Ukraine. After that there will be a division of the country along the Dnieper, according to the material of the publication.

There are no other sources of information that directly indicate that Yanukovich’s plans described by “Our Version” are not included in online publications. There are only indirect confirmations. We are talking about rallies and processions that took place last weekend, 22 and 23 March, in Odessa,

REFERENCE
NATO Secretary General Anders Fogh Rasmussen has just said: "NATO is very concerned about the buildup of Russia's military presence on the border with Ukraine."

Kherson, Kharkov, Donetsk and Lugansk, UNIAN reports. According to ITAR-TASS, from a few hundred to 3-5 thousands of people went to actions in these cities. A remarkable feature - the protesters in their hands were posters calling for Yanukovych to return, which was not the case before: “Yanukovych is our legitimate president”, “Yanukovych, protect your people”, “Yanukovych, come back”.

With the participants of the rally in Donetsk managed to talk Ukrainian service of the Air Force. “First of all, he must return to Ukraine and take up his position, his place. Overthrow the fascists, who are now in the Verkhovna Rada, ”said Yanukovych, a rally participant named Svetlana, who had to say her name was not told what to do. “Many state employees are now being delayed in salary,” she complained.

However, in the Ukrainian media there is also information that the rallies in support of Yanukovich were staged, reports NEWSru.com. MP from the party "UDAR" Sergei Kaplin on the TV channel "112 Ukraine" said that he was in Poltava, where he was "several sources" confirmed the information according to which "Putin's emissaries" for the 300 dollars "recruit participants" to "separatist rallies in Kharkov ”.

On the eve of the Polish Foreign Ministry received an official letter from the Russian parliamentarians with the initiative of a referendum. According to the plan, part of the Ukrainian territory should also depart Hungary and Romania, utro.ru reports with reference to UNIAN. The main initiator of the appeal, the agency said, was the chairman of the LDPR, Vladimir Zhirinovsky.

According to the position of the State Duma, Poland should demand a referendum on adherence to it in the five western regions of Ukraine: Volyn, Lviv, Ivano-Frankivsk, Ternopil and Rivne. In addition, Russian deputies are proposing that Hungary join Transcarpathia, and Romania, Chernivtsi. Ukraine, they want to leave only the central part.

Zhirinovsky explains his position by saying that "Ukraine’s attempts to build a state always ended in failure." "Kiev will never agree to the federalization of Ukraine, since it will no longer be able to manage anything," UNIAN quotes him.

In Poland, proposals on the division of Ukraine did not find understanding, Gazeta.pl reports. Tomash Nalecz, advisor to the Polish president on humanitarian issues, said: “All this is very strange. You can think of this only with a sick imagination.”

Ctrl Enter
Noticed oshЫbku Highlight text and press. Ctrl + Enter
We are
Results of the week. "Either true or all is well"
Military Reviewin Yandex News
Military Reviewin Google News
143 comments
Information
Dear reader, to leave comments on the publication, you must sign in.