Avakov vs "Right Sector": who is who? 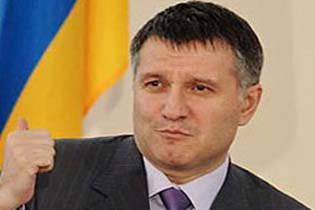 “They killed, it means that idiot of it”, - the first thing the traffic cop told me, who, apparently, simply wanted to talk, so he stopped me “to check the documents”. What is most interesting, it was not even necessary to clarify who was killed. From early morning, the entire Facebook, racially correct forums and tyrnet as such discussed the case in the Three Gudgeon tavern (Rovno). First news replicated Oles Doni. The one with whom the “svobodovtsy” conducted an educational conversation in the toilet of the parliament by dipping into the toilet and causing beatings of varying degrees of severity. The information was scarce: they arrived in three Volkswagen minibuses (two black and one white).


They took the hero "Yu-Tyuba" into the courtyard with their drinking companions and shot them in two short gunfire. An interesting detail: they tore off a shirt to make sure that there was no body armor, and twice shot at the heart. The first version, which all actively picked up, was the "Russian trace". It was like this - the reconnaissance and sabotage group of the GRU General Staff of Russia landed in Belarus, leaked to the Rivne region, established the habits of Mr. Muzychko and, renting three minivans, committed a demonstrative massacre. But even the racially correct users of the forums doubted the adequacy of such an assumption. “That's the way it is,” they wrote at the FUPe, “but why was it necessary to kill the leader of the Right Sector, who became the hero of the Russian media and perfectly fit into the image of the“ real Bandera? ”. Then they remembered the Chechen trail. Statements by Kadyrov and Gennady M. oks.k.a.l.ya. Gennady Gennadievich, as you know, loves to plunge into any informational shit on the go. So, at the beginning of the month, he posted a message that Sashko Bilyi ran over a Chechen and demanded a hundred thousand dollars, “so scattered.” The Chechen diaspora promised to find out. And figured out. The version lasted a few hours in hits. In the course of the virtual investigation, another video appeared in Yu-Tyube, where Muzychko told about the formation of a special group in the Ministry of Internal Affairs, which is going to kill him. And about. Interior Minister Arsen Avakov actually wrote in his blog: "Such as Muzychko, discredit the new government." So the traffic cop who stopped me was inclined to the version of the Cop trace. "They began to wet each other in their klopovnik", - not quite politically correct, he formulated and asked if I had a gunshot weapons. He says, if not, he can help with registration and acquisition. I promised to think.

Less than an hour, the official version of the Ministry of Internal Affairs appeared. All ranks by rank: “Member of an organized criminal group (“ Right Sector ”?), Previously declared wanted (in my opinion, he did not hide at all - aut.), Was mortally wounded during his arrest because he opened fire in the direction of law enforcement officers” . On the night of 24 on 25 in March, the GDCOC staff together with the Sokol Special Forces conducted a special operation in the territory of the Rivne region.

According to Deputy Interior Minister Vladimir Evdokimov, Muzychko jumped out the window and began to shoot. His bullet hit a Falcon employee in glasses and then got stuck in a helmet. The wounded policeman returned fire on his legs. In general, they killed Sashka Bilogo. Of course, a lot of obscure. For example, about two bullets in the heart. But it does not matter. Most likely, by default it was implied that it was not necessary to take Bilogo alive.

So, the Ministry of Internal Affairs and personally Arsen Avakov claimed responsibility for the indicative shooting of the leader of the Right Sector in the Rivne region, the “people's governor”, ​​the failed presidential candidate, the masochist and pervert, Sash Muzychko TV shows. There is no Russian trace. Although, if the specialists of the Security Service of Ukraine were involved in the case, they would quickly find a dozen crusts of GRU officers, bullets with the words “Greetings from GDP”, as well as Kadyrov’s imprints on Bilogo's stomach. But it is necessary to work with facts.

We emphasize once again: according to the information we have, an exemplary destruction of one of the most odious figures of the Right Sector was conducted. Arsen Avakov de facto declared war on the "pravosekam." This was to be expected. The plan to bring the PS fighters into the ranks of the Nazi Guard failed. The “Right Sector” headed by Yarosh became a real armed formation, not subject to “temporary power”. As a result, an activist of the European Maidan was shot in the tavern "Three gudgeons". Personal friend Vitali Klitschko. Favorite local prostitutes. Will the war "PS" with Arsen Avakov? This is more than an interesting question. On the one hand, the “right” living Sashko Bily gave a lot of trouble. Moreover, PS has recently become an official party based on UNSO. His recklessness and frostbite went even beyond the framework of this organization. On the other hand, the leader of the “Pravoseks” of the regional scale was indicatively killed. This is more than a clear signal: we must quickly hand over weapons and go under the wing of "temporary power." But there are quite enough tasks for the militants: terrorist attacks in the Crimea, suppression of “separatism” in the eastern regions, suppression of the “Katsaps”, which, according to Yulia Vladimirovna, must be systematically shot from “atomic weapons”. However, apparently, the militants like other work. They have actually captured the entire center of Kiev, laid down a tribute to commerce, politicians, earn money as a "call brigade". When, for example, they took the head of Naftohaz, one of the “regional” deputies threatened to call the Right Sector. Such dusty and well-paid work is much more to the taste of militants. Why take a steam bath and go to the regions where, with a high degree of probability, you can run into big trouble? It is easier to reap the fruits of the revolution in the capital, where there are a lot of “fat commerce” and “fearful politicians”, who, with the mere mention of “pravosekakh”, are ready to give everything. And go to the Crimea under the bullets of special forces and the "Golden Eagle" - no, thank you.

Therefore, we are looking forward to the continuation of the series “The Revolution Eats Its Children”. Will the PS decide to open confrontation with Avakov or pretend that nothing special has happened? And will the pacification of the "pravoseks" end only with Muzychko? Today we have the turbulent nineties of the last century with all the typical attributes. If we draw parallels, law enforcement agencies in such conditions are powerless to do anything. One or two operations. No more. And to eliminate the basis for the existing lawlessness is impossible. It is a fact.