How do the US lose the geopolitical battle 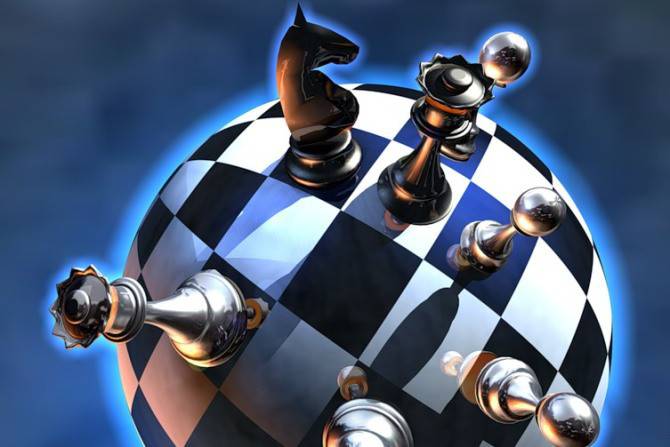 There is one extremely scrupulous moment that many people understand, but almost everyone is afraid to voice. It lies in the fact that the new World War has been going on for several years. Just so far it has not entered the global phase.

Background to the current situation

The destruction of Yugoslavia - these were still echoes of the Cold War, the result of the defeat of the USSR in it. Iraq and Afghanistan are the solution of local problems of plundering local resources, mastering military budgets and developing drug trafficking. But since Libya is the development of a global strategic confrontation. There were several reasons for the attacks on Libya: this is the project of the “golden dinar”, and the prevention of water independence of Africa (the great underground river), and access to oil, and working off the invasion by the hands of NATO allies (it turned out to be unpromising). [/ Left ]

Further goals were obvious - Georgia, Syria, Iran, Ukraine, Transnistria, Belarus, Azerbaijan. Somewhere direct military invasion, and in other places - destabilization through the support of insurgents and the initiation of civil conflicts. Attempts to conduct "color revolutions" in Iran and Belarus failed - there was neither a suitable social situation, nor a strong opposition.

In Tskhinval, the Russians reacted too quickly, and the Georgian army turned out to be much more cowardly than the American strategists expected. In Syria, Assad held out, thanks to the diplomatic support of the Russian Federation and China, and military intelligence support of Iran. Iran even had to activate Hamas and Hezbollah for this, who hinted to Israel in order not to intervene (after which a rather strong, though not public, lobby was created in Israel in support of Assad).

In Azerbaijan, everything is just being prepared. This country is heavily pumped weapons (to be sure, it is enough to look at the military budget of Azerbaijan and the list of their military purchases), in order to use it to destabilize both Russia and Iran at the same time. It will begin, of course, in Nagorno-Karabakh (it breaks where it is thin). The fact that it will be suicide for the country - none of the global puppeteers do not care.

Also, they do not care about the fate of Ukraine, which they are strenuously setting on Russia (the other day they allocated another billion dollars for the armament of the army and militant groups). Caesar’s tactics are to barbarize the barbarians among themselves by bribing local tribal "elites." Perfectly described in the "Notes on the Gallic War," more like a ledger - where to whom and how much was given a bribe to attack the neighbors.

Why precisely listed countries? This is strategically based. The United States loses economic domination, therefore, military domination and control over resources are often clinging to domination (often according to the formula “if not we use, then nobody”). Belarus and Ukraine separate Russia from the EU, their control allows them to potentially control the supply of hydrocarbons to Europe, which strengthens the EU’s dependence on the US. Libya is also supplying oil to Europe.

Georgia and Azerbaijan are the destabilization of the south of Russia, a springboard for penetrating the republics of Central Asia, creating a threat to the transport arteries between Russia and China, between Iran and China.

Syria is a springboard for an attack on Iran, an obstacle to the establishment of relations between Turkey (which is increasingly leaving the sphere of US influence) and Iran. In addition, Syria is the only Russian naval base in the Mediterranean. Iran is the ability to control the Strait of Hormuz, and through it - the entire Persian Gulf. That is, control over the supply of oil to Europe and China.

The EU, Russia and China are three potential contenders for the status of hegemon in the event of a fall of the United States (China is the most obvious). Therefore, the US, instead of developing its own country, is playing for a fall - to destabilize and collapse all the others. All, including its "allies" of NATO in the EU.

So, the four goals of the US global offensive: the EU, Russia, China and Iran. The EU has been economically under pressure for several years (there is a lot of material on this topic, I will not inflate the article), they are creating an “instability belt” around Russia, they tried to create a similar belt around China (unsuccessfully, therefore, they switched to the sea blockade of the South China Sea), Iran alternately they are trying to intimidate, to persuade (both, so far unsuccessfully). The US is in a hurry because the strategic window of opportunity for the realization of their plans closes in 2018 - by this time Russia plans to complete rearmament of the army, and China will launch its new aircraft carriers (which should surpass the outdated Nimitz in most characteristics) .

Failure in Syria has forced the US to quickly revise plans. In particular, they had to accelerate their coup in Ukraine (initially it had to be carried out at the elections of the 2015 of the year). Because of this haste, instead of cutting off Russia from access to the strategic southern seas, they unwittingly “presented” Crimea with it, which only strengthened its position in the region.

I think that at this point you need to stop separately, because it is important for a common understanding.

Until a certain point, the Russian leadership generally played by the American rules. It took a long time to make various concessions to Washington, hoping that this would calm the United States and they will peacefully put the Russian Federation in the global world system. But as time went on, the United States, intoxicated with victory and impunity, continued to believe that everything is allowed to them and they can take whatever they want, without measure.

The extremely clear expression of the collective American position can be seen in the violent words of Samantha Power, said Churkin: "You must not forget that you are the losing side." They all the essence of the American thinking of the last decades. The United States itself should not have forgotten that there are no “victories forever”. Instead, they continued to put pressure (including indirectly, through “trezheris” and other mechanisms).

Including the US continued to clearly and blatantly prepare for aggression against Russia - to deploy missile defense systems in Europe, build up their military bases near the Russian borders, tune their neighbors (at least try) and support the liberal “fifth column” through diplomatic channels inside the Russian Federation, provoking them to the beginning of the “color revolution” and separatism.

The turning point was the precedent with Gaddafi. The Libyan leader actually capitulated to the West, fulfilled all their demands, paid compensation and contributions, allowed Western corporations to the depths of his country - but he was still brutally executed. After that, the leadership of the Russian Federation came to the conclusion (which I voiced several years ago) that it makes no sense to negotiate with cannibals - they will still be devoured.

From this point on, one can clearly see how the rhetoric of the Russian leadership (not only Putin, but also a number of other iconic characters), and the strategy of their actions, changed almost instantly. Russia began to pursue an independent foreign policy, blocking the US aggression through the UN Security Council, retooling the army and reorienting the economy towards self-reliance and innovative development (yes, not too quickly, but global projects are not done quickly).

In fact, the true aggressors are obvious - they bombed Yugoslavia, invaded Afghanistan and Iraq, started civil wars in Syria and Libya, and are now arming the Ukrainian ultra-right nationalists. The United States needs the whole world, and they disagree on less.


The role of Ukraine

Now the propaganda of the Ukrainian government with all its scanty forces is inflating the thought that we have “a war between Russia and Ukraine.” This is a notorious lie. Ukraine in general is not the subject of these events - it is simply a field where the interests of the United States, the EU, Russia and China converged (although this is only one of the fields where their interests clash). The task set by the USA’s henchmen is to drag Ukraine into a military confrontation with Russia at any cost, or to unleash a civil war inside the country.

Threats of Yarosh and others “to blow up the pipe” or even “to blow up nuclear power plants” are not beneficial for either the Russian Federation or the EU (and especially Ukraine). But they are extremely beneficial to the United States, which would thus weaken both Russia and Europe. Another proof of who benefits and who orders this "music" (the United States indirectly supports many terrorist organizations around the world).

In fact, there is an undeclared war between the United States and the rest of the world (part of the EU, by inertia, still erroneously considers itself to be allies of the Americans, but it is gradually reaching many). No matter how different mass media present what is happening, in reality, unfortunately, there is no Ukrainian party to the conflict. There is the Russian side and there are American puppets who seized power in Kiev and carefully follow the instructions of the owners.

I would really like to see an independent Ukrainian side, but it is not there yet.

Ctrl Enter
Noticed oshЫbku Highlight text and press. Ctrl + Enter
We are
A great interview with Sergey Lavrov: about Ukraine, Obama and IranWhat you didn't want to know about England
Military Reviewin Yandex News
Military Reviewin Google News
102 comments
Information
Dear reader, to leave comments on the publication, you must sign in.