Simple Americans about the Crimea, Russia, Putin and Obama

March 20 2014
192
Yesterday on CNN came out next articlededicated to the entry of the Crimea into Russia. In general, of course, she has no value, with the exception of comments. 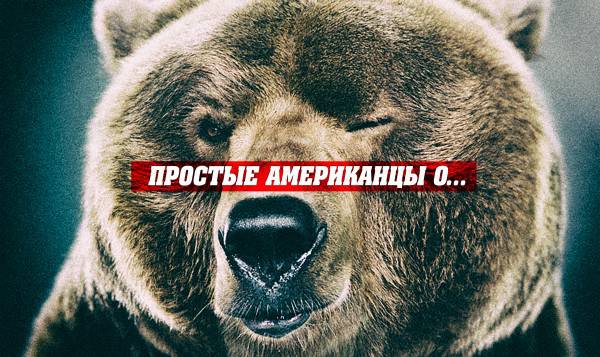 At the moment, users have left under the article more than 30 thousands of messages, and judging by them, it becomes clear that not all people across the ocean are zombied by Western propaganda, and ordinary Americans are quite different from the political elites of the West.
We translated some of the comments into Russian. Enjoy:

DiSQUS
Putin’s masterful chess move .. I even doubt that Obama knows how to play chess ....

Chris No
I am glad that the Russians did it. If they hadn’t, Ukrainians would have decided another ten years what to do with the Crimea. Russia decided for them. Thanks to Putin ..

jikeksi
Who allowed Obama to ignore the democratic vote and oppose the will of the people and potentially start a war / conflict with Russia ?? Rothschild ??

Jimmy Russels
Putin is an international hero. He wiped his nose to the Americans. Obama drew a line in the sand and dared to cross it with one foot. And Putin jumped over her with both feet and looked into his eyes all the time. Obama - just talk. Putin is a man of action. I salute Mr Vladimir Putin and his resilience. I look forward to the following disappointments in Obama.

Ed the oregonite
Taking Crimea from Ukraine is like taking candy from a baby ... The current Kiev cannot do anything about it, and Putin knows that Europe and America will not seriously oppose this.

Berlin_aus_der_matrix1988
Now we need to act quickly, Russia: connect the Crimea, build a bridge to the island, lay pipes — thus gain independence from the mainland. If Ukraine tries to blackmail the Crimea with food and electricity - go north and take these damned plants under control. Then pay all attention to the eastern regions - Donetsk and others. Connect the Crimea and Transnistria through the land corridor. And then turn your gaze to the southeast. North Kazakhstan and Baikonur must be returned. The President of Kazakhstan is dying, the country is turning into a Turk-controlled Islamic hole.

Ed the oregonite
Looking at President Obama’s statement, I cannot get rid of the feeling that Putin is laughing out loud. Putin simply put 10000 square miles of southern territory to Russia, and the US is talking about some kind of sanctions and “watching the situation”! President Obama doesn't even look at the camera!

Mightymoo
It is convenient to maintain freedom and democracy only when America is profitable. The guy in the office in Ukraine who was ousted after the coup was not an angel even with a stretch, but still appeals to Russia and is the guarantor of the Constitution of Ukraine. Whereas we clearly support the group that violated it.

8-Bit Mike Tyson
We all understand that Obama is not a real leader, and is better suited to organizing Marxist bongo parties in Chicago than he is to control a superpower. If his own people do not take him seriously, how seriously do you think Russian guys with nuclear weapons?

Skymeow
Obama may want to give allied support to Ukraine, but really, there is not much that can be done now. This is generally a pure victory for Putin.

Jaybob
Wasn’t this the US worried about what information the Russians could get from Edward Snowden? Did they get the edge? Maybe that's why Putin is acting so decisively?

Mormont telamon
The USA is the last country that can talk about the intricacies of international law. Our country was based on genocide and not much has changed. We have invaded more countries in the past few decades than all other countries combined.

robger65
I do not see the difference between the Crimea and Kosovo. Crimea again voted for independence from Ukraine after the collapse of the Soviet Union. One could even say that the creation of Kosovo as an independent country provoked the current situation. How many Russians died during the war with the Nazis in the Crimea? We must recognize the Crimea as part of Russia.

opposition
Who "advised" Obama to make a coup in Ukraine?
We lived quietly before. And now the whole world is on its head.

ukinh
This is the coolest strategic power show I've ever seen! Just imagine - everything happens without a single shot. It is clear that Obama and others, who used NATO to kill millions of people in order to support the separatists, do not like it. Only the blind will think that the West is for them.

realist
Putin is acting more correctly and democratically than Obama. A real vote is being held for people, not a staged show, and it is clear they want to go to Russia. Russia is doing what people want ..

Last American Standing
Obama puts America in a quandary.
We had to elect a black man as president because he was black. Forget about qualifications and experience - let's just select a person based on skin. What's next? Let's elect a female president just for the sake of electing a woman president. Shhh ... (Hillary does not meet the qualification requirements) I am witnessing the fall of my country, because of I-D-I-A-T-O-B.

alex durely mike brown
Sorry, but I have to disagree with you - Russia does not have ambitions to conquer Europe. It protects stability in the region from what it perceives as open threats.

Ctrl Enter
Noticed oshЫbku Highlight text and press. Ctrl + Enter
We are
A great interview with Sergey Lavrov: about Ukraine, Obama and IranWhat you didn't want to know about England
Military Reviewin Yandex News
Military Reviewin Google News
192 comments
Information
Dear reader, to leave comments on the publication, you must sign in.