In the Crimea, released the commander of the Ukrainian Navy Sergei Haiduk 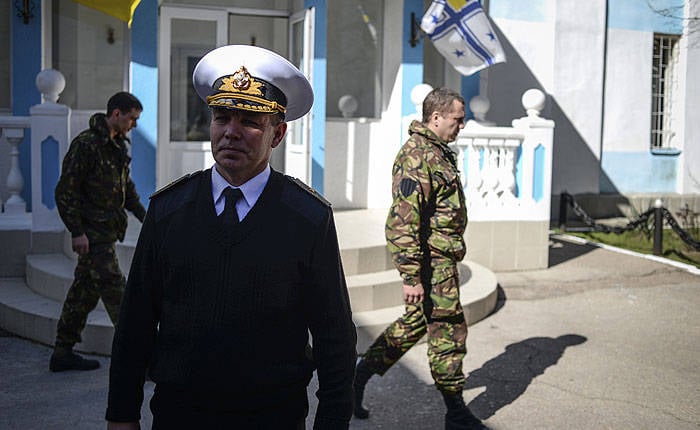 Ukrainian Navy Commander Rear Admiral Sergei Haiduk and seven other activists from among the supporters of the new Kiev authorities were released in the Crimea. This was reported on Thursday, the press service and. about. President of Ukraine, Chairman of the Verkhovna Rada Oleksandr Turchynov.


According to the press service, Haiduk and civilians, including the son of the people's deputy of Ukraine Anatoly Gritsenko, captured yesterday by law enforcement agencies and the self-defense of the Crimea, were released on Thursday night.

Earlier, the press service of the Ministry of Defense of Russia reported that the head of the department, Sergei Shoigu, called on the leadership of Crimea to release Haiduk.

"Russian Defense Minister General of the Army Sergei Shoigu appealed to the leadership of the Republic of Crimea with a request to release Rear Admiral Sergei Haiduk, the commander of the Ukrainian Navy of Ukraine, who was detained this afternoon and not hinder his departure to the territory of Ukraine," the message said Wednesday

Shoigu said that Haiduk was forced to carry out the orders of his leadership, submitting to the military regulations of the armed forces of Ukraine.

And about. Oleksandr Turchynov, Chairman of the Verkhovna Rada of Ukraine, gave the Crimean authorities time before 21: 00 (23: 00 Moscow time) on Wednesday to release Haiduk, promising to take otherwise “adequate measures”, including “technical and technological”.