About Ukraine, Russia, the United States, the collapse of petrodollar and nuclear war

March 22 2014
205
Recently on the portal USAWatchdog.com An article appeared by Greg Hunter, based on the theses statistics of Dr. Jim Willie, who believes that the “Ukrainian crisis” is another episode of the struggle between West and East for global financial power. According to the scientist, the West has already launched the third attack on the Russian "Gazprom". The first attack (veiled) made Cyprus a victim, and the second was addressed to Syria. 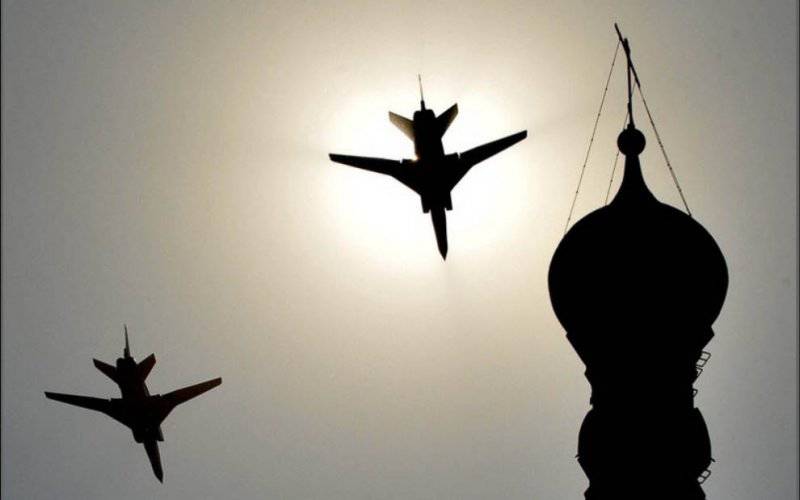 Nevertheless, Dr. Willie is sure that the West has got an “absolutely hopeless situation” in Ukraine. The US government understands that Ukraine cannot be turned into a central transit point for energy pipelines in a rapidly developing Eurasian trade zone. All this needs to be stopped, because such trade largely excludes the United States and Britain.

The West is trying to stop the Eurasian commodity trade. The current game, the doctor believes, is the third attack on Gazprom. The first attack was veiled, and it was sent to Cyprus. After all, Gazprombank kept money in Cyprus ... In addition, Russia used Cyprus as a focal point for buying gold bullion.

The victim of the next attack against Gazprom was Syria. Iranian pipelines were supposed to reach for the Syrian ports. This war is still going on.

Now we are witnessing a third attack on Gazprom, the scientist believes. The United States and Europe believe that if they control the valves on gas pipes, they can also control gas flows through Ukraine to Romania, Poland and Hungary.

According to Willie, the actions of the United States in Ukraine are “an act of despair”: the US administration has no options and therefore does “real nonsense.” The scientist considers such behavior on the political scene as “tragicomedy”.

Three years ago, the aforementioned Dr. Willie predicted that the United States would face isolation. When he heard the other day that Secretary Kerry threatened Russia with the exception of G8, he said: “Yes!” This is precisely the step that will cause isolation not for Russia, but for the United States. Three years ago, Willie wrote that G8 was becoming irrelevant - in contrast to G20, which China would lead, and not the United States and Great Britain. And, in fact, it already happened, about a year and a half ago. At a recent G20 meeting in Australia, the Chinese stated that America lives as a “printing house”, simply printing money and not having a real income. The American economy is all fake. That's what Beijing thinks.

A horrible problem for the West will soon be the unpleasant fact that oil and natural gas will not have to be paid in dollars. Dr. Willie warns that very soon Russia will demand either rubles or gold bars for its crude oil and its natural gas. The requirement to pay in rubles immediately "finish off" Wall Street and London. The West can not steer in these matters, being a "major importer of energy." The West is not sitting "in place of the driver," the scientist notes.

Russia, responding to US pressure, will destroy the petrodollar. Banking systems around the world will begin to abandon US Treasury bonds. According to Willie, Putin is not going to wait long ...

Moreover, Western provocations can bring Russia to the first strike (nuclear). If Moscow really delivers a "big blow", the US will respond with a blow in 20 just more powerful and "destroy the Russian nation," writes Willie. This desperate step will be similar to what the Nazis tried to do in their time.

As for gold for oil and gas, then, according to the scientist, there will be nothing especially shocking in tying the ruble to gold. Russians and Chinese are now full of gold. And they can afford to have a “real currency” and arrange a “real global reload”, that is, return to the gold standard and throw the dollar with all its substitutes in the form of securities into the trash. Today, one of the foundations of the dollar is not gold, but the US military.

According to Willie, the dollar is threatened with a 80% decline over the next three years.

Curious and comments of Western readers to this material.

Jerry writes that a common Western goal is much more than simply dumping Gazprom. If the banking cartel gains control over gas resources in Ukraine, it can destroy the economies of EU countries with impunity and whenever it needs it. The model that the cartel has always used for this purpose involves two actions: an attack and a diversion, the reader believes. However, this time Russia is still declared a scapegoat. Global collapse and domination are the goals of the cartel. These conspirators overthrow one government after another, and the US and NATO help them with this. Only China and Russia stand in their way, and it is only a matter of time before the economies of these two countries will be destroyed. According to the author of the commentary, Putin saved the Western “asses” in Syria, saving the West from the war. But who financed 5 with billions of dollars to overthrow the government in Ukraine? Of course, the bank cartel. Putin knows that if these conspirators gain control of gas flows in Ukraine, his game in Europe will end. That is why the banking cartel will do everything to make Obama and the UN play baseball with Putin. The prize in the game will be Ukraine. When it starts, Putin will dump dollars and begin to destroy the western economy. This will be a classic mate, the reader writes. In any case, he will win. The only hope for the United States here is that Putin will not bite the bait and simply will not do anything ...

John M. believes that Dr. Willie only confirms what most of us already know. America is slipping into a hole, and it is only a matter of time when it stretches its legs. This reader would not be surprised if China and Russia (perhaps) accumulated three times more gold than, according to official statements, the USA has. The American leadership of "asking ... alo" is all that it had, and therefore it is unlikely that it will do anything useful for the dollar. All that remains of our America, the author writes, is missiles with nuclear warheads. True, the author is not sure that the government considers it his duty to protect his people. This reader does not believe that the US government can even comprehend anything at all ... But Russia and China, it seems, are much more mature and responsible. “And they are communists!” The reader exclaims. They are likely to go to aggression against the United States if they are provoked. At the same time, the author of the comment is afraid of the creation of a police state in the USA. He is also afraid of foreign occupation. The latter, in his opinion, can become a logical continuation of chaos and disintegration ...

Sara believes that Dr. Willie deeply understands what is happening, but he, like Paul Craig Roberts, lacks a broader view of things. After all, the elite are hidden behind the scenes ...

Ed says Russia will use nuclear weapon against the USA and hit first. Russia encompasses thirteen time zones, the author writes, and prepared her population by “civil defense” —that is, the Russians will receive protection from a nuclear strike underground. The US nuclear strike would therefore be much less effective. Remember, the commentator warns, Russia is not the only country with nuclear weapons, it has allies with nuclear potential, and they may well join Moscow. As for the United States, he writes further, they are not loved all over the planet. It is very possible that the US will lose 1 / 3 populations in large cities overnight / day, and then 1 / 6 in 30 days from nuclear fallout.

Thus, we add from ourselves, and on this resource - as well as on many others - the theme of the Ukrainian crisis develops into the theme of the Third World War. Moreover, many Americans do not believe in the victorious power of their own state ...

Observed and translated by Oleg Chuvakin
- especially for topwar.ru
Ctrl Enter
Noticed oshЫbku Highlight text and press. Ctrl + Enter
We are
Dr. Willie: Petrodollar crash will be heard across the globeSituational analysis of the death of the MH17 flight (Malaysian Boeing 777), made on the basis of engineering analysis from 15.08.2014
Military Reviewin Yandex News
Military Reviewin Google News
205 comments
Information
Dear reader, to leave comments on the publication, you must sign in.