The blockade of the Crimea: why it can not take place 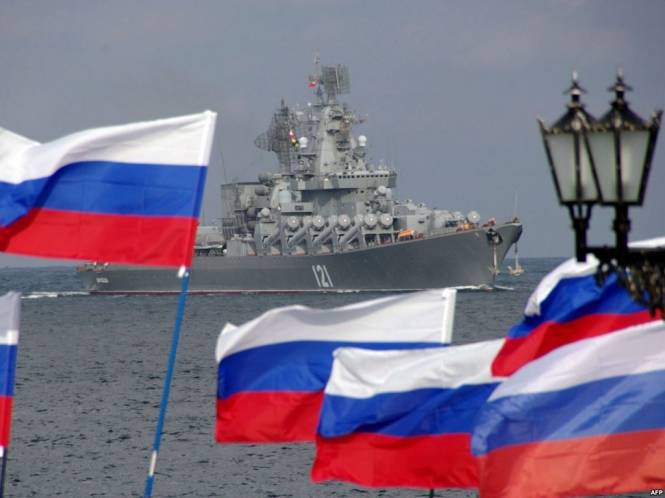 Could Vasily Aksyonov, who wrote his novel “The Island of Crimea”, ever published it for the first time in the American edition of Ardis Publishing in 1981, ever imagined that the Crimea would really become an island through the efforts of his host country? And the person who headed the first government of this island will be Sergey Aksenov, the writer's namesake? Hardly. But the facts are stubborn, and the Crimea is now precisely the island, forced to live in isolation from mainland Ukraine, from which it is now cut off not only by the border, by the 6-thousandth army group, but also by minefields. The Crimea became Ukrainian Transdniestria and will have to live for some time in a blockade situation. Let's try to understand the realities of this blockade.

Perhaps, Crimea was lucky with geography: communication with the mainland by land is provided by only three narrow land strips, which prevents the penetration of undesirable revolutionary elements to the peninsula. However, this luck is exhausted.

- 85% of the freshwater peninsula receives the 400-kilometer North-Crimean channel from the Kakhovka reservoir;

- only 20% of the electricity produced by the peninsula itself.

In other words, Crimea is extremely dependent on the supply of resources from outside. However, in the event of the withdrawal of the Crimea from Ukraine, nothing will change. Nobody will turn off the Crimea and will not block anything to it.

Why knife switches do not pull down

Crimea can sense the lack of water resources only for objective reasons: according to the State Water Agency of Ukraine, the flood volume at the beginning of this year is predicted to be below the norm - 14,0 – 19,0 cubic km with standard 26,5 cubic km, so the filling of the Dnieper cascade was proposed to start at the end of February. The cascade is successfully filled, and by March 19 the water will begin to flow according to the North-Crimean channel to the peninsula.

The prospect of immersing the Crimea in darkness looks unlikely. The distribution of electricity in Crimea is carried out by the division of DTEK Krymenergo belonging to Rinat Akhmetov. The electricity itself comes from the mainland, probably the largest share in power generation comes from Zaporizhzhya NPP. Power lines until recently belonged to NEK Ukrenergo, now, most likely, they will be transferred to the balance of the Crimean authorities.

Crimea will not remain without gas. Control over "Chernomorneftegaz", producing gas on the Black Sea shelf, has already passed to the authorities of Crimea. He is also controlled by the Glebovsky gas storage facility. From this year, the peninsula will be able to meet its needs for blue fuel.

Leaving the Crimea without electricity and water supply would be an extremely risky step for Kiev. First, it can lead to unpredictable consequences for the junta. Steps can be either symmetrical (in the form of a complete cessation of gas supplies) or asymmetrical. The benefit of the various economic levers of influence on Kiev from the Kremlin is quite enough. In addition, Rinat Akhmetov himself, as the owner of DTEK’s energy holding, is not very interested in reducing profits: only household electricity consumers in the Crimea are about 2 million people.

In such a situation, the maximum that the junta can take is a series of sabotage at water and energy facilities, or at raising electricity and water tariffs. Diversions will again lead to an unpredictable reaction of Moscow, and raising tariffs can be compensated by financial assistance (not to mention the retaliatory expropriation of Crimean property of especially zealous Kiev residents).

Thus, the probability of immersion of the peninsula in the darkness and cold is not so great.

The real problem for residents of the peninsula could be a lack of food. However, they can be delivered both by ferry and by transport aviation Russian Federation.

It would be unpleasant to disrupt transport communications with the mainland. Unpleasant, but not critical.

Debit and credit of the republic

So, last year, the revenue part of the budget of the Crimea was 4,798 billion hryvnia, including 2,492 billion hryvnia subsidies and subventions from the state budget of Ukraine. In 2010, the volume of subsidies from the state budget of Ukraine to Crimea's GDP was 8,86%. In this case, most of the tax revenues went to Kiev and only then, after the redistribution, returned to residents of the Crimea.

According to the head of the Crimean Council of Ministers, Sergey Aksyonov, “the money we collect here and send to Kiev in the form of income tax and VAT is approximately equal to the amounts that Kiev sent us. There is also an agreement with the Russian Federation on the provision, if anything, of financial assistance. ”

Now everything that the republic earns will remain at its disposal. Well, the Russian Federation insure, in which case.

Social benefits will now be handled not by the pre-default Pension Fund of Ukraine, but by its more than solvent equivalent in the Russian Federation. And all Ukrainian state-owned enterprises in the Crimea will soon be nationalized.

Fully at the disposal of the Crimea will remain income from tourism. Last year alone, more than 5,68 million people rested in the Crimea. I am sure that this year will be no less, just a redistribution of the flow of tourists will occur. The number of Ukrainian tourists will significantly decrease, but not at all due to the fact that they will not be allowed into the Crimea. Just the financial capabilities of many residents of Ukraine will force them to abandon the summer vacation. But the number of tourists from the Russian Federation will increase.

Crimea itself will fall into the zone of priority economic development. Russia will no longer need to pay $ 97 million annually to Kiev for staying on the Black Sea peninsula fleet. These funds can be directly directed to the budget of Crimea.

Should not be dissatisfied

The humanitarian space of the peninsula will also change significantly. So, earlier Kiev artificially heated up the confrontation between the Russian and the Crimean-Tatar population of the Crimea. Now the degree of the Russian-Tatar confrontation will decrease: it has already been announced that there will be two state languages ​​in Crimea: Russian and Crimean-Tatar. In addition, the Crimean Tatars will receive positions in the leadership of the republic and the opportunity to fully participate in the social and political life of the republic. Twice will be increased payments for the arrangement of the Crimean Tatars.

The subversive factor of the Crimean radical Islamists will soon be eliminated. The Security Service of Ukraine in every possible way turned a blind eye to the activities of supporters of the Crimea’s Caliphatisation from Hizb ut-Tahrir. Now they will be able to do the FSB, the special services of the Crimea and the fighters of self-defense forces.

In the conditions of the collapse of the Ukrainian statehood, the nullification of social guarantees and the death of the right to the mainland, Crimea will remain an island of peace and order. And if the only “product” that Kiev will soon be able to export is chaos, then Crimea will be able to oppose order, social guarantees and stability to it. And I am convinced that the population of Ukraine will soon become starved for them.

However, Crimea itself is suitable only in the form of an unsinkable aircraft carrier capable of controlling the Black Sea. The island of Crimea should become a bridgehead, from which there will be an early return of order to the Southeast. And this is his new historical mission.

Ctrl Enter
Noticed oshЫbku Highlight text and press. Ctrl + Enter
We are
What you didn't want to know about EnglandRevealed the secret of provocation in the American Boston
Military Reviewin Yandex News
Military Reviewin Google News
139 comments
Information
Dear reader, to leave comments on the publication, you must sign in.