Careful diplomacy. Will Kazakhstan be able to sit on two chairs? 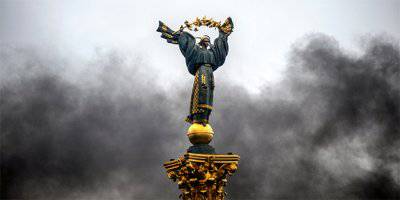 There are very different opinions on how Kazakhstan should behave in the conditions of the Russian-Ukrainian crisis. Some believe that Astana is obliged to demonstrate discontent and protest against the decisions of Moscow, others urge caution not to tease and provoke the northern neighbor, others offer to act as a mediator in resolving the conflict. It is clear that sooner or later Ak-Horde will have to make a choice. We will talk with Kazakhstani experts on foreign policy issues about which line of conduct will be the most optimal for Kazakhstan.


Sanat Kushkumbayev, Chief Researcher at KISS under the President of the Republic of Kazakhstan:

“The key points of the Kazakhstani position are indicated, all the rest are nuances”

- Kazakhstan has taken a low-key, but quite clear position. In the statement of our Ministry of Foreign Affairs, the key point is that we unequivocally support the territorial integrity of Ukraine. As you know, we have fairly good relations with this country. We will also be interested in establishing and developing a constructive dialogue with the new Ukrainian leadership.

At the same time, Kazakhstan understands and takes into account that Russia has special interests in the post-Soviet space. But this does not mean that our country agrees with the entire set of tools that Moscow uses to defend and promote its interests. As in the 2008 year, after the Russian-Georgian conflict, and now, during the Russian-Ukrainian crisis, our country has a position on fundamental issues that differs from the Russian one. Like it or not, the most important thing is that our position is clear to the Russian partners, adequately received in the world and Ukraine.

It is very important to balance the situation. It is clear what a huge role Russia plays for our country. Kazakhstan, in an effort to avoid extreme, in this case unproductive positions, is unlikely in the midst of a crisis to publicly focus attention on the differences in the views of our country and Russia. As I have already noted, the key points of the Kazakhstani position are indicated, all the rest are nuances. Of course, the Ukrainian crisis is another great lesson for our country. We must carefully and adequately draw conclusions for the near future, and most importantly - for a strategic perspective.

Askar Nursha, Head of the Center for International Studies at the Institute of World Economy and Politics at the First President’s Foundation:

“For many years, Russia has warned its Western partners and Ukraine that it will not tolerate the drift of Kiev towards the EU and NATO. In a position of confrontation during the discussion, various compromise options were discussed, including the “Finlandization” of Ukraine, which assumed the country's buffer status and the absence of armed units of the Western powers on its territory. Given the ethnic composition and political and territorial characteristics of Ukraine, experts have repeatedly predicted a high probability of a split in the country and separation of the south and south-eastern parts from it. This, in fact, is happening today, but with the active participation of Russia. The West is present in the Ukrainian political field no less actively than Russia, but it does it more skillfully and not as roughly as our northern neighbor.

In general, the situation for Kazakh diplomacy is not ordinary. Russia expects from Kazakhstan as a strategic partner of support in the Ukrainian question. Why is it necessary for the Kremlin? First, given the threat of international isolation from the West. Secondly, the support of Kazakhstan is doubly needed by Russia in connection with the plans voiced by our countries to deepen integration with the establishment of the Eurasian Economic Union, which implies a higher level of economic policy coordination. Indeed, what kind of in-depth political dialogue in the future can we talk about if the closest partners keep silent or disapprove of the Russian position on the key foreign policy issue for it today?

One can try to understand the position of Russia, given that its actions are also a reaction to the violation by the opposite side of fundamental agreements to break the deadlock, of which it is one of the guarantors. Taking the lead from the protest forces, the Ukrainian opposition and the West did not fulfill their part of the obligations, and now Russia, in righteous anger, took advantage of the situation to play it in its favor and prevent the approval of the new Ukrainian authorities, which threatens the Black Sea the fleet the prospect of expulsion from Ukrainian territory. The question is, can this justify the entry of Russian troops into the Crimea?

Disregarding Maidan and the competition between Russia and the West, then the entry of Russian armed units into Ukrainian territory is an unpleasant event for Kazakhstan. In August of the 2008 th in the Georgian-South Ossetian and Georgian-Abkhaz conflicts, the circumstances were different: then the Russian troops intervened after the outbreak of hostilities by the Georgian side. At that time, Kazakhstan, in accordance with its foreign policy guidelines, supported the territorial integrity of Georgia, guided by the principles of respect for sovereignty and territorial integrity. Now Russia is interfering in the internal Ukrainian processes in peacetime. The explanations that she intended to prevent armed clashes are unconvincing to her opponents, since Russia does not have the necessary mandate of authorized international structures and acts unilaterally.

It should be noted here that the Ukrainian events in Central Asia are much more acute, since in our region there is a more complex inter-ethnic situation, and in relations between states, with the exception of Kazakhstan, territorial disputes have not yet been resolved. In the dynamics of processes, one cannot ignore the neighborhood with China, which, at the SCO site, as its guiding start of its activities is fighting the three evil forces - separatism, extremism and terrorism. From this it follows that the attitude to sovereignty in our region is special, and the introduction of troops under the pretext of protecting national minorities will not be understood by everyone. For example, President Islam Karimov during the Osh events of 2010 of the year could also do to protect the Uzbek population in southern Kyrgyzstan, but did not do this, which earned positive feedback in the region and beyond. Violation of these principles can undermine the trust of each other among countries.

Not an empty sound for Kazakhstan and the Budapest Memorandum of the Year 1994, which formulated the guarantees of the leading powers of the world in exchange for the rejection of nuclear weapons.

On this basis, Kazakhstan had to observe restraint and remind the parties to the conflict to respect the principle of Ukraine’s sovereignty. As a strategic partner, Kazakhstan also, due to circumstances, could not but express support for Russia, which found itself in a difficult situation.

It was necessary to combine these two theses in one statement, which, in general, happened if you carefully read the speech of the President of Kazakhstan. This is the optimal line. Foreign policy moves should not fluctuate under the influence of various impulses, but should be based on firm principles and attitudes. But common sense, too, has not been canceled.

It only remains to add that Kazakhstan, like Russia, has obligations and responsibilities for ensuring regional security. We value the opinions of Russia and Ukraine and listen to them. In turn, we expect similar responsibility from our partners, both with regard to national minorities and with established international principles.

“Years of the Horse for Kazakhstan have always been difficult”

- Kazakhstan has already expressed its position, calling on the parties to solve problems peacefully. On the one hand, the Kazakh-Russian relations, of course, differ from the relations between Moscow and Kiev. We have a different legal base, both of our countries are members of the CSTO, cooperating in the defense sphere. Confirmation of this is the recent meeting of the presidents of the three countries of the Customs Union, at which they confirmed their intention to sign an agreement on the creation of a Eurasian Union as scheduled.

On the other hand, the Russian-Ukrainian conflict cannot but worry Kazakhstan. I believe that this issue was discussed at the said meeting in Moscow. If we talk about the threat, then at the last meeting in the Ministry of Defense of the Republic of Kazakhstan, the President, in connection with the risks associated with the withdrawal of coalition troops from Afghanistan and the militarization of the Caspian states, instructed to strengthen the groups in the southern and western direction. In general, it must be said that the Horse years for Kazakhstan (1918, 1930, 1942, 1954 ... 1990, 2002) have always been difficult, and the current one will not be an exception.

Alexander Knyazev, an expert on Central Asia and the Middle East:

- I don’t see something fundamentally special: there is a huge contractual base on Kazakhstani-Russian bilateral relations, including the security sphere. By and large, Kazakhstan must support its ally, Russia, which, in fact, has been done in terms acceptable by the diplomatic framework. The President said unequivocally: Kazakhstan “as a strategic partner treats with understanding the position of Russia defending the rights of national minorities in Ukraine, as well as the interests of its security.” It’s not a matter of not “teasing” or “not provoking”; this is absolutely unacceptable formulations. The cries of odious Kazakhstani national patriots do not count, they do not express either the position of the state or the opinion of the overwhelming majority of the population.

Kazakhstan has two foreign policy partners, relations with which are fundamentally important for the present and the future of the country - these are Russia and China, which is predetermined by elementary geography, and this will not change. It is symptomatic that China also supported the position of Russia in Ukraine: for the People’s Republic of China, the same situation with the Crimea is a very important precedent that can be used to return separatist Taiwan into China’s borders.

I do not see any reasons for Kazakhstan to have the need "to demonstrate discontent and protest against the decisions of the leadership of the Russian Federation." The President of the country is Nursultan Nazarbayev. In the same context, it is very important to include the Kazakhstan leader in the negotiation process as a mediator.

Nazarbayev’s activity can also be explained by a desire to protect Kazakhstan from destabilization under the Western scenario, since his commitment to integration projects with Russia is negatively perceived in the West, primarily in the United States, and the result may be attempts to destabilize the situation in Kazakhstan, as, by the way, in Belarus . Destabilization of Kazakhstan, which would be based on internal factors, is hardly possible, at least in the foreseeable future. Therefore, at the operational-strategic meeting in the Ministry of Defense of the Republic of Kazakhstan, which Nazarbayev held after consultations in Moscow with Lukashenko and Putin, it was about strengthening security structures, including army, on those border vectors that are relevant for Kazakhstan: this is not Chinese and not Russian direction.

Ctrl Enter
Noticed oshЫbku Highlight text and press. Ctrl + Enter
We are
About Stalin and KhrushchevWhat you didn't want to know about England
Military Reviewin Yandex News
Military Reviewin Google News
152 comments
Information
Dear reader, to leave comments on the publication, you must sign in.