The guarantor of peace in the desert 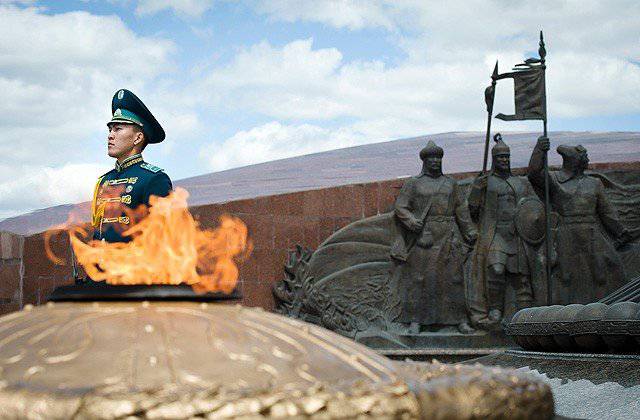 The guard at the monument of the defenders of the Fatherland in Astana, Kazakhstan.

Russia remains the main partner for the armies of Central Asia, Moscow’s influence in this region will only grow after the withdrawal of NATO and US forces from Afghanistan, according to a study by the American ethnopolitologist and analyst of the Stockholm Peace Research Institute (SIPRI) Dmitry Gorenburg “External assistance to Central Asian armies and security forces. " It examines the armed forces of all countries in the region.

According to the analyst, despite the increase in military spending, only Kazakhstan and Uzbekistan are in the process of creating combat-ready armies, while Kyrgyzstan and Tajikistan have difficulties with organizing even small rapid response teams. Turkmenistan’s problems are the lack of specialists capable of developing a plan for structural reforms of the Turkmen army.

The external threat of radical Islamists does exist, but is regularly exaggerated by local authorities and their partners from Russia, the author of the report said. The main danger for the ruling regimes in Central Asia, he says, are internal protest moods and instability.

Turkey, with mixed success, is trying to establish contacts in the region, besides India is striving in Tajikistan. China, despite the key role in the economy of Central Asia, remains aloof from military issues, not wanting to clash with Russia. The defense industry of the European Union is of interest to local regimes that have the money to buy new weapons, the report says.

As the author of the study writes, the withdrawal of US troops from Afghanistan may be the last chance for Central Asian states to receive major military assistance from the Americans in the form of used equipment and machinery - Uzbekistan, Kyrgyzstan and Tajikistan are particularly interested. During the years of the Afghan military operation, the United States remained an influential player in the region, not always helping weapons, but providing education and training programs for local armies.

The withdrawal of the NATO and US coalition forces from Afghanistan, predicts Gorenburg, will leave the leaders of the countries of Central Asia alone with a number of internal threats, while most of them could not create armed forces that meet international standards.

Russia, he said, remains the main source of foreign military assistance for the Central Asian powers, not only supplying weapons, but also training local military personnel, modernizing outdated equipment and providing financial support. The analyst gives information about the extent of Russian cooperation with each of the states.

Russia has a fruitful partnership with this country. Kazakhstan has one of the most stable economies in the region and aims to create modern armed forces.

The first bilateral arms purchase deals were mainly related to the Air Force. At the end of the 1990, Kazakhstan acquired the Su-14, 25, MiG-12 fighter jets and a number of training aircraft from its Russian partners 29. Now Russia is taking an active part in the modernization of the Kazakh Air Force.

From 2004 to 2011, Kazakhstan purchased 47 Mi-17 helicopters from Russia (including modifications), but in recent years, the Kazakh authorities have shown interest in European-made helicopters. They continue to actively purchase Russian armored vehicles - In 2010 and 2012, contracts were signed for the supply of 190 BTR-82A. Kazakhstan has also become the first foreign customer of an experimental BMPT (combat support vehicle). tanks), known as the “Terminator”: in 2011, the first three cars were received, then a contract was signed for another nine “Terminators”. In the same year, the armed forces of the Kazakh army received three TOS-1 “Pinocchio” (a heavy flamethrower multiple launch rocket system based on the T-72 tank). 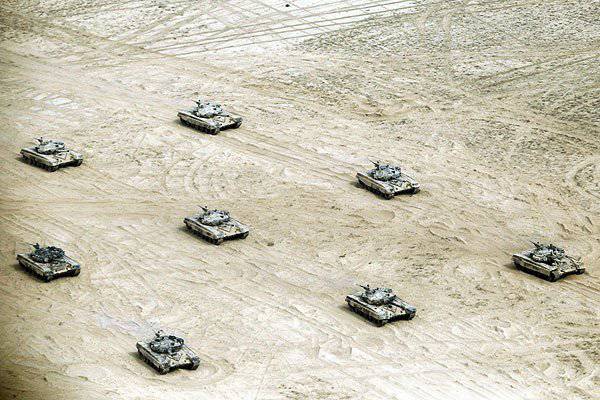 In January 2013, Russia and Kazakhstan signed an agreement on a single air defense system. Within its framework, the Kazakhs should receive the C-300PS air defense missile system - this C-300 modification is now discontinued.

Finally, the Kazakh Navy builds Katran missile boats developed by Russian designers from the Almaz Central Design Bureau at their own shipyards. In recent years, two such boats have been launched.

Almost all of the weapons of the country are of Soviet or Russian origin, but the Uzbek authorities are not conducting such an active modernization of their own army as in Kazakhstan.

Since 2000, Tashkent has been buying Russian rifle weapon, including machine guns and sniper rifles. In the 1990s, around the 170 BTR-80 and 50 armored vehicles were delivered to the country in the 2001 year. Russia has repeatedly participated in the repair and modernization of Uzbek combat aircraft - in particular, in the 2004 year, it installed on the MiG-29 and Su-27 equipment that allows flights at night and in bad weather conditions.

Uzbekistan was interested in other types of Russian weapons, including air defense systems and anti-tank missiles, but its main priority remains contracts for the repair and modernization of existing equipment.

Five years ago, the Russian-Turkmen arms market practically did not exist. This was influenced by relative poverty, the isolationist policies of Ashahabad and the impressive stock of weapons and equipment inherited from the Soviet Union. However, the aging of Soviet technology and the growth of the state budget due to revenues from gas exports dramatically changed the situation.

The first contract with a Russian manufacturer was the order of six MRLS (multiple launch rocket systems) Smerch. In the 2009, two Mi-171 and 8 BTR-80A helicopters were acquired. For the needs of the army, the Turkmen authorities ordered 1040 KamAZ trucks and other transport vehicles in Russia. There were two contracts for the supply of T-90С tanks - a total of 40 vehicles.

Russia played a key role in creating a young Turkmen fleet. Two large Lightning missile boats and two Sobol coast guard ships were delivered to his armament. Until the end of 2014, the delivery of three more Lightning is expected.

Russia has been cooperating with this country since the end of the 1990s, but arms deliveries on an ongoing basis began after the signing of an agreement on the deployment of Russian military personnel at the Kant airbase in the Chui oblast of Kyrgyzstan. According to the agreement, Kyrgyzstan annually receives free military aid for $ 4,5 million. It is divided in half between equipment and training. In 2003, two Mi-17 helicopters were transferred to the country. As part of other annual deductions, the Kyrgyz army received batches of small arms, body armor, night vision goggles, ammunition, communications equipment and military uniforms. 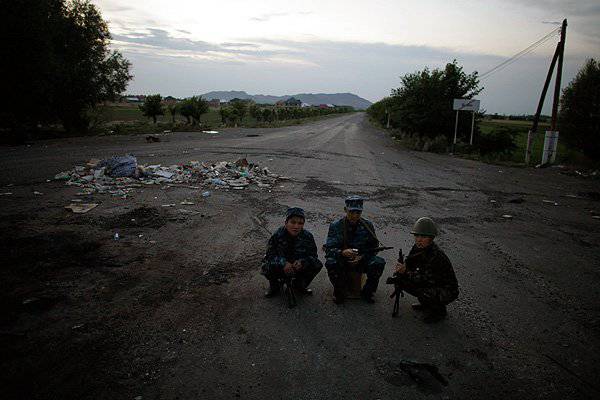 Soldiers of the Kyrgyz army at a checkpoint in the city

In 2012, in the framework of a bilateral treaty on the expansion of the Russian military presence, Moscow offered Kyrgyz military assistance for $ 1 billion. The list of military equipment proposed for this amount was not made public, but Kyrgyzstan’s wishes are known. The local Interior Ministry requested 2 combat helicopters, five armored personnel carriers, a 44 truck and a minibus, several hundred small arms and 40 thousands of police uniform sets. The armed forces of the country want an unspecified amount of armored personnel carriers, guns, mortars, portable air defense systems, motorcycles and satellite communications.

Russian cooperation with Dushanbe consists mainly in supporting its military presence than in the supply of new weapons. Nevertheless, in the 2006, the Tajik army received two Mi-24 combat helicopters, and in the 2007 year - four modernized L-39 training aircraft.

There is evidence that Moscow can transfer to Tajikistan all the old equipment of the 201 Russian military base. We are talking about 160 tanks T-62 and T-72, 160 BTR-70 and BTR-80 and 140 BMP-1, as well as dozens of howitzers, portable SAMs and mortars. There is no exact information about the future of this technology.

The latest agreement to extend the lease of the military base, ratified by the Tajik parliament in October 2013, refers to $ 200 million of military assistance, mainly on air defense systems and equipment repair.