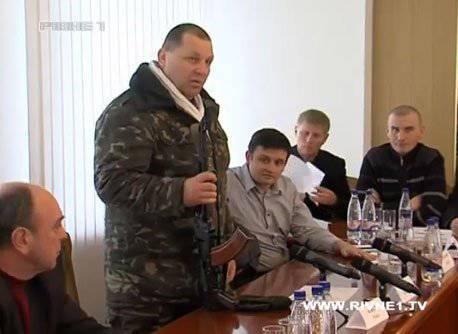 Khutoryan and nationalist ideology won in the second decade of the 21 century in Ukraine. Yatsenyuk and Klitschko - this is just the political scenery that came to power on the bayonets of the "Right Sector". Today, when in Ukraine, with the exception of the Crimea, the Berkut was dismissed and demoralized, Dmitry Yarosh, it’s not difficult to enter the Ukrainian parliament with machine guns, and pull Turchinov and Yatsenk from there directly onto the Maidan. They did not give them weapon and masks - it’s not for them to take it away from them today! Today it is the most common expression among revolutionaries. Everyone understands that Dmitry Yarosh is not an independent figure in the geopolitics of Ukraine, because his militants are heavily guarded by the American ambassador when he visits the Verkhovna Rada. Therefore, the removal of Yatsenyuk with the chair can be only with the consent of Mrs. Nuland.

However, there are things that do not depend on the will of the US ambassador, and even on Yarosh himself. The same Sasha Bily can walk around the city of Rovno with the Kalashnikov assault rifle, enter the local municipality or the prosecutor’s office, but people like him and even young Russian-speaking Bandera with a rewritten cultural code will not save Ukraine from deindustrialization. People practicing the ideology of Yarosh will not be able to develop projects of the new Antonov aircraft and continue the line of old ones to modernize. Nor can they:

- to develop the rocket-space industry on the basis of "Yuzhmash"

- to develop innovations in the field of engineering and heavy industry

- to restore the Ukrainian military-industrial complex

Why Ukraine Dmyrty Yarosh, as the true leader of Ukraine, can not do it? Firstly, not only because nothing is said about this in the economic program of Ukrainian nationalists (OUN) of the mid-twentieth century, but because it was built by the Soviet (Russian-speaking civilization), and even after 20 years, it all works within the framework of cooperation with fragments of the Great Russian-speaking civilization, which existed within the framework of the Soviet system. Kharkov "Turboatom" produces blades for nuclear turbines of nuclear power plants built according to the technology of the USSR and the late Russian Federation, and not the United States or Europe. And now it is exclusively tied to work with Rosatom, which is building nuclear power plants around the world. And what we hear from the “Right Sector” is to take away from Russia 3-5 regions? Then, if you please, immediately close this plant and hang it on a granary through passage. 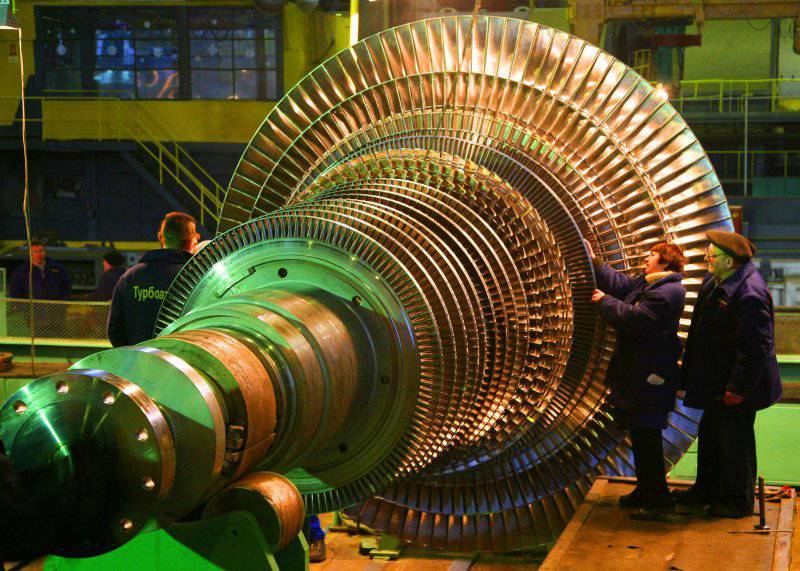 But the matter is not even in cooperation between Russia and the industrial Russian-speaking Southeast of Ukraine in all segments of industry and the economy. Everything is much deeper and more complicated. Someone from the readers of the Military Review website has met at least one active one, I emphasize the active Ukrainian-language website, where there is a lively discussion and debate in the Ukrainian language, about pulsating engines, about the hypersonic direction, about the prospects of flying to Mars and criticizing the scientific world, for its delay in the near space? Maybe there is a Ternopil site somewhere, where they actively and in disputes discuss the problem of Ukraine’s lack of readiness for the sixth technological order? Maybe in Lviv there are young Ukrainian patriots who dream not only about the torchlight procession through the streets, but also about taking the seat of the SU-27 fighter? If you do not like the Moskalsky interceptor, then at least let them dream of an F-16? Does Ukrainian ufologists exist in nature? Why do all the designers of the design bureau of the Ukrainian military-industrial complex communicate weapons in occupational Russian when they give interviews to their Ukrainian TV channels? Sashko Belykh, as a true patriot, must take the Moskalsky Kalashnikov assault rifle and go to the workshops of the Yuzhmash plant, check how high-quality Zenit missiles are assembled for the sea launch program (Russia participates by the way). His holy right and duty, to peel a rocket and throw out from there all the Russian components that are used in the manufacture of the product. The workers of the assembly shop should speak everything in Ukrainian, and the portrait of Stepana Bandera should hang at the entrance to the factory! 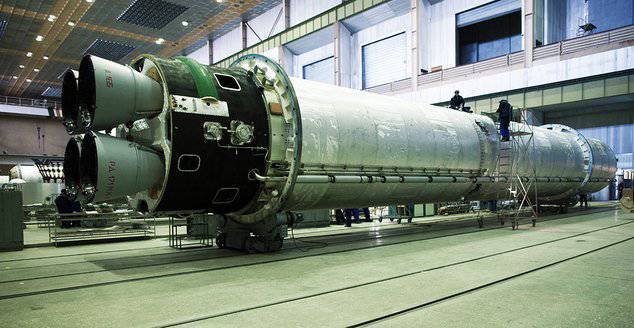 Jokes jokes, but all Ukrainian TV shows about weapons that go out in Ukrainian, most often go on the 5 Channel. There is one such interesting program “Arsenal”, which has been fixating on small arms for several years, the plots above the RPG-7 are not shown. Constantly in the transfer of weapons about the times of the UPA and the Second World War, Schmaisers discuss, PPSH, and even Browning machine guns. But so that once, there was a decent story about the Kharkov tank factory named after him. Malysheva and his products, you forgive me, I do not remember. Maybe I am mistaken, let the authoritative reader of “Military Review” and a resident of the Russian-speaking Zaporozhye under the nickname Kars correct me! It turns out the theme of small arms in conjunction about the memory of the nationalist children's organizations "plastuny", UPA-OUN, more interesting than the sky and space, reagent and hypersound? I ask for petition, if not right. I can certainly be subjective, but for the period when I was sick of orangism (2003-2010), and for which I am very ashamed, I did not see stories about high-tech military products of Ukraine in the Ukrainian-language media! And in Russian, I saw stories about Ukrainian products. On the 5 channel there were plots for NATO in the Yushchenko period, yes I remember, but there they again focused on the life of the soldiers and the service, and how well they were fed there. About the plane F-15 they did not say anything, and about rockets too. Farmers?

Of course it's not the Ukrainian language. Just the whole история Ukraine’s ideology is based on phobicism and discontent with all and by itself. The Ukrainian people are constantly struggling with something against something. As if he lacks the air of freedom. Russian-speaking Russophobes and Bandera cannot be replaced by high-tech production of moderate Russian-speaking, otherwise they will again become either moderate and even Russian, or leave. Therefore, if the Russian-speaking guys were guarding the monuments to Lenin in the South-East of Ukraine, then from vocational schools, factories or technical universities. In general, this topic is worth a detailed study. You can not say for sure. For example, in past publications, I noted the fact that the Russian-speaking consumer of Ukraine, who has contempt for Russia, can easily enjoy the intellectual and creative production of Russians in Russia. This is from the download of Russian music, and ending with computer programs that have written the damned Mosklis, the slaves of their country and Putin. Russian programmers of Russia create Russian-language interfaces, "engines" or Russify Western programs, both legally and not, so that later with the help of their work, some resident of Dnepropetrovsk in Russian wrote nasty things about Russia. I personally only learned 2 a year ago that the accounting program 1С, which is in demand in all parts of Ukraine, was produced in Russia. Hey! Galicia! What do students of Lviv University do at the faculties of cybernetics? I wonder how the Russian-speaking engineers of Ukraine and other specialists will behave in the nearest 5-8 in years, if the ideology of Yarosh is established? Emigrate to Russia? If they stay, will this affect the quality of their work, given the break in the technological chains with their Russian colleagues and conferences? Sad ...