Saudi Arabia will not save the terrorists 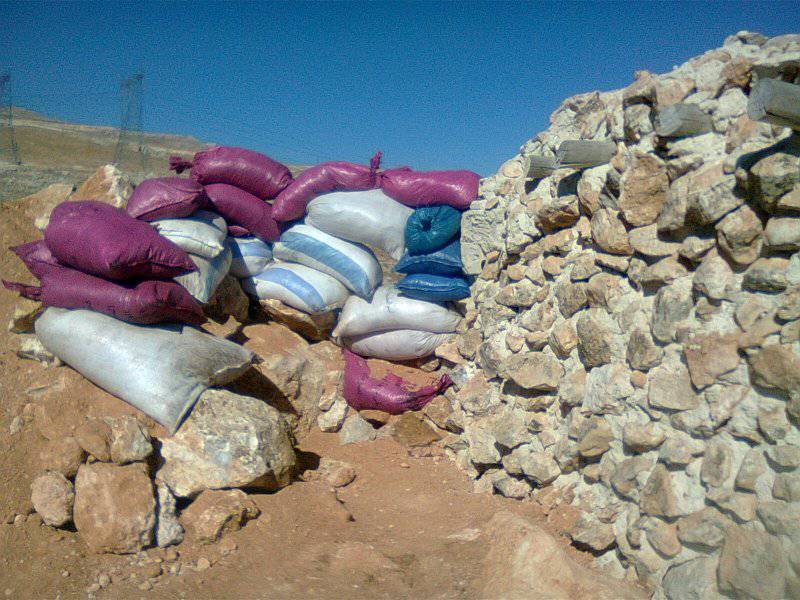 The terrorists in Syria, supported by the United States, the West, Turkey, Saudi Arabia, continue to fight against civilians. On the highway Damascus - Harasta, a passenger bus was shot down, two people were injured.

On the street of King Faisal in Damascus a mined motorcycle was blown up. Three people were injured, nearby shops, parked cars were damaged.

Eight people were injured because of the shelling of the city of Dzharamana, according to which at least seven shells were fired. Including, several of them exploded in the school yard.

The Syrian army continues to fight terrorism. In the region of Eastern Guta, on the basis of intelligence data, servicemen ambushed jihadist groups belonging to the Dzhebhat An-Nusra and the Islamic Brigade. More 150 militants eliminated, among them many mercenaries from Saudi Arabia, Qatar and Chechnya.

As shown by Al-Ikhbariya TV channel, a long black chain of thugs was moving across the Syrian land. But the army already knew where they would pass, and the road was mined. Several explosions — and those who went to rob, kill, burn other people's houses, rape women, cut off their heads — flew into the air. Beautiful and clean special operation, without loss from the military.

In the province of Daraa, the soldiers of the Syrian army repelled attempts to infiltrate terrorists from Jordan. The new US plan to organize an attack on Damascus with the help of militants trained in camps in the territory of the Jordanian kingdom, every day more and more fails. Even the terrorists themselves do not really believe in the success of another assault on the capital.

In the province of Idleb, the army repelled an attack by militants on the airfield of Abu Dukhur. The attackers suffered great damage, their cars were crushed.
Corps General General Abdullah Ayub inspected a number of military units in the province of Damascus, Chief of the General Staff of the Army and Armed Forces of the SAR. He highly appreciated the heroism and perseverance of servicemen in the performance of patriotic duty.

Syrian President Bashar Al-Assad spoke to the activists and members of the city committee of the Arab Socialist Renaissance Party. He noted that PASV members need to “engage in dialogue and maintain effective ties with the new parties that have emerged in the political arena of Syria.”

According to him, "party cadres need to build bridges with organizations that are close on a political platform in order to create fruitful alliances and joint creation in the future." Party members must also “conduct extensive social work with the population, not limited to holding rallies. This is especially important in a situation where we face many challenges due to a crisis. And the first task is to counter the ideas of religious intolerance, the seeds of which they are trying to sow in our society, "said the head of state.

Bashar Al-Asad also praised the growing process of popular reconciliation, which sharply narrows the social base of terrorism. According to him, this is the most effective tactic to counter the anti-Syrian project.

Meanwhile, the world press is increasingly revealing the role of Saudi Arabia in the Syrian crisis. It is this kingdom that arms gangs who commit grave crimes against the Syrian people, it recruits fighters and helps them penetrate into Syria through the Turkish-Syrian border.

So, British publicist Hugh Tomlinson said that there are more mercenaries from Saudi Arabia in the ranks of Syrian militants than previously thought. Their number is at least 12 thousand.

Tomlinson pointed out that the Saudi authorities are releasing murderers and other criminals from prison in exchange for going to Syria to participate in terrorist activities.

In addition, Saudi Arabia announced its intention to purchase man-portable air defense systems, as well as anti-tank missiles, in order to deliver them to Syrian terrorists.

As stated by the Ministry of Foreign Affairs of the Russian Federation, “if weapon will fall into the hands of extremists and terrorists who literally flooded Syria today, it is likely that, ultimately, it will be used far beyond the borders of this Middle Eastern country. ”

The Russian Foreign Ministry also expressed concern about reports on the use of the territory of Jordan for the supply of weapons to Syria and the training of militants.

According to the Russian Foreign Ministry, the Syrian conflict does not have a military solution, and it is necessary that all those who are still relying on military force and support the armed “opposition” reconsidered their approaches and gave the Syrians a chance to stop the violence in the country and determine its future. .

The Foreign Ministry also stressed that in order to improve the humanitarian situation in Syria, it is necessary to create conditions for combining the efforts of the Syrian authorities and the opposition to fight terrorism and extremism. "This is achieved only by political and diplomatic means through the continuation of the inter-Syrian dialogue," the statement stresses.

However, no supply of MANPADS and anti-tank missiles from Saudi Arabia or anyone else will save the militants and extremists from the inevitable defeat of the Syrian army with the support of the people. The process of national reconciliation on the ground has already begun, and no one can stop it.

Ctrl Enter
Noticed oshЫbku Highlight text and press. Ctrl + Enter
We are
Iran in the Syrian conflict. The confrontation with Saudi Arabia and the interests of the ShiitesSaudi Arabia is preparing for a big war
Military Reviewin Yandex News
Military Reviewin Google News
12 comments
Information
Dear reader, to leave comments on the publication, you must sign in.